Iraq is still hashing out its long overdue parties law, which will need ratification by the very parties it's intended to rein in. 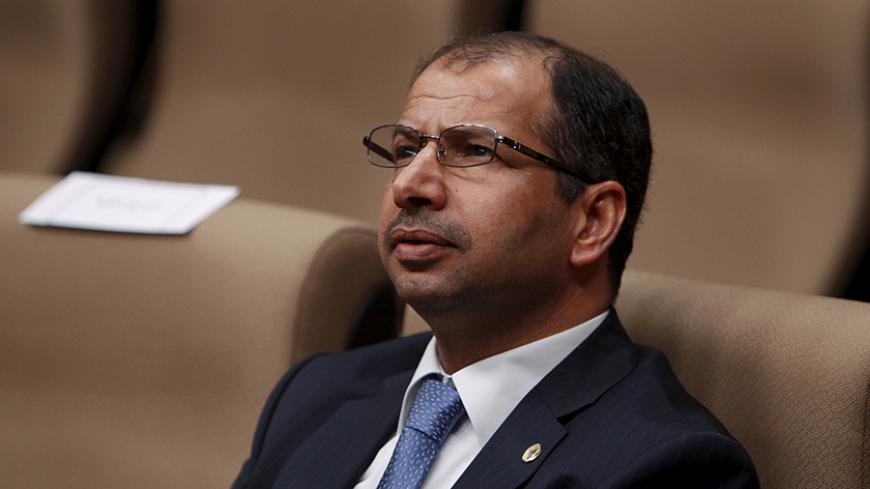 BAGHDAD — There is something ironic about the Iraqi partisan arena, which has been governed since 2004 by Order 97, issued that year by the US civil administrator of Iraq, Paul Bremer. The order organized the parties’ work and directed preparation for the elections that resulted in the formation of the Interim National Assembly in 2005.

Iraqi parties that exploited the provisions of the order to gain temporary legitimacy until a constitution was adopted and a parties law drafted discovered that the ensuing political environment was ideal for them to conduct their political activities freely. No clear commitments or responsibilities to divulge their sources of funding and hold internal elections were enforced, and they put any laws in that regard on the political back burner for years.

Article 39 of the Iraqi Constitution provides for “the freedom to establish political parties and organizations or become a member therein,” with such activities to be “governed by an applicable law,” which has not seen the light of day 10 years after the adoption of the constitution and the expiration of Bremer’s provisional orders.

Despite years of Iraqi political and parliamentary factions affirming their intent to adopt a law governing the activities of political parties, establishing clear mechanisms for their formation and appointing a body to oversee their commitment thereto, they have consistently disagreed on one item of the law or another, sabotaging it and postponing its adoption year after year.

Past Iraqi governments, from 2006 to now, had proposed various drafts of a parties law, with objections mainly revolving around the body responsible for the implementation of the law and the monitoring of the membership and funding of parties.

It should be taken into account that that body would also be tasked with determining adherence to Article 7 of the constitution, which states, “[No] entity or program, under any name, may adopt racism, terrorism, the calling of others infidels, ethnic cleansing, or incite, facilitate, glorify, promote, or justify thereto, especially the Saddamist Baath in Iraq and its symbols, regardless of the name that it adopts. This may not be part of political pluralism in Iraq, and shall be organized by law.”

The government that Prime Minister Nouri al-Maliki headed for two terms presented drafts of the parties law that put parties within the purview of the Interior Ministry and held the ministry responsible for the implementation of the law. This version of the law was met with objections for years by parliamentary blocs opposed to Maliki’s government, while people close to the prime minister accused those factions of objecting to the law to achieve political gains and safeguard their externally sourced funds.

In addition, those interminable debates saw calls in the parliament to put political parties under the supervision of the Supreme Judicial Council or the Ministry of Justice.

According to Hussein al-Hindawi, an adviser to the current president and the head of the first Iraqi electoral commission after 2003, the decadelong debate over this issue could have been resolved through a proposal put forward in 2005 by a number of experts, which suggested putting political parties under the purview of the electoral commission or another independent body. However, the parties refused to be held to such commitments and rejected the law. There are concerns that the legislation might fail again today, as the parties are still refusing to make commitments.

Hindawi told Al-Monitor, “The past years have confirmed the level of political disarray in the country, wherein numerous drafts were submitted by the Cabinet to parliament, to be later withdrawn and new ones submitted instead, only to suffer the same fate; with the gist of the problem always revolving around the body that would be responsible for implementing the law, and whether said body would be linked to the Cabinet, one of its ministries, the electoral commission, an independent body or a commission formed for that specific purpose.”

Hindawi also revealed that the latest draft of a parties law, submitted by the president on April 22, required the establishment of an independent parties commission.

“We found that the submitted draft contained proposals or items that overcame most contentious issues, most important among which was the stipulation that a supreme commission for parties be formed," she said. "The Cabinet’s draft had not addressed this issue. Moreover, the drafts detailed the mechanisms by which parties would be formed and financed, in addition to other issues that were a source for concern to some parties.” The new draft reverted back to a proposal submitted 10 years ago calling for the establishment of an independent commission for parties under Article 108 of the Iraqi Constitution, which allows the formation of independent commissions “as needed and necessary by law.”

Here, one must wonder about the true motives behind postponing the adoption of the parties law for the past 10 years, and whether those motives persist and will allow the ratification of the law. The reality of the partisan scene in Iraq reveals disturbing facts about Iraqi parties.

The absence of oversight concerning the funding of parties has resulted in some of them now possessing enormous amounts of money. Some parties own buildings throughout Iraq, operate media outlets and satellite channels, pay salaries to thousands of party adherents and run huge economic projects through affiliated companies.

There is a lack of oversight concerning internal party mechanisms, including periodic conferences and elections supposed to be held internally to choose the party’s bodies and leaders. No serious elections have been held in most Iraqi parties, though a few have been attempted, and murkiness prevails as to how and why partisan leaders retain their posts for a decade or more.

There is no partisan culture within the parties themselves, for the structure of most Iraqi parties does not rely on rules and mechanisms for action so much as political funding and sectarian or national loyalty.

There is no oversight with regard to the political rhetoric of Iraqi parties, as stipulated in Article 7. In spite of the article prohibiting and criminalizing sectarianism or racism, Iraq still lacks the mechanisms required to prevent the parties from practicing such forms of incitement.

The fragility of Iraq’s partisan structure is one of the most severe risks to Iraq’s unity today. It threatens Iraq with partitioning and spreads violence, sectarian and ethnic polarization throughout its territory. In addition, the lack of a sound political environment that is not subservient to foreign entities nor financed by them has led to flawed governmental and parliamentary structures that leave room for chaos and fail to take serious measures to establish order.

Has this environment changed enough today to allow the parties accused of poisoning Iraq's political life to finally adopt a law that supervises their conduct and frames it in a national context? Such a development remains doubtful.