Is Netanyahu responsible for Iran deal?

Instead of objecting to progress toward an Iranian nuclear deal, Prime Minister Benjamin Netanyahu should claim partial responsibility for removing or at least postponing the threat to Israel's security. 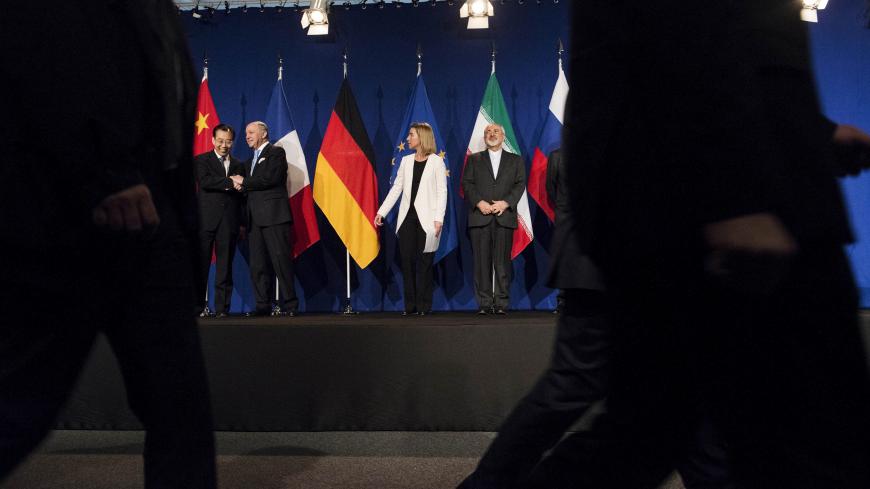 If the joint Lausanne statement becomes a permanent agreement between the superpowers and Iran, we will have to take off our hats to Prime Minister Benjamin Netanyahu. No one contributed more than he did to the removal, or at least the postponement, of the danger that power-hungry ayatollahs would have their fingers on a button of an atom bomb. Leaders have won the Nobel Prize for lesser achievements.

For years, Netanyahu forced the international community to put dealing with the Iranian nuclear program at the top of its agenda. If it weren’t for his threat (whether real or not) to bomb the Iranian nuclear facilities, it’s not certain that the powers would have united to ensure that Iran would have to make do with nuclear energy for peaceful purposes. If it weren’t for Netanyahu’s success in recruiting members of Congress to the initiative to intensify the sanctions on Iran, it’s quite doubtful that Tehran would have entered open negotiations with “the Great Satan.” Like the idea that only a conservative leader like Richard Nixon could have paved the way to US dialogue with Communist China, it can be said that only a conservative Israeli leader like Netanyahu could have paved the one to US dialogue with Shiite Iran.

Nevertheless, not only does Netanyahu not claim an iota of credit for the important achievement reached April 2 in Lausanne, but even before all the details of the agreement were known, the prime minister rushed to gather his Cabinet to disclaim it. He sent his ministers to radio and television studios with instructions to portray the agreement as a capitulation to a regime that strives to destroy Israel. And thus, Netanyahu admits to the failure of his life’s mission to save Israel from a second Holocaust.

And he should receive special recognition. It’s not easy to imagine what the Islamic Revolutionary Guard Corps would have done to Iranian President Hassan Rouhani if Netanyahu had declared that the Lausanne agreement was an Israeli success. It’s easy to guess the reception the conservative Iranian opposition would have prepared for Foreign Minister Mohammad Javad Zarif, had Israel encouraged the six powers to translate the statement of principles to a detailed agreement and UN Security Council resolution.

Of what awaits the two Iranian leaders on the road to authorizing the statement of principles and further negotiations, a hint can be found in the words of Iranian National Security Committee member Mohammed Ismail Kothari: “The United States achieved all its objectives, while Iran did not succeed in achieving the basic objective of lifting the sanctions.” If it weren’t for Netanyahu’s aggressive campaign against the declaration, Kothari and his friends would probably have added, “Israel has achieved all of its objectives.” Of course, Rouhani and Zarif’s declarations interest Netanyahu less than last year’s snow. No one would be happier if in the time that remains, until the end of June, the negotiations for a permanent agreement ran aground. Netanyahu’s working assumption is that any agreement the Iranians sign won't be worth the paper it’s written on.

Despite Netanyahu’s tendencies, like every other Israeli prime minister, he has an interest in keeping the Iranian nuclear issue on the back burner. The threat of an Iranian nuclear weapon has been used for decades as Israel’s escape hatch from the Nuclear Non-Proliferation Treaty (NPT) and international initiatives to rid the Middle East of weapons of mass destruction. The Israeli issue is expected to feature in the five-year NPT review conference, which will be held in New York on April 22. The final document of the last conference, held in April 2010, called for nations that have not signed the treaty — India, Israel and Pakistan — to join it without delay and without preconditions. The conference noted the importance of placing the Israeli nuclear facilities under the security safeguards of the International Atomic Energy Agency. Among the topics to be discussed at the upcoming conference is the conference’s 1995 agreement to declare the Middle East a region free from nuclear weapons.

For decades, US administrations, among them that of President Barack Obama, have stood at Israel’s side and deflected pressure from Arab countries for Israel to be constrained by the rules universally accepted in the nuclear arena. Israel's excuse has been that it is the only nation in the region whose neighbors, Iran at the foremost, are threatening to destroy it. To maintain this excuse, Netanyahu demands that Obama add a recognition of Israel's right to exist to the details of the agreement. We can assume that the president, who was burned by the obstructive demand that the Palestinians recognize Israel as the national home of the Jewish people, will keep his distance from a similar demand from the Iranians, with no chance for acceptance.

The fracas with Obama and the incitement of members of Congress against the nuclear deal are likely to cost the prime minister not just a loss of traditional support from the United States in the NPT debate at the UN headquarters in New York. Obama’s revenge for the obstruction of the agreement could indeed take place at the same location, with a vote on a Palestinian state's right to exist.

The recent election in Nigeria brings the Palestinians closer than ever to the nine Security Council members necessary to make the occupied Palestinian Authority an independent nation. Last December, Netanyahu did not need to put too much effort into persuading the pro-Israeli President Goodluck Jonathan to abstain at the Security Council vote over the Palestinian resolution proposal. But the next time Netanyahu calls the Nigerian presidential palace in Abuja, he will find pro-Palestinian Muhammadu Buhari on the line. At that moment, only a US veto is likely to prevent Netanyahu from being remembered as the prime minister who saw the creation of Palestine. In this way, Netanyahu will go down in the history books as the leader who saved Israel from both the nuclear threat and the threat of becoming a leprous apartheid state.