The adviser for water, agricultural and environment to Iran’s vice president warns that if Iran doesn't cut its water exploitation in half, the country could see a mass exodus. 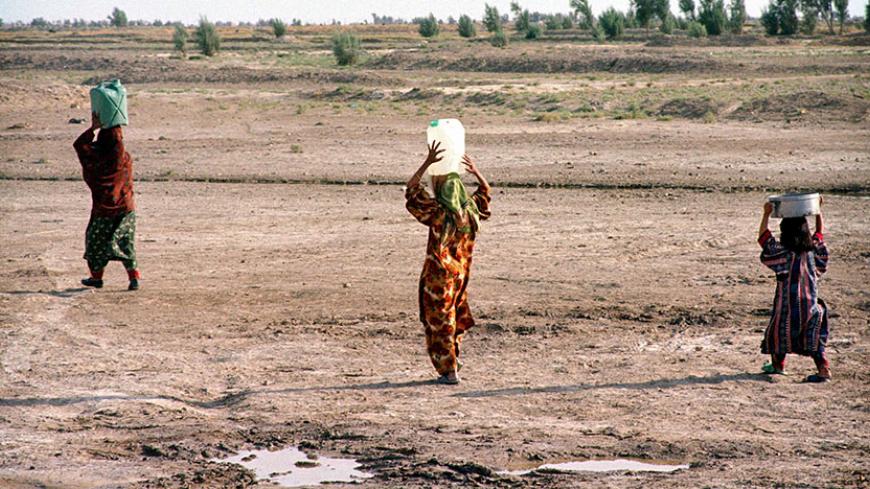 Speaking to a group of reporters and experts April 25, Issa Kalantari, the adviser for water, agriculture and the environment to Iran’s vice president, warned that if Iran does not change its approach to water use, the result could be mass migration.

According to Shahrvand newspaper, Kalantari, a former minister of agriculture, warned that by continuing to exploit 97% of Iran's surface water, “Approximately 50 million people, 70% of Iranians, will have no choice but to leave the country.” He did not offer a timetable on when this would happen but asked, “With the state of our foreign policy, which countries are ready to accommodate 30 to 50 million Iranians?”

Kalantari said that Iran and Egypt are two countries that due to excessive resource usage are currently “exposed to a serious crisis.” However, he said that Egypt’s water exploitation is only at 46%, a “big difference” from Iran’s 97%.

“To understand the depth of this tragedy, look at the water exploitation of other countries: Japan 19%, America 21%, China 29%, India 33% and countries such as Spain, which has geographical similarities to Iran; it’s only 25%,” he said. He added that according to international standards, surface water exploitation should not be more than 30%, and that most advanced countries have set maximum levels of 25%.

Kalantari accused administration officials of ignoring the water crisis until very recently. “And now that they understand it, it’s a little late.” He said that even if “there is ideal rain and water reaches underground, there is no place for it to store. As a result, water remains at ground level and evaporates.” This process makes the water more salty and less suitable for farming.

Kalantari said that by international standards, the water situation is so critical in some Iranian cities, such as Shahrood, Neishabour and Rafsanjan, that they could technically be called “dead cities” from a hydrology perspective.

One of the issues causing Iran’s water crisis is the insistence on self-sufficiency in agriculture. In this regard, Kalantari said, “While writing the 6th Economic Development plan ,again they introduced the issue of self-sufficiency. I said to [Rouhani spokesman Mohammad-Bagher] Nobakht, ‘On your faith and religion, put this nonsense aside.’”

Kalantari said that he even wrote a letter to Supreme Leader Ayatollah Ali Khamenei saying that if he genuinely wanted to increase the population to 150 million, Iran first has to address the water crisis. According to Kalantari, as of now, Iran can only meet the needs of 33 million Iranians in terms of food supply, and it imports the rest. Iran’s current population is approximately 75 million.

To reverse the water crisis, Kalantari said that water exploitation needs to be cut in half. However, he said that the administration needs to have courage and not retreat every time members of parliament threaten to impeach one of his ministers for introducing a change in policy.