The nationwide drought in Iran is triggering internal migration and its water-rich areas are already suffering shortages. 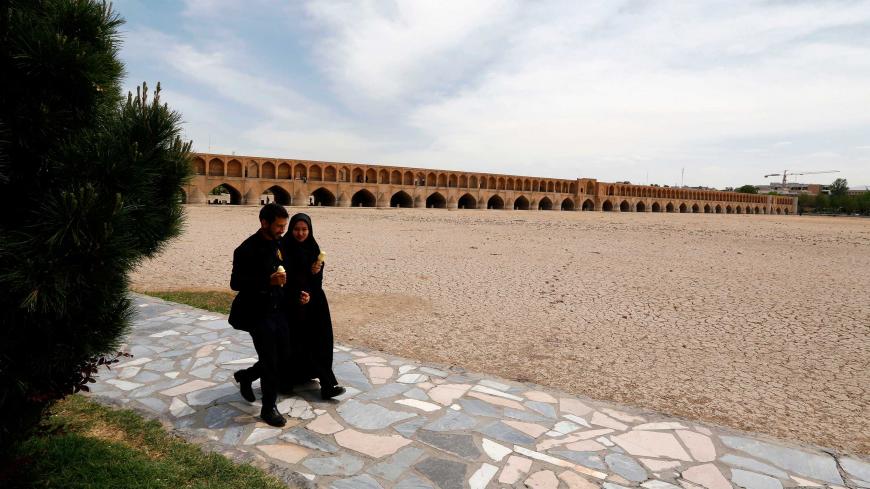 Iran’s Caspian Sea regions have always had abundant water resources, but they face a new threat as drought forces residents in the interior of the country to move north.

The Alborz Mountains stretching along the Caspian coast are covered in dense woods that meet low coastal lands in northern Iran. Paddies are everywhere, along with tea farms and gardens for many other water-intensive crops that are typically grown in the rainy provinces of Gilan and Mazandaran. But how long will this heaven last?

In the mountains close to the city of Masal in Gilan, the landscape is breathtaking. There are forests of moss-covered trees, with dense ferns and chamomile plants in abundance. Campers are the only visitors at this altitude, along with a small family of local nomads whose goats and cows graze in the high grasslands during the warm seasons.

This year, however, they were surprised to find a small spring that normally pours down the mountain was almost dry. “I had to sell three of my cows to be able to bring the water back to this place,” one aging woman told Al-Monitor. “There were all sorts of costs for equipment and so on. Still the amount of water is not impressive compared with previous years.”

This level of water scarcity in Gilan might be hard to believe for the migrants coming from the drought-hit central areas of Iran, such as Isfahan. They have been purchasing land in and around the Caspian cities in the flatlands.

“It is the driest time of the year in Isfahan,” Farshad, a 60-year-old electrical engineer who did not want his last name to be published told Al-Monitor. He was born in Isfahan and he has lived most of his life there, but he and his wife recently moved to a villa they bought in Masal.

“For years, we had this plan to get a house in a green place where we could stay after retirement, but water shortages and high temperatures have accelerated this process for us,” he said.

The government has indicated that it is aware of the shifts caused by climatic issues. Interior Minister Abdolreza Rahmani Fazli said July 29 that the water shortages could turn into “a major social crisis.” Within five years, he warned, climate-related immigration will change the geographic distribution of Iran’s population of 80 million.

Fazli said he has access to statistics that indicate “mass immigration” to the northern parts of Iran from areas that are struggling with drought. If it continues, he said, Iran’s “appearance” will “change in every aspect” and the country “will face a great disaster” within 10 years. However, he did not give more details about those figures.

Isa Kalantari, head of Iran’s Department of Environment, has warned that over the next 25 years, the water crisis could displace 50 million people living in areas that are prone to water scarcity, until perhaps Iran as it is known today “will not exist anymore.”

Over the past few months, water concerns have led to mounting discontent in many parts of Iran. The southwestern border town of Khorramshahr saw protests in late June over the poor quality of drinking water. In April, farmers expressed their anger over water shortages in Isfahan.

“I personally know three or four families from Isfahan that have purchased property here. Some of them are planning to stay permanently and some others temporarily, depending on their jobs as well as other conditions they have. The exodus has begun. Many are preparing their places here so that they can move in case of a major incident,” Farshad told Al-Monitor.

“People who have come here to buy land are mostly from the central provinces of Yazd and Isfahan. But we also see residents of Tehran and Kurdistan,” a source at Gilan’s Land Affairs Organization told Al-Monitor on condition of anonymity.

All the land in the woods and on the coast in a roughly 20-kilometer wide strip in Gilan, from the city of Talesh to the Gisoom forest, has been purchased, the source said. “There is no land left around the city of Punel, for instance. The price of land has more than doubled since late winter.”

“Concerns over water and the climate are now seen everywhere in Iran. The water scarcity seems to have begun to affect the northern parts as well,” Farshad, the engineer from Isfahan, told Al-Monitor. “We have had scheduled daily water outages here in Gilan since the beginning of the summer.”

The Land Affairs Organization source told Al-Monitor that 50% to 60% of the groundwater in those parts of Gilan has been consumed as the population grows there and in the mountains nearby.

“There is almost no water left for agriculture,” he said. “Wells of 15-25 meters [roughly 50-80 feet] in depth used to suffice for our agricultural lands. Now, even 45-meter wells are useless.”

The situation in the adjacent province of Mazandaran, which has been popular with frequent travelers from Tehran, is more worrisome.

There, 70% of the surface water and 100% of groundwater is being consumed, said Aziz Abesi, a member of the Working Group for Mazandaran’s Development who predicted “millions” will immigrate to the province in the future due to problems associated with water.

Mazandaran had already been facing an environmental crisis from deforestation as a result of the illegal sale of protected forest lands. Meanwhile, experts warn the region will be flooded with even more tourists, as a major freeway project will make a trip from Tehran shorter and easier.

Ali Mohammad Shaeri, a representative of Mazandaran in the Iranian parliament, says effective management of water resources is a priority on which no action has been take for four decades. Kaveh Madani, a former environmental official who harshly criticized Iran’s policies on water conservation, had to flee the country under pressure from hard-liners.

Back in Masal, Farshad has similar concerns. “Climate change and its consequences are global problems,” he said. “But in Iran, what adds more to the concern is the mismanagement. We can overcome the water crisis if the policymakers ever decide to make up their minds.”