The head of Iran's Environmental Protection Organization has spoken out about the impact of global warming and the water crisis in Iran. 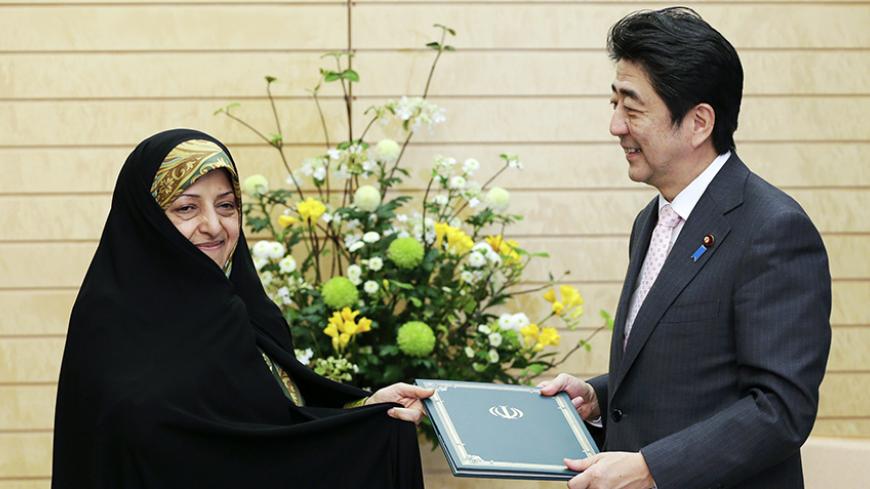 In a speech at the National Conference on Urban Policy, Masoumeh Ebtekar, the head of Iran’s Environmental Protection Organization, warned about the dangers of climate change. Ebtekar, who is also one of President Hassan Rouhani’s vice presidents, said that climate change would impact not only Iran and the Middle East region but the world, calling climate change “a serious threat for life on Earth.”

According to a transcript published by the Islamic Republic News Agency Feb. 18, Ebtekar said, “Global warming will have a very dangerous process and will be followed by devastating impacts and consequences.” She said that global warming will result in rising water levels, reduced rainfall and the submerging of various regions.

Ebtekar also warned about the water crisis in Iran, saying that according to Iran’s Energy Ministry, “The water situation of 14 cities in the country have alarming conditions.” She did not specify which cities, other than Tehran, the nation’s capital with a population over 12 million in the greater metro area, were included on this list.

According to Iran’s meteorological service, with the exception of just three years, Iran has experienced 23 consecutive years of reduced rainfall and increases in temperature, she reported.

Ebtekar said that Iran needs a national policy to address this crisis and that given the decrease in water resources and reduced rainfall, the current method of collecting water from drainage basins is no longer a workable policy.

This isn’t the first time that Iranian officials have warned about the dangers of the country’s water crisis, nor of climate change. In July 2013, former Agriculture Minister Issa Kalantari warned that Iran would become “uninhabitable” if it does not address the water crisis. He said that in 30 years, Iran could become a “ghost town” and that millions of Iranians would be forced to migrate.

A number of Iranian cities have held conferences on climate change. In June 2015, Tehran will hold its second National Conference on Climate Change and Engineering Sustainable Agriculture and Natural Resources.

Iranian journalists have also addressed this issue. In an article in conservative Ettelaat, Fatollah Amoli wrote an op-ed on Iran’s farming and water crisis. In the piece, appropriately titled, “Eating from one’s pocket,” which can loosely be translated as “eating from one’s savings,” Amoli warned that Iran was currently using up its reserves in a number of fields and not finding anything to replace it with.

On Iran’s farming industry and insistence on being agriculturally self sufficient, Amoli wrote, “When we invade our groundwater and use our water resources and our strategic reserves, it means we are eating from our pockets.” He continued, “Every day, we move in the direction of destroying our groundwater … and turning fertile soil into desert.” Amoli wrote that that process of dividing up land in Iran’s fertile northern cities to build profitable villas is “again, eating from one’s pocket.”