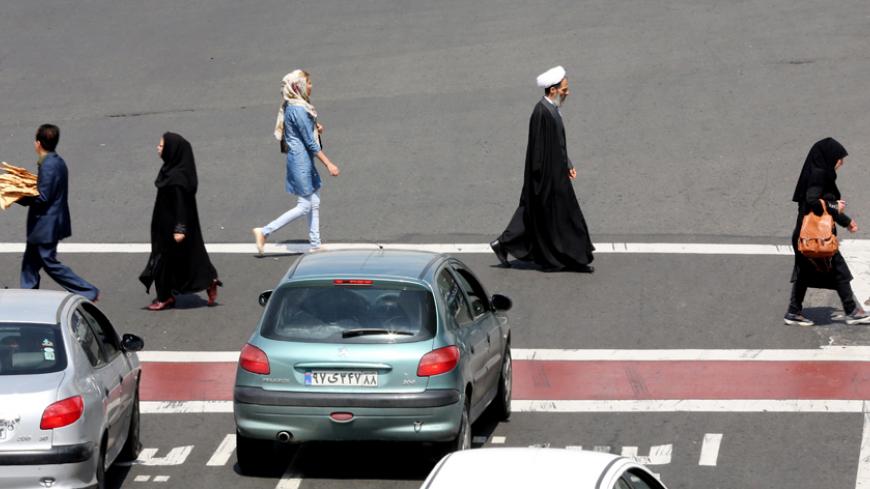 Tehran — a metropolis with 7.8 million inhabitants, 22 districts and 354 neighborhoods — conducted its fourth set of neighborhood council elections in March. More than 13,000 candidates ran for office, and according to high-ranking municipality officials, the number is a significant increase compared with 2009 elections. Still, although voter turnout was significant, there are doubts about the effectiveness of the councils in the framework of urban policymaking.

Ali Babaei, mayor of Tehran's district 6, said in an interview with Iranian media that "a significant increase in the number of candidates compared with past rounds is a sign of intense competition among people to help each other and also to improve urban management."

Approximately 2,500 people — 2,170 men and 308 women — were elected as main members of neighborhood councils. The results show that relatively younger voters were the leading group in terms of participation: 40% of the participants were between the ages of 25 and 40 and 27% between 40 and 50.

A faculty member of the Social Sciences Department at the University of Tehran told Al-Monitor, "There are significant indicators that show women, youths and educated groups of Tehran have taken the elections seriously."

According to the sociology professor, these three social groups, by participating in a micro-level election, showed that they care about disaggregation of power. He said, "After 1997 elections, when reformist groups showed a higher rate of participation in elections, most attention was attracted to nationwide rallies such as presidential and parliamentary elections. In general, micro-level elections were not serious ones for society. However, things have changed now and women and youths want to participate in micro-level [state] affairs."

A Shargh Daily female journalist who asked to remain anonymous told Al-Monitor, "Everything is better away from pressure of the Guardian Council. Under the council's supervision, a large number of women who were not committed to the hijab [head covering] and the Islamic Republic of Iran's other values would have been disqualified."

An urban and political analyst based in Tehran argued that two reasons can account for the high rate of participation in Tehran neighborhood council elections. He said, "It relates to citizens' political experience to a significant extent. People's experiences from major national elections show that such elections do not play a critical role in addressing their concerns and, therefore, they should participate in micro-level elections."

He also explains that people gradually become more attached to their neighborhoods. "Citizenship in Tehran is now experiencing its second phase. For example, most inhabitants of Tehran in the 1980s had only several years of background in the city. They had immigrated from other cities. However, many inhabitants of Tehran in 2015 have lived in the city at least for two generations. This has increased people's attachment to their neighborhoods."

In the statute, responsibilities of the councils are broadly defined as "increasing participation of Tehran's inhabitants in organizing urban affairs and attracting cooperation for improving citizens' quality of life.”

A main member of the rich Zaferanieh Neighborhood Council told Al-Monitor, "It is a difficult task. In contrast with its words, the municipality is not interested in hearing [neighborhood] council members' demands. We are in contact with the City Council, but it is not a meaningful connection. We usually try to make connections with inhabitants of the neighborhood in order to raise awareness and share the neighborhood's concerns. We try to stop illegal construction of huge residential complexes. However, our power is very limited."

The urban analyst told Al-Monitor, "Neighborhood councils do not have a significant decision-making authority. They can raise awareness to help direct urban policies. Tehran has macro-level urban policies. They mostly relate to more than one neighborhood. Therefore, arranging regular meetings between representatives of neighborhoods may increase their effectiveness in the framework of urban policymaking."

The member of the Zaferanieh Neighborhood Council believes that the matter of democracy stopped IRIB from encouraging people to participate in the March election. He said, “Neighborhood councils are the first step for making a real civil society; they are a place where thousands of thousands of ordinary people can engage with policymaking, and what democracy needs are people who really care about policymaking. The Iranian authority is aware that in the long term, neighborhood councils are direct roads for making democracy, and I think I understand why IRIB avoided encouraging people to participate. It is scared of such councils.”

To what extent they can increase voter participation and civil engagement remains to be seen. Local officials, however, have defended the elections. Ahmad Masjed Jamei, member of Tehran's City Council and chairman of the council in 2013-2014, told the reformist Shargh Daily, "I think neighborhood councils have taken good steps so far. Since their third round, the councils have used their new communications tools, such as their journals and websites, to be in contact with citizens and officials. There are always problems, but their voice is being heard now.”