The head of the Islamic Revolutionary Guard Corps has thrown his support behind Iran's nuclear negotiators and the framework deal announced on April 2, despite expressing doubts about the United States. 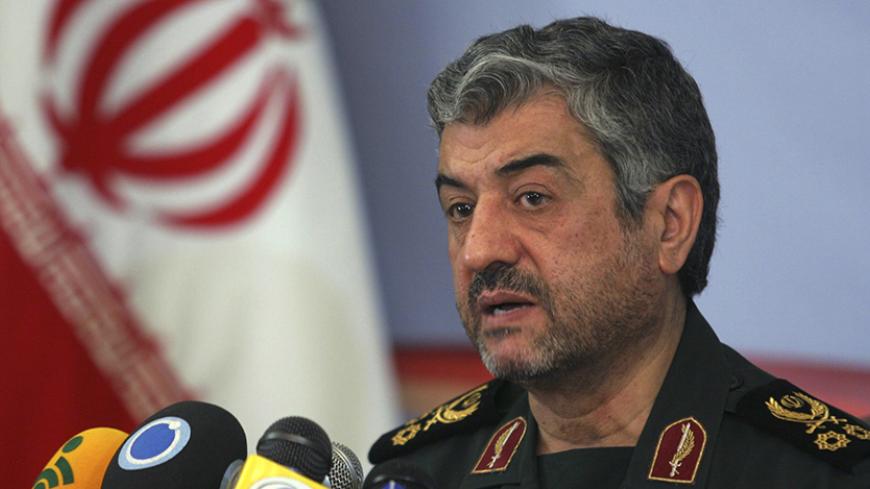 On the sidelines of a ceremony for the IRGC April 7, Jafari said, “In their diplomatic battle, the children of the Iranian Islamic revolution until today have defended the rights of the nation with competence and the Iranian people and the Islamic Revolutionary Guard Corps appreciate the honest efforts of these dear ones and standing up for the red lines that have been determined.”

Jafari added, “Of course, the dishonesty and the lack of commitment of the Americans to their obligations and the lack of trust toward them, creates a difficult future for this diplomatic jihad. But we’re certain that just as the honorable president and foreign minister and the negotiation team said, the red lines, in addition to accepting enrichment and research and development, and the removal of all related sanctions are the central demands of Iran.”

Since the April 2 announcement, there have been some controversies regarding the alleged differences between the joint statement of Iran's Foreign Minister Mohammad Javad Zarif and European Union foreign policy chief Federica Mogherini and the Joint Comprehensive Plan of Action that was published by the United States. On these issues, Jafari said they will not allow “unrealistic translations to mar the unity between the administration and the people.”

The IRGC answers directly to Supreme Leader Ayatollah Ali Khamenei, who has final say on the nuclear program. He has not yet made any statements on the framework deal but is scheduled to meet with eulogists on April 9. At these ceremonies he usually makes a few statements, but there is no guarantee he will address the framework deal.

The chairman of the Expediency Council, Ayatollah Akbar Hashemi Rafsanjani, also expressed support for the framework deal today. On the celebrations that erupted in the streets of Iran after the announcement of the framework deal, Rafsanjani said, “This happiness is a valuable investment for the system, the officials and the administration, and we have to thank God that he gave us the blessing of public happiness.”

Rafsanjani said that until the final details are agreed upon by the June 30 deadline, it will be a “relatively difficult” path. He added, “Certainly Zionist lobbies will do anything to interrupt the final signing of the deal and will continue their lies, especially in regard to Iranophobia.” He also praised the Lausanne framework deal because it recognized Iran as a country with nuclear knowledge and part of the “nuclear club.”