The head of the Islamic Revolutionary Guard Corps said in an interview that there were problems with the draft resolution passed today by the United Nations Security Council. 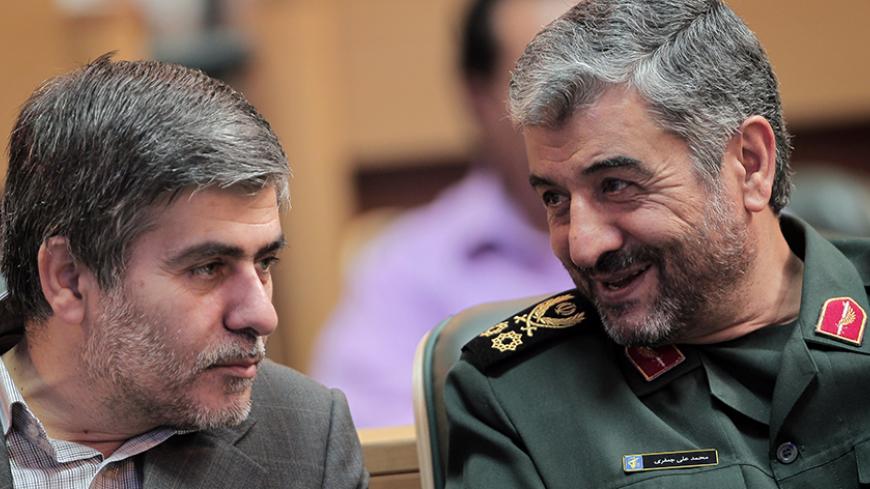 The 15-member UN Security Council on July 20 unanimously endorsed the agreement with Iran that would reduce the country’s nuclear program in exchange for sanctions relief. Given that the deal was struck between Iran and five permanent members of the UN Security Council (P5+1), the vote was not a surprise. The resolution will take effect in 90 days. Interestingly, July 20 is also the date the Security Council voted 28 years ago unanimously in favor of Resolution 598, which ended the Iran-Iraq War, one of the bloodiest and longest of the 20th century.

However, many hurdles remain. The International Atomic Energy Agency will file a report in December accounting for Iran’s past and present nuclear activities. President Barack Obama sent the US Congress the text of the nuclear deal for a 60-day review period. And Iranian commanders and hard-liners, while not responsible for signing the agreement, have the potential to play deal breaker.

In an interview with Tasnim News Agency, Mohammad Ali Jafari, head of the Islamic Revolutionary Guard Corps (IRGC), expressed skepticism about certain aspects of the deal. In the interview July 20 just before the Security Council vote, Jafari said, “First, I have to state one more time there is not one official in the Islamic Republic that is opposed to a good deal in the negotiations. Therefore, the foreign media have tried to create untrue polarization on the issue of the nuclear negotiations in the country.”

He continued, “For me, as a military official, what is more important than anything else … is the protection and promotion of Iran’s defensive abilities.”

On the agreement that the Security Council voted on, Jafari said, “Some points included in the draft [are] clearly contrary to and a violation of the red lines of the Islamic Republic of Iran, specifically of Iran’s arms capabilities and will never be accepted by us.” He continued, “Any resolution that contradicts our country’s red lines, there is no validity, and we are hopeful that the [UN Security Council] does not waste its time to pass a draft like this.”

Jafari did not say that how he or the IRGC would oppose the aspects of the nuclear deal that he objects to. Iranian negotiator Abbas Araghchi told Iranian television that the nuclear agreement must be agreed upon in whole or turned down in whole and that parts of the deal cannot be changed.

Jafari also said the comprehensive nuclear agreement needs to be studied from a legal perspective. He said, “It appears some are intentionally creating an atmosphere to ignore this legal process and are trying to block a timely and precise review of the agreement and putting it through a legal process that is in accordance with the nation’s interests.”

On American threats against Iran, and echoing statements by Supreme Leader Ayatollah Ali Khamenei who said the enmity with the United States would continue despite the nuclear deal, Jafari said, “The Americans and their domesticated dog, meaning the Zionist regime, not only once but many times in battle with groups like Hezbollah and Palestinian resistance groups have had their noses rubbed in dirt. Therefore, no intelligent person would take these ridiculous American claims and threats seriously, but rather see it as proof as their inability and lack of options.”