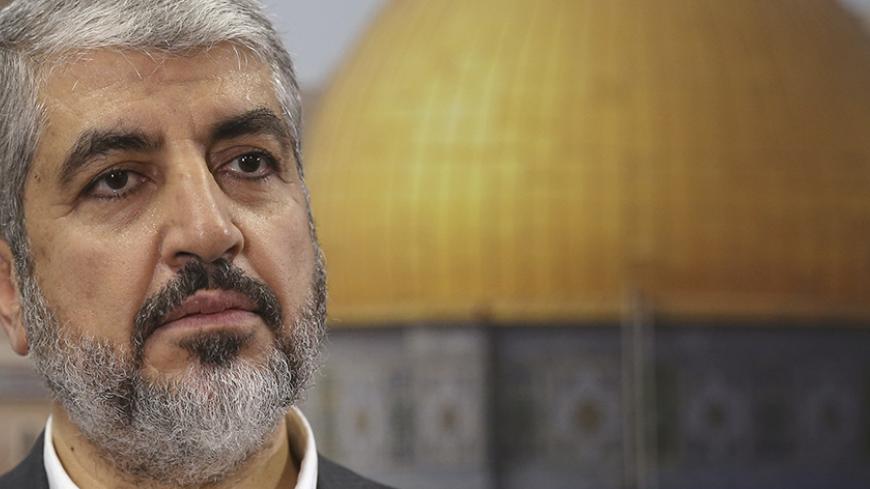 It happened during the first week of the war between Israel and Hamas in early July 2014. Mohammed al-Deif, head of Hamas’ military wing, wanted to carry out a contingency plan that he had devised with his subordinates. Some 30 fighters from the wing’s elite force, al-Nokhba, had been selected for the mission. They were divided into several details. One was in charge of taking control of the perimeter while a second was responsible for taking hostages. The third detail was assigned to strike at the members of the Israel Defense Forces (IDF) who would approach the area.

Although fairly simple, the plan was nevertheless dramatic. Had it materialized, it could have changed the course of the war. It might also have very well upended Hamas' rule in the Gaza Strip. Its trump card was to have been the element of surprise. Armed Hamas militants were to infiltrate Israel via underground tunnels near Kibbutz Kerem Shalom. Upon exiting, they were to invade the kibbutz and nearby communities, murdering residents and returning to Gaza as quickly as possible via the tunnels with as many hostages as possible. They would then enter into negotiations with Israel for the release of Hamas prisoners.

Equipped with the necessary orders and intelligence on the objectives, the Hamas force was all set to go when the order to abort was issued. According to sources, Khaled Meshaal, head of the Hamas Political Bureau and in Qatar, had been apprehensive about the repercussions of such an operation and therefore vetoed it. Attempts by commanders of the military wing to dissuade him came to naught. Meshaal remembered vividly the strong Israeli reaction following Shalit’s kidnapping that claimed the lives of hundreds of Palestinians and wreaked havoc on Gaza. He was sure that this time Israel would punish Gaza even more severely. Further, Hamas’ ultimate goal of lifting the blockade on Gaza would have become ever more distant. Gaza would have turned into a war-stricken area, descending into years of humanitarian disaster.

A few weeks later, IDF troops discovered the tunnel that Hamas’ armed militants would have used for the operation and destroyed it. During the war, the Israeli military destroyed 32 tunnels. While Hamas’ military wing managed to carry out a few seaborne and tunnel incursions, these operations would have been dwarfed by the surprise raid that was eventually nixed by the boss. All told, some 45 Hamas militants infiltrated Israel during the campaign; half of them were killed, and the rest were forced to abort and retreat.

To date, the tension that erupted in summer 2014 between Hamas' political leadership abroad and the military wing continues to dominate the balance of power within the movement. It did not stop with the conclusion of the conflict with Israel. Members of the military wing — chief among them the man with nine lives, Deif — blame the political leadership for tying their hands and denying them a historic achievement that could have ended the suffering of their fellow prisoners incarcerated in Israel. It could have also wiped away the sense of humiliation the wing has suffered for many years in light of a series of military defeats administered by Israel.

The tension between the two power centers within Hamas — the Gaza-based military wing and the political leadership abroad — affected their conduct throughout the war. Insistent, Meshaal put pressure on his people on the ground to keep fighting even though they had asked to hold fire and bring the campaign to a close a few weeks before its official conclusion, on Aug. 26. Meshaal and his followers wanted to harvest diplomatic dividends. Seeing the Israeli home front paralyzed by rockets and the growing number of IDF fatalities, they thought the government of Israel could be hurled into a domestic and international crisis the longer the campaign dragged on. That crisis, Hamas believed, would squeeze Israel into significantly easing restrictions on Gaza. Furthermore, Meshaal was busy trying to establish an indirect channel for mediation with Washington. His man, Qatari Foreign Minister Khalid al-Attiyah, acting on behalf of Hamas’ Political Bureau, conducted the cease-fire negotiations with US Secretary of State John Kerry, who, in turn, was in constant touch with Jerusalem. Meshaal had hoped that that channel of indirect communication with the White House would outlive the war.

Hamas is a movement beleaguered by crisis from within and without. At home, it yearns for popular support as well as aid from the Palestinian Authority, which is giving it the cold shoulder and hoping for its collapse. On the outside, it is looking for a patron. When full-blown war broke out in Syria, Hamas was pressured to declare loyalty to one of the warring factions. It chose to turn its back on Damascus, which had taken it in and kept it under its wing for many years, and instead turned to its rivals, chief among them Qatar. Four years have since passed, and although that is a relatively short period, Meshaal and his followers have now come to realize that Saudi Arabia actually sets the tone in the region. At the moment, Meshaal is going to great lengths to get closer to Riyadh, but the masters there are in no hurry to embrace the man who was raised by their rivals — the Muslim Brotherhood movement. One reason for this is the military wing in Gaza, which flirts with Saudi Arabia’s rival, Iran. Senior members of the military wing are not alone in this regard. There are also advocates in the political leadership in favor of close relations with Tehran, chief among them, senior Hamas member Mahmoud al-Zahar.

These days, Hamas’ army is busy regrouping, which is what every fighting force typically does after a fierce campaign. The tunnel-digging enterprise continues at full throttle, with more than 1,000 people enlisted for the job. The shortage of cement does not hamper their work, because Hamas has found replacement materials. Recently, Israel banned the shipment of wooden boards more than 5 centimeters (2 inches) wide so it would not be redirected to the tunnel-building industry. Hamas has lately been using plastic boards to reinforce the tunnels from the inside.

Regional developments do not bode well for Hamas. Egypt considers it an enemy. Its brethren in the Palestinian Authority leave it to bleed without extending political or financial aid, while the international community views it as a terrorist organization to be shunned. The Persian Gulf states are willing to pour cash into Gaza provided, however, it primarily goes to the people, with much less for Hamas and its fighting forces. Thus Iran remains the main supporter of the military wing, going over Meshaal’s head. It is not because this is preferred; it is simply a constraint. While cordial negotiations with Iran, which Arab rulers consider the ultimate pariah state, give Hamas a breather of sorts, at the end of the day they increase its isolation.