Young female Knesset members Ayelet Shaked from HaBayit HaYehudi and Stav Shaffir from the Labor Party have both gained top spots on their respective slates, ready to reshape Israeli politics. 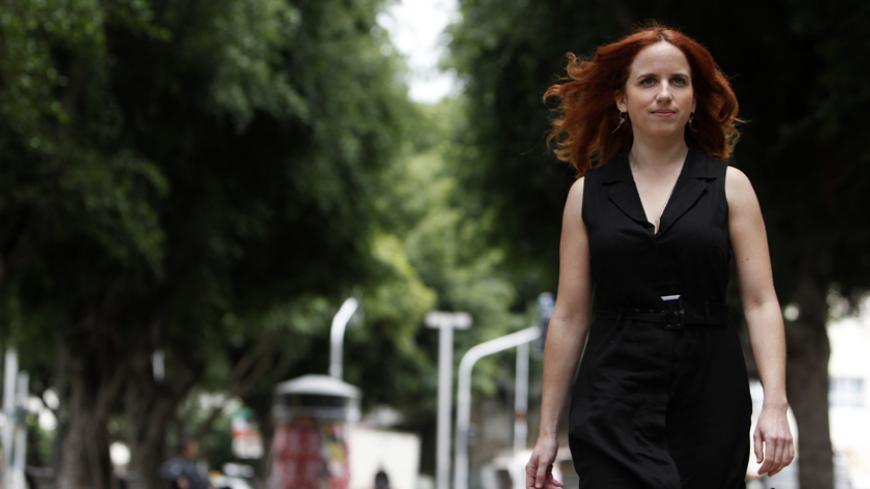 Young Knesset members Ayelet Shaked from HaBayit HaYehudi and Stav Shaffir from the Zionist Camp are the quintessential symbols of the generational changes in Israeli politics, which have been undergoing deep change since the 2013 elections. The two women hail from opposite sides of the traditional political spectrum that extends from right to left: Shaked is a prominent figure in HaBayit HaYehudi (a religious party) and Shaffir, with Labor, is an icon of the rejuvenated social-democratic left. Nevertheless, the two have a lot in common when it comes to shaping the future political establishment.

In their parties’ primaries before the 2015 elections, Shaked and Shaffir had both worked their ways to the top, leaving older, more veteran political figures trailing behind. Shaked is not only the first slated woman of the HaBayit HaYehudi Knesset list and the first secular person to serve as a Knesset member of a religious party. She is also a candidate for a ministerial post in the next government if Prime Minister Benjamin Netanyahu is the one to assemble it and if he adds HaBayit HaYehudi to his coalition.

Shaffir also made history in big a way: She won second place in the Labor primaries, immediately behind former party chairwoman Shelly Yachimovich, and left the rest of the contestants, old and new, far behind. Her chances of becoming a minister in the next government currently seem a bit low, compared with Shaked's, but she is undoubtedly an influential, consciousness-shaping and agenda-setting political figure who attracts a young electorate. Both Shaffir and Shaked are very well-liked in their respective parties, maintaining popular Facebook pages, and are much sought-after for media interviews.

Shaked and Shaffir’s entrees into the Knesset in 2013 were largely the result of the 2011 social protest movement and the spirit of change it brought with it. Both women established and led extra-parliamentary movements before they were elected to the Knesset (Shaffir was one of the protest leaders and Shaked led the ''My Israel" movement) and already wielded influence on Israeli public life. One of the reasons for their success was the social network revolution, which made their messages and ideas accessible to hundreds of thousands of youths. Even before Netanyahu and the upper echelons of the political world discovered Facebook, Shaffir and Shaked already ruled the network.

Shaked and Shaffir share many biographical characteristics. Both grew up in secular, educated middle-class homes. Both of their mothers were teachers and their fathers accountants. Both were daughters of a mother of Ashkenazi descent and a father of Iraqi background, and both are in parties that identify mainly with the Ashkenazi public.

Shaked, who was born in the wealthy Tel Aviv Bavli neighborhood, will be 39 in May. She served in the Israel Defense Forces (IDF) as a Personal Affairs NCO, studied machine engineering and became a technolgy professional. Shaked had a sophisticated political awareness even as a young girl, and found herself identifying with and working for the Likud’s platform.

Shaffir is younger than Shaked by almost a decade. She will be 30 in May. Like Shaked, Shaffir also enjoyed a sophisticated political awareness from her youth, identifying early on with leftist, somewhat anarchistic economic concepts. In her military service, Shaffir was first recruited to the pilot course but failed it, going on to serve as a reporter for the IDF's Bemachane newspaper. When she was discharged in 2006, she went to London to study journalism and sociology, and participated in an Israeli-Palestinian youth leadership project. Shaffir returned to Israel in 2009, when she started music studies and a master’s degree in philosophy of the sciences at Tel Aviv University.

Meanwhile, during these years, Shaked married a combat pilot, worked in the tech field and returned to live in her childhood neighborhood of Bavli in Tel Aviv, where she became a mother. Today, she has two small children. In 2006, Shaked took a breather from the tech world and became office director for Netanyahu while he was the opposition leader. In the elections that year, the Likud was cast into the opposition with 12 mandates. Shaked was the one who liaised between HaBayit HaYehudi Chair Naftali Bennett and Likud Chair Netanyahu. Bennett became Netanyahu’s chief of staff when the latter was opposition leader.

Later on, Shaked and Bennett left Netanyahu's office due to a dispute with Sara Netanyahu. This step would later have a great effect on the Israeli political map. Together, Shaked and Bennett founded the My Israel movement that grew and gained momentum online as a dynamic site for (mainly) unapologetic right-wingers. Thus, for example, after the terrorist attack in the Itamar settlement in 2011 in which five members of the Fogel family were murdered, Shaked inundated the Internet with harsh photos of the incident. She said, “This was a difficult decision. But that’s what it’s like in war, … photos have more power than words. … It worked, and got headlines. The Palestinians make use of digital media and our media is sterile. It’s time to return fire.”

Shaked also led a campaign to change the Israel Army Radio Station, with the goal of integrating right-leaning broadcasters during peak listening times. From the moment she entered the Knesset and was appointed chairwoman of HaBayit HaYehudi, it was clear that Shaked was a strong and influential figure. In 2012, she was included in the Israeli financial newspaper Globes' list of Israel’s 50 most influential women. Most of the attention centered around her activities in nationalistic legislation and an ideological struggle against diplomatic initiatives.

While Shaked established My Israel together with Bennett, Shaffir returned to Israel and, simultaneously with her university studies, entered political activism. She lived at the time in a Tel Aviv apartment with roommates, and in 2011 she met Daphni Leef. The two young women were the engines of the tent protest, whose influence on politics is still reverberating. The two, who were painfully familiar with the problems posed by the high cost of living and the housing shortage for young Israelis, put up a tent on Rothschild Boulevard in central Tel Aviv on July 14, and the rest is history. Together with Leef and Knesset member Itzik Shmuli, Shaffir was the face of the protest: a talented orator who was suddenly a familiar face in every Israeli home. At the end of the protest period, she kept the extra-parliamentary social justice movement going with some of her friends. Afterward, she chose to wield influence through politics, and was elected to the Knesset.

Like Shaked, Shaffir immediately thrived in the Knesset. She established the social justice lobby, but most of her activity and influence was in the Finance Committee. She fought successfully against Nissan Slomiansky, the committee’s chairman from HaBayit HaYehudi, and disclosed money transfers to the settlements. In the Knesset, Shaffir works to promote the concepts behind the protest movement, advancing legislation on behalf of fair rental practices, attainable housing and transparency.

It is not a wild guess to wager that Shaked and Shaffir will continue to stand out in politics for many years and fashion it in their own images a new form of politics that is more transparent, sharper and remains in constant contact with its electorate.