Why did Israel side with Saudi Arabia on Yemen?

Rather than celebrating Saudi Arabia’s attack on Yemen, Israel should feel aversion toward it, since the destabilization of any Arab state can only lead to more and more terrorism and ultimately impacts Israel. 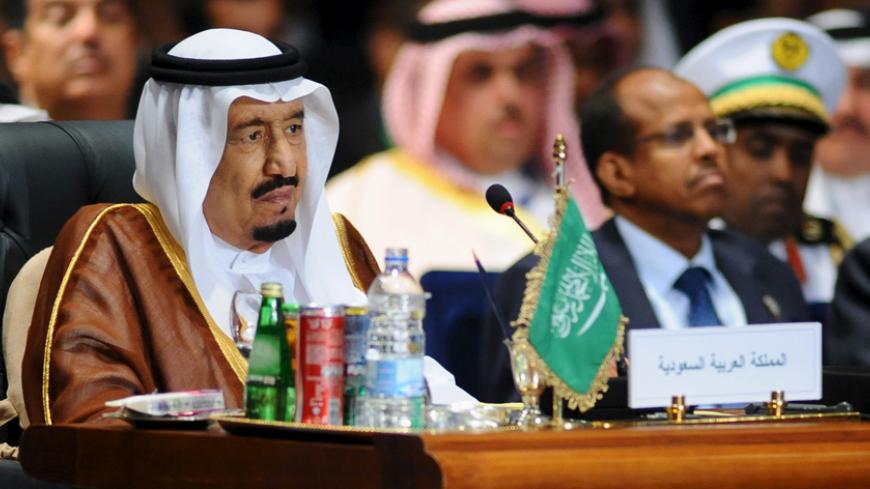 Some Israeli politicians express deep satisfaction. Others seem elated about the Saudi attack on Yemen. Should hostility be our natural automatic reflex as Israelis to the Ansar Allah militia, even though we know nothing about it? Ansar Allah is a Shiite faction, which makes it rather obvious that it is yet another franchise of Iran. And if Iran is an enemy of Israel, we can safely assume that any group under its aegis is our enemy, too. We always side with the good guys, and in this case, the good guys are the Saudis.

But the reality is rather different. Western intelligence reports point to the pivotal role played by Saudi Arabia in establishing Sunni militias in post-Saddam Hussein Iraq. Those same militias went on to massacre innocent civilians, often by blowing up car bombs in densely populated areas. Meanwhile in Syria, it was Saudi Arabia that led the war against the Baathist regime, financing those groups opposed to Syrian President Bashar al-Assad and coordinating their ground operations with US and French intelligence agencies. Saudi Arabia had always taken a sophisticated approach. It operated by remote control and simultaneously began a successful public relations campaign. Nevertheless, it has been a key player in practically every bloody conflict in the region for the last decade. Without the impetus that it provides, it's doubtful whether groups like Jabhat al-Nusra in Syria or al-Qaeda in Iraq could have played such a major role in the bloodshed. “You destroyed an entire state just to bring down the Syrian regime,” Hezbollah Secretary-General Hassan Nasrallah scolded the Saudis in his Friday sermon March 27.

Rather than celebrating the Saudi attack on Yemen, Jerusalem should feel deep aversion toward it. Experience shows that destabilizing any Arab state only leads to more and more terrorism, and that this ultimately impacts Israel. It's incumbent on Israel to go back to its old, abandoned warehouses and pull out its moral, universalist position, which it has long since foregone. It must stop supporting military operations that involve the killing of civilians, even if the actual targets are military. And there is also a Jewish angle to the situation in Yemen. There are still a few dozen Jews in the country desperately in need of the government’s protection. Instability puts their lives at risk.

Israeli governments have a reputation for supporting dictators. When their partner is a single autocrat, there is just one address for all communications and for any investments needed to foster the relationship. It also stands to reason that the aforementioned autocrat is under no obligation to his people to adhere to transparent governance. In other words, he would have no concerns about collaborating discretely with some partner or other, even if that partner is considered an enemy by his constituents. Transparency would only lead to investigations by the opposition, or nosy journalists. On the other hand, an autocratic regime is a corrupt regime, and there is no way to stop the corruption at the country’s borders. It inevitably leaks out, flooding relations between the autocrat and his neighbors.

The Saudi regime has apparently no problem collaborating with Israel in any international arena to limit Iranian actions. There have been several reports for years about surreptitious contacts between Jerusalem and Riyadh. Nevertheless, the Saudis have been undermining the regime in Syria incessantly for the past four years, even though this could result in a dangerous new terrorist front along Israel’s northern border in the Golan Heights. With any more friends like that supporting the fall of the Baathist regime, we’d be sunk.

Saudi Arabia benefits from excellent public relations in its campaign against Ansar Allah. The United States, its longtime friend and ally, sets the tone in our region. It supports the Saudis automatically and even provides it with intelligence about the militia fighters. So does France, which sells the Saudis billions of dollars in military equipment and security know-how. Of course, France also continues to serve the Saudis. Egypt supports the operation independently, but also through the Arab League, in which it plays a leading role. Cairo is concerned by the possibility that the Bab el-Mandeb Straits at the southern tip of the Red Sea might come under the control of Iran loyalists. These straits are essential to maritime traffic to and from the Suez Canal. The loss of shipping through the canal would be an economic blow for Egypt.

When the Shiite militia in Yemen first appeared about two decades ago, its goal was to win itself a share of the government pie, which was controlled exclusively by the Sunnis. It is doubtful if, even in their heyday, they believed that they would ever take over the Presidential Palace. The campaign there is not a fight between good Saudis and bad Shiites. It is a conflict over authority, power and wealth. In the ancient world, conflicts like this were known as tribal warfare.