No 'Good Guys' Or 'Bad Guys' in Syria

Saudi Arabia and Qatar need to support a diplomatic outcome in Syria. 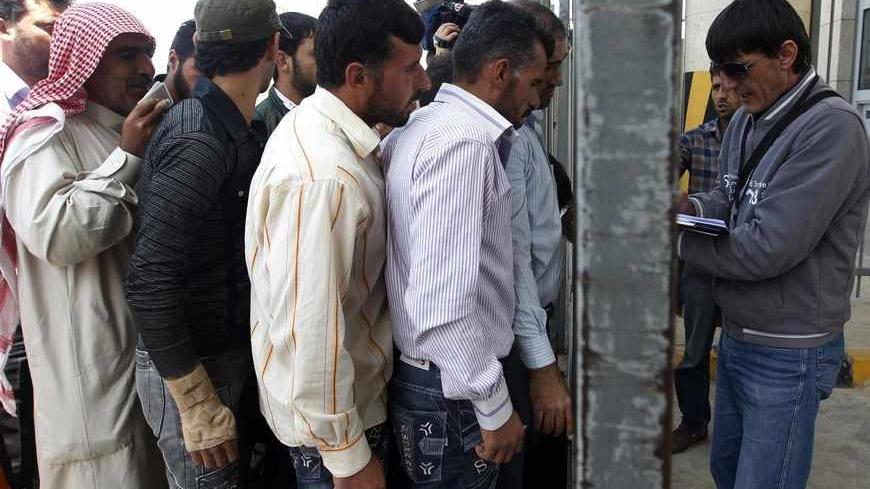 Syrians wait to cross back into Syria at the Turkish Cilvegozu border crossing near Reyhanli, May 14, 2013. Cilvegozu is opposite the Syrian commercial crossing point of Bab al-Hawa. - REUTERS/Umit Bektas

It took Turkish security forces just a few hours to conclude that the trail left by the perpetrators of the double bombing in Reyhanli leads directly back to Damascus. The small Turkish township was not quick to recover from the tragedy that befell it Saturday (May 11). Two car bombs were detonated in the town center, causing the deaths of 51 people. The attack itself wasn’t really that surprising. What was surprising is that it took so long for it to happen. This was an act of Syrian retaliation against two long years of Turkish involvement in a military coalition intent on destroying Syrian President Bashar al-Assad.

There are no “good guys” or “bad guys” in this story. Both sides are ruthless. The question is whether decision-makers in the West are fully aware of how interests are mapped out in the Syrian crisis and what the balance of power really is. When White House officials call on Assad to go home or decide to provide the rebels with weapons — and by that I mean any weapons whatsoever, even non-lethal weapons — the question that immediately comes to mind is: Why is the West applying pressure to destabilize Syria? Why does the West regard Assad not only as the problem, but also as the key to its resolution, while ignoring the critical roles of other major players in the equation? What is it actually promising the suffering citizens of Syria once Assad is gone? This is not some subjective question either. For the Syrian people this is a matter of life and death. There is a fierce struggle underway over the future of this war-torn country.

The Syrian crisis cannot be categorized as “just some rebellion.” The very term “rebellion” implies that there are “good guys” and “bad guys.” “Regional war” would actually be the more appropriate label to describe what is happening there. More accurately, it is a war launched by Saudi Arabia, Qatar, and Turkey against Damascus. The first two countries arm and fund the rebels, while Turkey provides them with training and command bases on its territory and serves as a staging area for rebel fighters on the way to sorties in Syria. The lion’s share of the militias operating against Assad consists of a mercenary army, paid for by the incalculable wealth of Saudi Arabia and Qatar. Most fighters are Muslims of various nationalities, who were not only inveigled to take up arms against a heretical regime, but who receive a generous salary for doing so. Al-Qaeda and the other factions identified with it are not simply sanctioned by God to take part in the fighting. They are proxy regiments, well-armed and well-organized by affluent Arab political magnates and intelligence services.

The Al Jazeera and Al Arabiya TV networks provide extensive media coverage to the rebels’ efforts on the ground. They depict the Damascus regime as the prime villain in this saga and persistently highlight the militants’ achievements. Of course, these two networks take their orders from the palaces of the Qatari emir or the Saudi royal family, either directly or indirectly. They are both leading networks on a global scale, with immense popularity worldwide. As a result of this, they determine what lexicon will be used by many tens of millions of viewers to describe the fighting, and they do so day after day.

It isn’t very hard to explain what motivates Saudi Arabia, Qatar and their allies. The wealthy Sunni world has concluded that the war against Assad offers a golden opportunity to strike a mortal blow against the Shiites and their Alawite allies. If Damascus is defeated, Iran will have lost its most significant ally in the Arab world. This, in turn, would be a stunning blow against the Shiite Wilayat al-Faqih, which is the major underpinning of the Islamic regime in Tehran, and the first stage in the Sunni leadership’s campaign to return the Shiites to their natural place in the pecking order, as “hewers of wood and drawers of water,” just as they were before the rise of the Islamic Republic in Iran.

What we are witnessing right in front of us is not just the struggle for survival of some Arab regime, but the climax of the conflict between Saudi Arabia and Iran. On the other hand, it would be a mistake to see this as just a case of competition between two rival states, or even as some extension of the struggle between Sunnis and Shiites. This is, effectively, a clash of civilizations, pitting Arabs against Persians and religious hegemony of one sort against another. And, of course, it is a struggle between two petroleum powers for dominance. It is, in effect, a dramatic clash of titans with deep historical and cultural roots. It is a battle over influence, a confrontation over vast sums of money, and a fight over the temerity to serve as the hub for one and a half billion Muslims. We have already seen the precursors of this struggle in previous conflicts that beset the Muslim world: in Iraq and in Lebanon, in Bahrain and in Yemen. Take the Hezbollah movement, for example. The reason that it is so willing to sacrifice its soldiers and engage its highly trained battalions in defense of Assad is not simply because of some compact it has with an old friend in Damascus. Hezbollah Secretary-General Hassan Nasrallah is sending his finest young men to fight in a war of survival, with consequences not only for his movement, but also for his community, which faces a daunting existential threat.

Experience teaches us that clashes such as this have an internal dynamic all their own, which even the key players cannot foresee. It is, therefore, rather odd to see that the Western states tend to favor one side of the other in the Syrian crisis, or to allow the very parties involved to lead them along by the nose. We occasionally hear Western leaders threatening to take military action against Damascus, before they have even begun to make any serious assessment of the feasibility of imposing a peace agreement there.

The model closest to what is happening in Syria is Iraq in the post-Saddam era or, to a lesser degree, post-Gadhafi Libya. In both these cases, Western forces intervened to overthrow an Arab leader and left a trail of chaos in their wake. Of course, none of them took responsibility for the shattered society they left behind. One can only wonder how such affluent, free, and liberal states could be swept up so easily in support of one side in such complex conflicts and encourage the violent overthrow of regimes, when it is so obvious that the steepest price will eventually be paid by the civilian population. In the war of annihilation it is waging against Damascus, Riyadh is doing quite a good job exploiting the naiveté of most of the world’s nations and the difficulty that these countries have interpreting any map that depicts the balance of power and conflicting interests in the Syrian crisis.

UN emissary Lakhdar Brahimi is right. So is Hassan Nasrallah. Both men and many others, as well, are calling for a diplomatic resolution to the Syrian conflict. Such a solution is vital, not to ensure Assad’s personal well-being, but to rescue the Syrian people and their neighbors, to ease the volatile tensions between Turkey and the Kurds, to bring stability to Lebanon, to spare Israel from a serious problem on the Golan Heights, to avoid a flood of refugees infiltrating Jordan and Iraq, and, by extension, to prevent the campaign from spilling over into those two countries. More than anything, however, a diplomatic solution is good for the Syrian people themselves. It can save them from the veritable massacre which has been imposed upon them, and which has turned them into the biggest victims of this tragedy.

The solution to this crisis does not lie solely with Damascus and Tehran. In fact, it lies mainly with Saudi Arabia and Qatar. Nevertheless, it is doubtful whether any nation, even the United States, can force its will on the world’s number one petroleum producer, which holds the global economy in a death grip. The Saudis and Qataris believe that they have a chance to win in this bitter battle, and the price they are paying for starting this fight isn’t too steep, at least for now. As long as the situation remains the same, they have no interest in restoring stability to Syria.

Jacky Hugi is the Arab affairs of the Israeli army radio Galie-Zahal network, a columnist for the Israeli business newspaper Globes and the former Arab Affairs correspondent for Israel`s Maariv daily. He is the author of Arabian Nights.Com.