Foreign Minister Avigdor Liberman and Zionist Camp's Gen. Amos Yadlin differ on the best reaction to current negotiations with Iran, but both agree that Prime Minister Benjamin Netanyahu's speech in the US Congress is not the way to go. 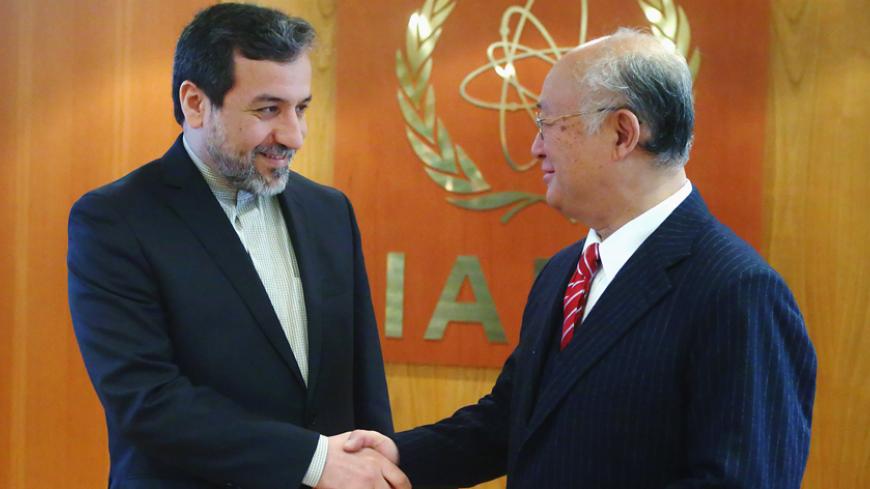 Former Secretary of State Henry Kissinger’s unforgettable quote that “Israel has no foreign policy, only domestic policy” was never as accurate as now. It is now less than a week before Israeli Prime Minister Benjamin Netanyahu’s controversial speech at the US Congress on March 3, and the commotion in Israel and Washington is reaching new heights. There is one issue in Israel on which there is a wall-to-wall consensus: The emerging agreement between the world powers and Iran is a “bad agreement.” Not only for Israel, but for the entire free world.

Great battles are now being waged around the question of what to do, and the question is dramatically affected by the fact that in addition to all this, Israel will be holding elections on March 17 and the current situation is a political standoff.

Israel views the Iranian nuclear menace to be an existential threat. Nevertheless, quite a few people in Israel are now fighting for their political lives. The first is Netanyahu. If he loses the elections, he will retire from politics. To lose, he needs to receive four fewer mandates than Zionist Camp Co-Chair Isaac Herzog.

In a secret survey conducted by Netanyahu on Feb. 20, Herzog led by 23-25. This constitutes a clear and present danger.

The second person fighting for his political life is Foreign Minister Avigdor Liberman. The police investigation crushed his party, which, according to the polls, will barely pass the electoral threshold with five to seven expected mandates. Liberman is putting up a grand fight and is convinced that he will surprise everyone. But if he is defeated, we will probably say our farewells to him, too.

Even Herzog who heads the Zionist Camp together with Tzipi Livni does not have too many remaining bullets left. If he loses, there will not be a second chance.

During the weekend, Liberman aimed sharp arrows at Netanyahu when he said that late Prime Minister Menachem Begin did not speak or orate before he attacked the nuclear reactor in Iraq. Instead, Begin kept mum and planned secretly for a year and a half. Liberman said, "One day we woke up in the morning and the reactor was gone [1981]. Without speeches or excessive talk." Liberman added, "According to the foreign press, a similar fate befell a nuclear reactor in Syria [2007]."

At the beginning of the week, Israeli Defense Minister Moshe (Bogie) Ya’alon broke his silence and joined the festivities. In the interviews and background briefings Ya'alon granted, he expressed sweeping approval for the prime minister’s trip to the US Congress. He enumerated the weaknesses of the emerging agreement between Iran and the world powers. “Iran is not revealing the military dimensions of the project, it continues to develop missiles reaching a range of 10,000 kilometers [6,200 miles], and it continues to promote terror around the entire world,” he said.

Behind closed doors, Ya’alon criticizes the US administration and President Barack Obama, but tries “not to give Obama any grades." It’s no secret, Ya’alon says, that there is a harsh dispute between us and Obama regarding what needs to be done, and that is the reason the prime minister must adopt all the necessary steps, including a speech in the US Congress, to warn the entire world of the danger it faces. This is an important role vis-a-vis a bloated Western world that wants to postpone the confrontation to next year or the next term of office.

In these words uttered by Ya’alon lies the tip of the iceberg of the Israeli position: According to this view, Obama does not want to neutralize the Iranian nuclear enterprise now but prefers to postpone the problem to his successor’s term of office. Obama knows that Iran is a nuclear threshold country and very close to a nuclear bomb, but the US president is not prepared for a real confrontation with Iran. So all he wants is to finish his term of office in peace and tell himself that it did not happen on his watch.

Ya’alon, in closed-door talks, emphasizes that the option of congressional legislation is still on the agenda as the Kirk-Menendez sanctions bill is postponed to March 24. Thus, all options are on the table and it is the duty of the prime minister to explain to the US legislators and ring the warning bell to a colossal disaster. Delegations of members of US Congress and senators came here, Ya’alon says. They met with me and Netanyahu and after they heard us, they said that we must go to the US Congress and present this position. And that is what the prime minister will do, Ya’alon says, because he has no other choice.

The opposite position is presented by Maj. Gen. (Res.) Amos Yadlin who is Herzog’s candidate for the role of the next defense minister. Yadlin was one of the eight Israeli pilots who took off to destroy the Iraqi Osirak reactor on June 7, 1981. He was also head of the army’s Intelligence Branch in 2007, when, according to foreign reports, Israel destroyed the Syrian nuclear facility in Deir ez-Zor, and Yadlin continued to serve in that capacity in the critical years when Israel built its military option against the Iranian nuclear project (2009-11).

According to Yadlin, policy is not created by speeches, complaints, gabfests or accusations. The agreement between the powers and Iran has not yet been consolidated, the odds for its emergence are not clear and at least nine parameters in the agreement have to be examined to reach clear-cut conclusions. Yadlin says, in closed talks, that Iran has been a nuclear threshold state for three years already; it happened on Netanyahu’s watch and it is Netanyahu’s responsibility. It is incredible, Yadlin says, that we have reached a situation in which the US side excludes Israel and talks to Iran.

One of Israel’s main mistakes all along, according to Yadlin, was its total opposition to an interim agreement with Iran. This caused Israel to be excluded from the game entirely and the discussion, but afterward Israel supported the extension of the same interim agreement that it had opposed. This is not serious, Yadlin says. Instead of working with the president we have made him antagonistic to us, we have trespassed into his own backyard and now we are trying to drive a wedge between him and his legislators. The proper way to go about this is to work with the president, with the US Congress, with the Republicans and the Democrats and not to try to sic them on each other. In effect, Yadlin actually blames Netanyahu for turning Iran into a nuclear threshold state.

Yadlin, like Liberman, emphasizes that one does not halt centrifuges by delivering speeches. We face three alternatives, Yadlin says: to reach an agreement, not to reach an agreement or launch an assault in Iran. He says these three options still exist, and he agrees with Ya’alon on only this point, as he hints that “the Israeli military option is still on the table.” It seems to me that the world relates to these statements a lot less seriously than it did only a few years ago.

On this background, Al Jazeera reported on Feb. 23 that it intends to reveal numerous espionage documents, including documents attributed to the Israeli Mossad. And these documents are supposed to show how the Mossad, as opposed to Netanyahu, does not assess that Iran is headed for military nuclearization. Israel makes light of this, probably with justification. In talks behind closed doors, former Mossad chief Meir Dagan clarified that these reports refer to nuances and differences of approach between the professional and political echelons in Israel.

Both the Mossad and the Military Intelligence branch hold that the Iranians have not yet made the decision to cross the military nuclear threshold (either "by storm" or "by stealth") — they are leaving this decision to the last moment. Right now, they are going through much effort to close all the gaps on all the issues and be ready for duty. The political echelons, headed by Netanyahu, think in different terms and keep their eyes on the future. As far as Netanyahu is concerned, strategically the Iranians have been racing toward the bomb for a long time already. The question is whether it is too late now to try to stop them.