Hezbollah figure killed in Syria had ties to Soleimani

Jihad Mughniyah, a Hezbollah member among those killed the recent Israeli strike in Syria, had a close relationship with Quds Force commander Qasem Soleimani. 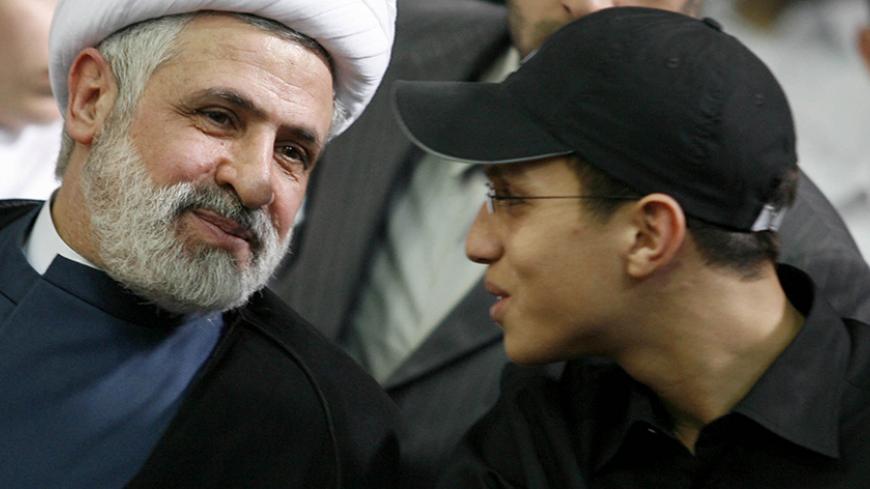 One of the most surprising deaths in the Jan. 18 Israeli attack against a Hezbollah convoy in Syria was that of “Jawwad” Jihad Mughniyah, the son of Imad Mughniyah, a senior member of Hezbollah who was assassinated in Damascus in 2008. Jihad became well known in Iran last year, when news agencies published photographs of him standing behind Quds Force commander Qasem Soleimani during Soleimani’s mother’s funeral.

According to reports, Soleimani was seen talking to Jihad during the funeral and introduced him to guests who arrived to pay their respects. Fars News reported that the relationship between Soleimani and Jihad was such that some people “assumed Jihad was Soleimani’s son.”

Jihad does not appear to have been a key Hezbollah figure in the attack, however. One of the more central Hezbollah figures killed is Mohammad Ahmad Issa, who Raja News identified as an intelligence official, though other news agencies reported he was a top commander for Iraq and Syria.

There has been speculation as to the reason why the convoy was in the Golan Heights, ranging from a reconnaissance mission to a plan to build a presence in the area and help establish militias.

Iran’s Islamic Revolutionary Guard Corps (IRGC) has confirmed that Brig. Gen. Mohammad Ali Allahdadi was killed in the attack in Syria that also killed six Hezbollah fighters. According to Sepah News, Allahdadi was a veteran of the Iran-Iraq war and a former IRGC general for Yazd province on an advisory mission to Syria. The IRGC report read that the Israeli attack in Quneitra in the Golan Heights “once again showed that the sedition of the Islamic State and takfiris is in the framework of the policies and plans of the Zionists.”

Iran’s Foreign Ministry also condemned the attack, saying that it “once again shows that the battle in Syria is a part of the encounter with the Zionist regime.”

There have been conflicting reports in the Iranian media about the number of IRGC members killed. Yazdi News was one of the first Iranian media outlets to cover it, reporting the story before the IRGC confirmed Allahdadi’s death. Tabnak News reported that “some members” of the IRGC had been killed. According to the Israeli Ynet News, Hezbollah’s Al-Manar television station had claimed that Iranian Gen. Abu Ali al-Tabatabaei was among those killed.

Part of the confusion may stem from that fact that according to Raja News, one of six confirmed killed by Hezbollah, Abu Ali Reza, went by the nickname Abu Ali Tabatabei. Though Raja introduced Tabatabei as a “high ranking Hezbollah military official,” the names provided by Raja differed slightly from those listed by other Iranian media organizations and Al-Akbhar.