Alaa Al Aswany, the author of "The Yacoubian Building," has published a compendium of newspaper columns that trace the arc of Egypt’s recent political upheavals from the overthrow of Hosni Mubarak in 2011 to the election of Abdel Fattah al-Sisi last year. 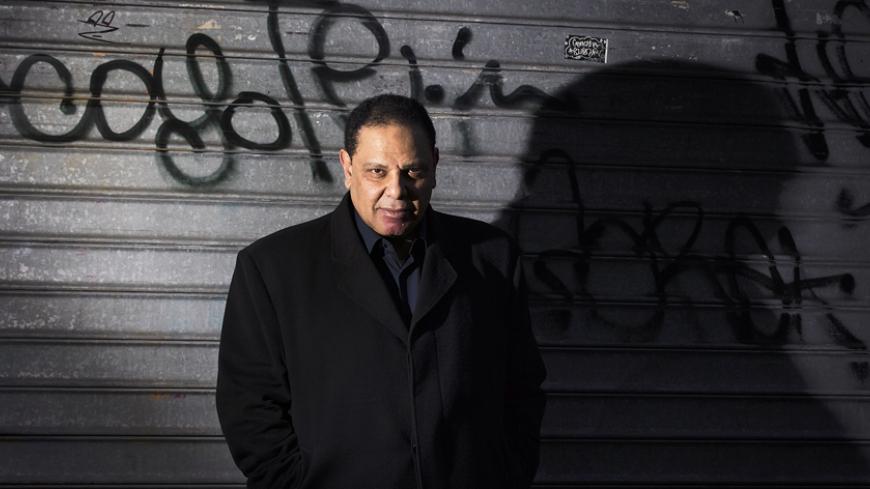 As the fourth anniversary of the Tahrir Square demonstrations that led to the overthrow of Hosni Mubarak approaches, it is hard to be optimistic about Egypt’s political trajectory.

Egyptian author Alaa Al Aswany's new book​ "Democracy is the Answer" underlines the reasons for this pessimism even as it argues that a real democratic transformation is Egypt’s only long-term hope.

A compendium of columns Aswany wrote for the newspaper Al-Masry Al-Youm from early 2011 to June 2014, it traces the arc of the country’s political upheaval from Mubarak's ouster to the reversion under President Abdel Fattah al-Sisi to a system of sycophancy, injustice and brutality that rivals the worst abuses of the Mubarak regime.

Euphoric at Mubarak’s removal, Aswany — whose 2002 novel, "The Yacoubian Building," depicted the dysfunction and corruption of Egyptian society under the longtime leader — discusses his early anxiety about where the revolution is headed. From his first columns, Aswany worries that while Mubarak is gone, the regime he led endures.

Repeatedly, the columnist demands that the military council that initially replaced Mubarak institute a process of transitional justice to hold accountable the police and state security officers responsible for killing and maiming more than 1,000 protesters in the lead-up to Mubarak’s ouster. Aswany asks that civilians no longer be tried in military courts and that elections be held for a constituent assembly to replace, not merely amend, the Mubarak-era constitution.

Aswany is prophetic when he warns that the Muslim Brotherhood — which endorsed the military council’s decisions, dominated the first parliamentary elections and went back on its promise not to field a presidential candidate — is likely to be used by the regime and discarded when convenient.

“Each time the Brotherhood participates in national movements, they will at some point break away from the national ranks and move closer to those in power, who inevitably use them to undermine the national opposition,” Aswany writes in a November 2011 column. “Then once they have fulfilled their purpose with the Brotherhood, they [the military] throw them aside, or turn against them and crack down on them.”

Eight months later, Egyptians narrowly elected the Brotherhood’s Mohammed Morsi as president in a runoff election that Aswany boycotted because the alternative was Ahmed Shafik, a remnant of the Mubarak regime.

Aswany, who had voted for Nasserite Hamdeen Sabahi in the first round of the voting, initially gives Morsi the benefit of the doubt.

“The Egyptian revolution realized a great achievement in voting Shafik out of office and electing Mohammed Morsi,” Aswany writes in a June 2012 column. But to succeed, Aswany argues, Morsi must sever his ties with the Brotherhood, rescind the military council’s constitution and prosecute those responsible for killing so many innocent people.

Morsi does none of these things, and by September 2011 Aswany’s patience is running out. Aswany notes that Morsi is naming Brotherhood members to provincial governorships, appointing new editors loyal to him at state-run newspapers and encouraging the sort of sycophancy that has traditionally marred the Egyptian media. The final shoe drops in November when Morsi issues a decree that gives him absolute power. “With this announcement, President Morsi has nullified the will of the people … and turned into a dictator,” Aswany writes.

Aswany enthusiastically supported the petition campaign that culminated in massive demonstrations on June 30, 2013, and Morsi’s ouster by the military on July 3, 2013. Aswany insists that this was not a coup because more than 20 million Egyptians signed the petitions demanding new presidential elections and because parliament had been dissolved, meaning there was no other way to remove Morsi.

But Aswany’s happiness at Morsi’s departure fades quickly as the interim military government cracks down not just on Brotherhood supporters but on the young, secular liberals most responsible for the 2011 revolution.

Tens of thousands of people remain in prison, including the leaders of the Muslim Brotherhood, secular politicians and foreign and Egyptian journalists.

Explaining why Egyptian efforts to counter foreign criticism of these actions are met with so much skepticism, Aswany writes in a December 2013 column: “We cannot bring civilians to military courts and then ask the world to believe us when we claim that Egypt is a democratic country. Military trials for civilians will continue to serve as a thick baton in the hands of the authorities, which they bring down on the heads of whomever they want, whenever they want.”

Among those scooped up in the dragnet is a young poet named Omar Hazek. In a January 2014 column, Aswany writes that Hazek was sentenced to two years in prison for questioning a police officer for beating up protesters holding placards calling for the punishment of the police who killed Khaled Saeed — the young Egyptian whose fatal beating in Alexandria in 2010 helped spark the 2011 uprising.

“Does Gen. Sisi like poetry?” Aswany asks about the country’s new strongman. “If he does … he will realize that Egyptians made a revolution in order to be treated with respect, not for an officer to violate their rights, make false accusations against them or oppress them.”

While acknowledging a need to counter terrorist attacks, which increased in the aftermath of Morsi’s removal, Aswany warns in a February 2014 column that “the war on terrorism does not justify the return of the police state.”

“We can’t combat terrorism by using oppression,” he continues in a column three months later. “We can only triumph over it through justice.”

A number of his columns warn about the dangers of religious extremism and the lack of respect many Egyptians show toward women. Egyptians are observing the surface of religious practice and not its deeper meaning, he says.

Aswany also criticizes the tendency of the Egyptian media to blame the country’s problems on foreign conspiracies, noting in a June 2014 column that Egyptians’ unwillingness to accept responsibility for their mistakes is why “Western countries keep making progress while we are gradually sliding toward the abyss.”

Aswany ends each column with the slogan “Democracy is the answer,” a conscious play on the Muslim Brotherhood mantra “Islam is the solution.”

In a recent interview with the BBC, Aswany said it was not time to declare Egypt’s revolution a failure, adding that would be akin to confusing a slow human evolutionary process with a 90-minute soccer match. There is no “deadline” for democracy to be achieved, he said.

But he stopped writing his columns in June, under pressure from the authorities and because, as he told the BBC, the “mood in Egypt has changed and the revolution is no longer popular.” He ends his book on a decidedly pessimistic note, reprinting a letter from an unidentified jailed young revolutionary who has promised to emigrate once he's released.

“‘Egyptians, I apologize for misunderstanding you,’” the young man writes. “‘You didn’t need a revolution, you didn’t understand it and you don’t deserve it.’”