The Egyptian government demonstrates a fundamental misunderstanding of how the US press operates. 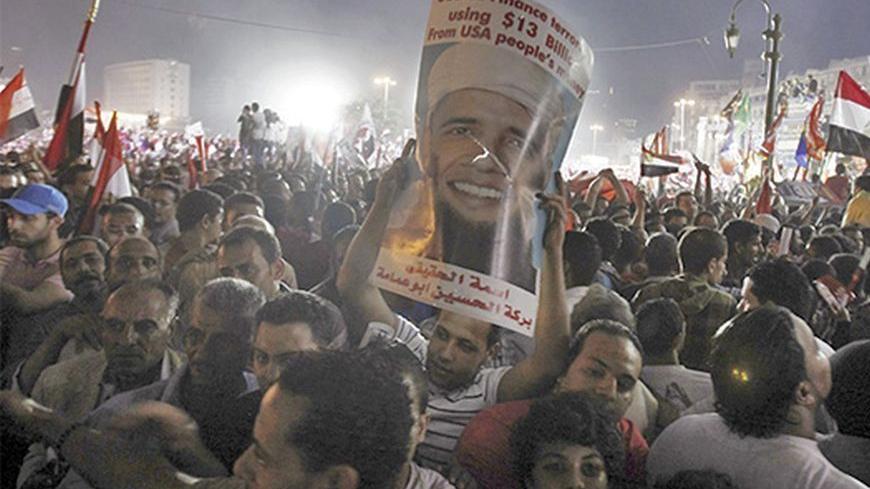 In a Sept. 24 interview with the pan-Arab daily Al-Hayat, Egypt's interim foreign minister, Nabil Fahmy, stated that Cairo's relations with Washington have become “turbulent” and that the Egyptian public has adopted an unprecedented negative perception of the United States. One of the most significant factors contributing to the deterioration of relations between Cairo and Washington is the difference between Egyptian and American media coverage.

The minute the military ousted President Mohammed Morsi on July 3, Egyptian state and independent media went on the offensive with three themes: the Muslim Brotherhood and Morsi’s poor record in office; the pro-Brotherhood bias of the Obama administration and the US media; and the supposed relationship between the two. Indeed, it became increasingly difficult not to find a daily story detailing the “intimate” relationship between the Obama administration and the Muslim Brotherhood.

Consequently, Egypt’s media were taken by surprise when Obama recently stated at the United Nations General Assembly annual meeting that “going forward the United States will maintain a constructive relationship with the interim government, which promotes core interests such as the Camp David Accords and counterterrorism.” When Obama added that “Morsi was democratically elected but proved unwilling or unable to govern in a way that was fully inclusive," Egyptian media celebrated. Headlines in independent media sources such as al-Shorouk reflected that the accord between the Brotherhood and Obama was no longer.

Yet even before July 3, accusations regarding the “special relationship” between Obama and the Brotherhood were apparent. The moment Morsi was announced as president on June 24, 2012, Egypt’s media launched a campaign against the United States and its alleged role in imposing Morsi on the Egyptian people. Several Egyptian media outlets credited Obama and his former ambassador to Cairo, Anne Patterson, for the result. Headlines described Patterson as an “ambassador from hell” and “insolent,” while others accused Obama himself of being a member of the Brotherhood. Articles even went so far as to assert that Morsi’s ascent to power was part of a larger American conspiracy to create “the greater Middle East” and divide the Arab world.

After Morsi’s ouster, the campaign against the United States emboldened. On July 22, the state-run newspaper Al-Ahram ran a front-page story detailing the “American conspiracy” that “aimed to allow Morsi to rule Egypt from Rabia al-Adawiya Mosque.” The editor, Nasser Salama, later stated that a “state security source” had confirmed this information. Salama wrote a follow-up story on Aug. 27 that stated that Patterson was involved in a conspiracy to divide and destabilize Egypt through secret connections and deals with the Brotherhood.

The American media’s coverage of July 3 and its aftermath added fuel to the fire. When Egypt’s media rejoiced in the military’s removal of Morsi and the mass killing and arrests of members of the Brotherhood that followed, American media referred to the events as a “military coup” and a “massacre.” Egyptian criticism focused heavily on this Western “bias.” Renowned journalist Ibrahim Eissa, for instance, described the Western media as “liars driven by a hidden agenda.” Eissa went on to say that American media depict the Muslim Brotherhood as victims and ignore the point of view of those who see June 30 as a popular revolution. On the social media front, young Egyptians formed an online petition called "CNN ... shame on you," which obtained more than 43,000 signatures.

Egyptian government officials also blamed the US media for inaccurate portrayals of Egypt’s political realities. Mostafa Hegazy, political adviser to interim President Adly Mansour, asserted in an interview with CNN, “We did not see enough media coverage of the burning of our churches and the killing and mutilation of our men in their uniforms.” Furthermore, the Egyptian State Information Service (SIS) went so far as to release a report advising the Western media on how to properly portray Egypt, claiming that “some media coverage has steered away from objectivity and neutrality.” Nabil Fahmy also accused US and Western media of bias in their coverage. During an Aug. 18 press conference he showed foreign journalists video footage displaying acts of violence by the Muslim Brotherhood, informing them, “You are not political activists ... you are media professionals whose job is to cover the event, and you have to investigate its accuracy. Media should cover what is happening only on the ground.”

Despite these attacks on Western media, major American media outlets did not reject the interim government’s requests to support its global public relations campaign to portray Egypt’s developments “accurately.” Top Egyptian officials such as the foreign minister, the prime minister and several advisers have had unlimited access to major American television stations and newspapers. CNN’s Fareed Zakaria and Christiane Amanpour have conducted several interviews with these officials, who have also had the opportunity to appear on prominent programs such as "Meet the Press."

Gen. Abdel Fattah al-Sisi, the de facto ruler of Egypt, chose to speak only to The Washington Post in a rare interview in which he accused the Obama administration of ignoring the will of the Egyptian people. Sisi stated that the United States left “Egyptians alone in the crisis,” that Washington “turned its back to the Egyptians” and that Egyptians would not forget it.

One significant cause of the wide range of attacks on Western media is the misperception among Egyptians that Western governments use the media to promote their positions in the same way that the Egyptian government does. The assumption is that the US media operate according to the rules and regulations of an entity similar to Egypt’s Ministry of Information, an authority that controls the public message and serves as a mouthpiece for the ruling regimes. This Mubarak-era ministry continues to exist today after its promised dismantlement following the 2011 revolution.

To the surprise of many Egyptians, an op-ed in The New York Times or an opinion expressed by a journalist on CNN does not necessarily reflect the Obama administration’s position on a given issue. If American media, for example, reflected the interests of the US government, how would the world come to know of issues such as the atrocities at Abu Ghraib prison in Iraq or the violations of the rights of detainees at Guantanamo Bay? Certainly, American media are not perfectly free, but when they cover events in Egypt, they are not likely to ignore the fact that government security authorities are arresting thousands and killing hundreds.

The widening gap between Cairo and Washington is a reflection of this difference between media coverage in the United States and Egypt and subsequent Egyptian public sentiment and government action. Essentially, Egyptian people’s thin knowledge of the American press, as well as their government’s successful efforts at promoting its positions, have coalesced to breed a strong distaste for the United States and its supposed role in Egypt’s political turmoil. Although Obama’s recent statements acquiesce to the position of Egypt’s interim government, American media will not change their coverage of what is happening — and Cairo’s regime is wasting its energy trying to convince them to do otherwise.

Mohamed Elmenshawy is a scholar at The Middle East Institute in Washington. He writes a weekly article in the Egyptian daily al-Shorouk. He can be reached at mensh70@gmail.com or on twitter @ElmenshawyM. 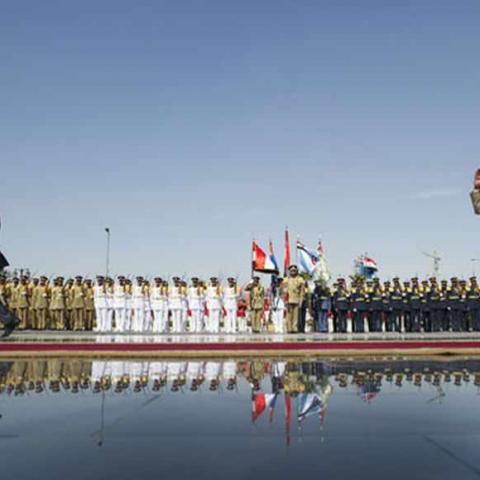 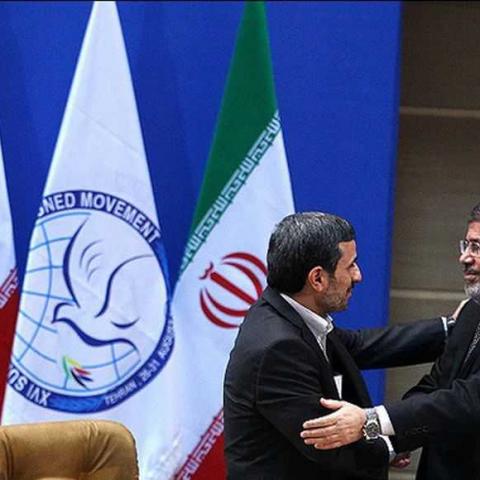