While Abdel Fattah al-Sisi is expected to win in a landslide, democracy is a loser in today's election in Egypt. 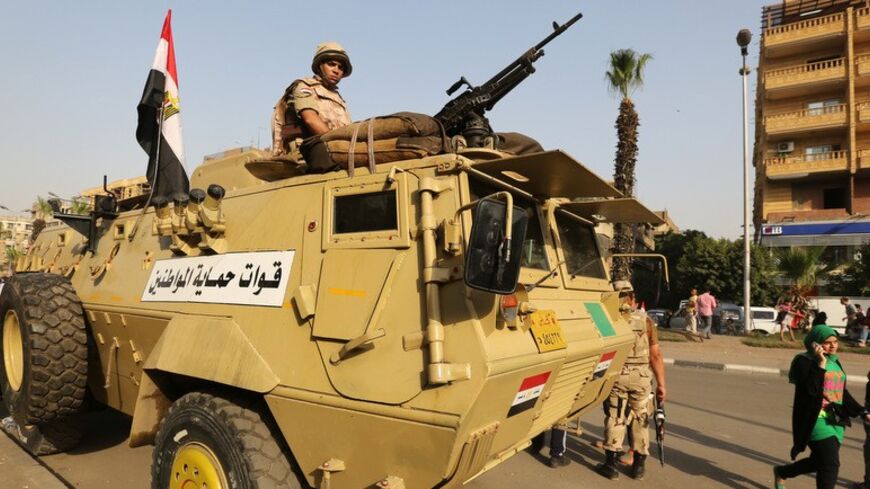 Soldiers secure a road during the presidential elections in Cairo, May 26, 2014. - REUTERS/Mohamed Abd El Ghany

Democratic legitimacy has been a difficult topic of conversation in Egypt following the overthrow of Mohammed Morsi’s government on July 3, 2013, by current presidential hopeful and former Defense Minister Abdel Fattah al-Sisi. Yet, as Egyptians pour into polling centers across the country on May 26 to vote for the sixth time in a political process since the 2011 revolution, what democratic legitimacy means, particularly in elections, will define state-society relations for years to come.

Nothing in Egypt’s current political environment favors open, multiparty elections allowing the full and equal participation of all Egyptians and preserving the freedom of the local and international press to report objectively. Instead, Sisi has created a clear divide in society — you are either with him or against him.

Any criticism of the former defense minister’s actions is barely tolerated. The Muslim Brotherhood in its various manifestations of social movement, political party and civil society organization is now illegal. Local and foreign journalists for Al Jazeera have been imprisoned for “collaborating with terrorists” because they spoke to Brotherhood members to get all sides of a story. Those still reporting face serious pressure from the Ministry of Information to soften their coverage in accords with the government’s agenda. Pro-democracy activists including numerous members of the revolutionary April 6 Movement have been imprisoned for months for protesting the military’s involvement in politics as well as the government’s barbaric crackdown on pro-Brotherhood demonstrators in August 2013. And, yet, most Egyptians have gladly accepted that this election, which will undoubtedly see Sisi’s ascent to power, unlike the election of the Brotherhood, are somehow democratically legitimate. The overwhelming support for a nationalist, strongman to supposedly steer the country to stability and prosperity in this farce of elections is reminiscent of the days of Hosni Mubarak.

The observation of elections by both domestic and international organizations, but particularly international and regional organizations such as the European Union and the African Union, which hold significant global and regional clout, only serve to lend the facade of credibility to the election of Sisi. Egypt’s technical electoral machine is strong from the time of Mubarak — setting up polling stations, distributing ballots, standing in voting lines and ticking off the “right” candidates are all rote motions for the population. The challenge is with the political context for elections, not the technical process.

As Egyptians became increasingly disenchanted with the majoritarian politics of Muslim Brotherhood President Morsi and his Freedom and Justice Party, that they were nonetheless democratically elected in a broadly legitimate election slipped by the wayside. The elections, Egypt’s first meaningful ones after nearly half a century of autocracy, were by no means perfect. There were shortcomings in the election’s legal structure and administration and while campaign violations occurred, but there was no evidence of violations significant enough to have altered the outcome of the election.

Rumormongering against the Brotherhood for using underhanded tactics and election-rigging to win the vote became even more widespread whenever the fact of the democratic legitimacy of the Brotherhood’s rule was raised. Yet, the dissolution of the democratically elected parliament, in which the Freedom and Justice Party held a majority, by the Supreme Constitutional Court, the day before the presidential runoff between Morsi and Ahmed Shafik, Mubarak’s minister of civil aviation, in 2012, was completely forgotten.

There are many worrisome consequences to today’s presidential elections in Egypt; of them, the “democratic legitimacy” of another autocratic regime through meaningless elections most worrisome.

Mubarak’s long rule has already instilled in Egyptians the process of ticking a box on a piece of paper, but what has always been missing, barring a short-lived period between 2011 and 2013, is a political environment conducive to civil disagreement, cooperation in spite of differing political agendas and the free flow of information.

Unfortunately, every single unspoiled ballot today and the observation of these elections by international organizations, give their explicit consent to a system of sham elections and political repression. 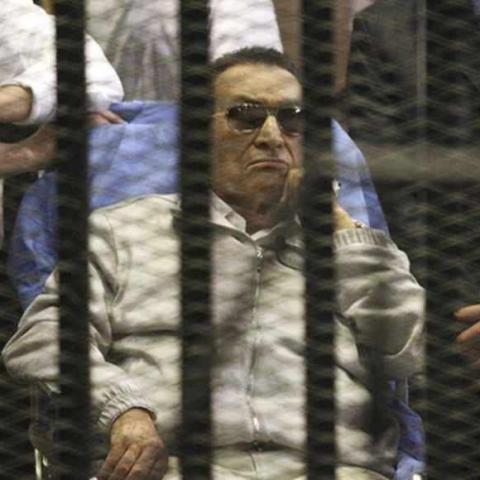