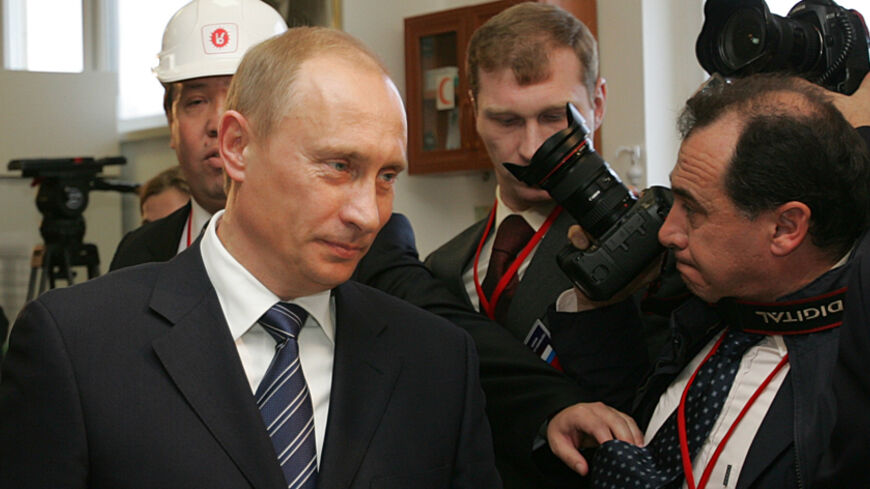 The fifth summit of the Turkey-Russia High Level Cooperation Council, held in Ankara on Dec. 1, ended with the signing of agreements and an astounding announcement by Russian President Vladimir Putin. The Russian leader said the South Stream pipeline project, which was to carry Russian natural gas to Europe through a conduit running under the Black Sea to Bulgaria and then Austria, had been dropped and the new route would run via Turkey.

Most energy and strategy pundits commented that Turkey had emerged as a winner from the controversy.

The new route replacing the South Stream will mean a third gas link between Turkey and Russia. The first of the two existing conduits reaches Turkey’s Thrace region via Ukraine and Bulgaria. The second one, known as the Blue Stream, runs under the Black Sea to Turkey’s northern port of Samsun and then down to Ceyhan at the Mediterranean. According to 2013 figures by the Energy Markets Regulation Board, Turkey imports 98% of the natural gas it uses. Russia alone supplies 58% of that amount.

Yet, an aspect that makes the situation even worse is often being overlooked: Apart from the third route that will raise Turkey’s gas dependence on Russia to about 70%, Turkey will be dependent on Russia also in nuclear energy. Turkey’s energy imports from Russia account for much of the some $30-billion trade volume between the countries.

Turkey and Russia have been at odds on many regional and international crises, including Syria, Iraq, Egypt, Cyprus and Ukraine, the Azerbaijan-Armenia conflict and tensions in the Eastern Mediterranean. Despite all those differences, Turkey, a NATO member, and Russia, which is believed to be building a fence to contain NATO, are tied to each other through such strong economic bonds and energy dependence that they are compelled to look past other problems in bilateral relations. Those bonds, which make the two countries “indispensable” to each other, were largely the reason why Putin’s 1½-hour face-to-face meeting with Erdogan was free of friction.

The project for the $20-billion Akkuyu nuclear power plant, which will have a capacity of 4,800 megawatts and will meet 16% of Turkey’s energy demand, has been awarded to Russia’s state nuclear energy company Rosatom, meaning that Rosatom and Gazprom together will dominate 74% of Turkey’s energy market in the future.

Turkey has begun preliminary talks with Rosatom for another nuclear power plant, while Rosatom has begun training Turks who will work in the nuclear energy sector. Two hundred Turkish scientists and engineers are currently in Russia for training.

Turkey has signed a $22 billion deal with Japan for a second nuclear power plant, planned to be constructed in Sinop, but Russia seems to be already stepping up moves to build the third one. In the event this materializes, Turkey will become irreversibly reliant on Russia not only in natural gas but also in nuclear energy, including relevant technologies, fuel rods and uranium supply.

Moreover, under the agreement sealed with Rosatom for the Akkuyu plant, the Russian company will also sell the electricity to the market and have a price guarantee from the Turkish state in the purchase of the electricity to be produced.

In its assessments of the project, Turkey’s Electrical Engineers Chamber (EMO) has not only stressed that dependence on Russia in the Akkuyu power plant will pose economic and political risks, but highlighted other adverse aspects such as the site of the plant, which is in a quake-prone area and close to tourism hubs, as well as environmental concerns. The EMO has warned that potential nuclear accidents similar to the Fukushima or Chernobyl disasters would lead to huge casualties in nearby Mersin, a city of more than 1 million people, and devastate some of Turkey’s most prominent agricultural fields and citrus orchards.

Despite all those warnings and objections, the environmental impact evaluation report for the Akkuyu plant was approved hours before Putin arrived in Ankara, removing the last obstacle in the way of construction. The government’s move was widely seen as a “gesture” to Putin.

According to reports and commentaries in the Russian media, Putin’s announcement that the South Stream had been dropped in favor of a new route via Turkey and the 6% discount Russia offered in the price of natural gas brings no liability for Turkey in return.

Yevgeni Sigal of Kommersant, Russia’s leading financial paper, says that despite the size of the pipeline project, which will have an annual capacity of 63 billion cubic meters, and the price discount, Turkey will not have to assume any responsibility or offer any guarantees for the remainder of the natural gas after withdrawing 14 billion cubic meters for its own consumption.

According to Gazprom CEO Aleksey Miller, “The project is over. The European Union presented the gas valve to Turkey.” Eager to demonstrate its enthusiasm for the new route to Turkey, the Russians quickly moved to set up the company that would build the conduit, naming it Gazprom-Russkaya.

Turkish energy expert Cuneyt Kazokoglu argues that the Russian price discount is not a gesture of benevolence. Under contract terms, he says, the gas is priced under a formula based on oil prices and therefore the discount is a contractual consequence of the global fall in oil prices.

As Turkish-Russian nuclear energy cooperation and preliminary talks on a second nuclear power plant accelerate, another topic of discussion pertains to whether Turkey may be planning to develop nuclear weapons. Citing reports by the German intelligence agency BND, Germany’s Die Welt newspaper reported allegations in September that Turkey, following the example of North Korea and Iran, was using nuclear energy as a stepping stone and smokescreen to develop nuclear weapons.

The piece, written by Hans Ruhle, a former senior German Defense Ministry official, claimed that Turkey was in secret contacts with Pakistan and Iran to develop nuclear weapons. President Recep Tayyip Erdogan would not like to see Turkey fall behind Iran and Israel on the issue, Ruhle wrote, adding that the BND had obtained indications to that effect from wiretappings.

The allegations of a Turkish strategy to shift from nuclear energy to nuclear weapons are questionable. Equally questionable is how much NATO and Russia will tolerate such maneuvers by a country which is both a NATO member and so dependent on Russia