Construction of the Akkuyu nuclear power plant is being moved forward to begin in August, as plans are shaping up for the Turkish Stream natural gas pipeline. 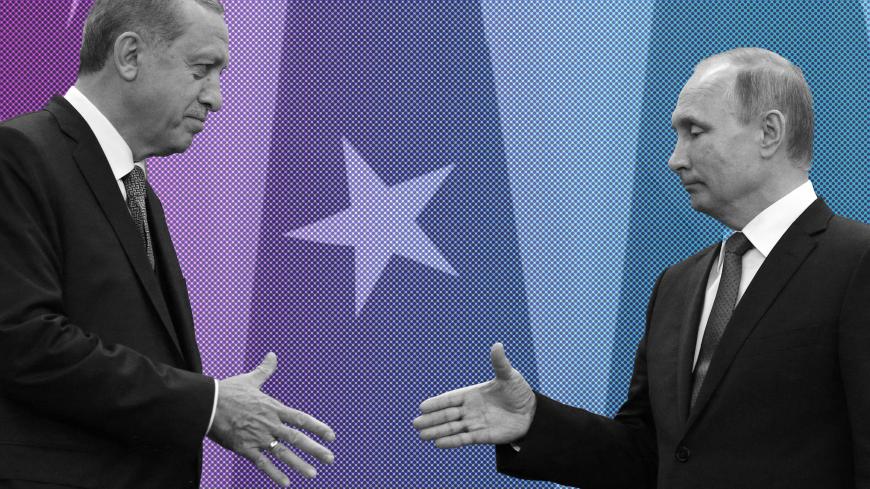 The era of Turkey partnering with Russia on mega projects in Turkey has begun with the Akkuyu nuclear power plant, which is expected to cost $20 billion. The Cengiz-Kalyon-Kolin (CKK) consortium will hold a 49% stake in the project, according to a preliminary agreement recently signed in Moscow. The final deal is expected to be signed in August or September.

No one was surprised when CKK was reported as a likely major shareholder in such a huge project. CKK companies have been contractors in several major projects in Turkey and abroad, primarily in the energy sector. The CKK businesses, which grew rapidly under Justice and Development Party (AKP) rule, are currently partners in the consortium that is building Istanbul's third airport at a cost of 22 billion euros ($25.1 billion). Zirve Holding, the parent company of Kalyon Construction, also owns the media group of Sabah-ATV, the media outfit closest to the government.

With the involvement of politically powerful Turkish partners, the Akkuyu project is going to speed up, especially in regard to the necessary paperwork, such as permits, which the Russians are expecting to conclude by the end of the year. When it became certain that Turkish partners would sign on, Turkey’s Energy Market Regulatory Authority issued an energy production license until 2066. Now land utilization permits will be provided by the Ministry of Forestry, and the Ministry of Finance and the Atomic Energy Agency will issue the construction permit for the station. These are expected to be concluded in short order, and the start date for construction of the plant will be moved up to September 2017 from 2018. The Turkish consortium will be actively involved in the construction, management, and credit financing.

Energy Minister Berat Albayrak said in November that power production at Akkuyu could begin by 2023, the centennial of the Turkish Republic. According to the latest projections, the first unit will start production in 2023 and the second one in 2024 with a total capacity of 24,000 megawatts. Energy experts agree that a “magician’s hand” has touched the Akkuyu project. No obstacles are expected in the construction and production stages going forward.

In return for accelerating the construction process, Turkish partners have an important demand: an equal share in management although their equity share will be 49%. Murtaza Ata, the head of the Kalyon Energy Group, told the Anadolu Agency, “We think it is a reasonable request to have an equal share in management. We believe that as soon as the final accord is signed, as the CKK, we will contribute substantially to further expedite the process.”

Next in line is the Turkish Stream natural gas pipeline, which seems to be following the same course as the Akkuyu project. A couple of years ago, Russia’s Nuclear Energy Agency (Rosatom) had announced that it would take on partners for the project. Now Alexey Miller, the CEO of Gazprom, which is constructing the Turkish Stream pipeline under the Black Sea from Russia to Europe, has announced that his company might also open the doors to foreign partners.

There are already indications that European-based gas operators are interested in buying shares in Turkish Stream. Turkish investors, who have generally ignored the energy market, are said to have been motivated by the Europeans' interest. BOTAS, Turkey’s state-owned pipeline company, is expected to be the primary partner.

Will it be profitable? Al-Monitor asked Gokhan Yardim, the former CEO of BOTAS, who recalled that in the case of the Blue Stream gas pipeline project, the Russians had proposed a 50% partnership to Turkey, but Ankara had found that unprofitable. Yardim said, “The gas was not ours. … To be solely a partner to the pipeline is costly and risky. That is why we didn’t agree to a partnership in Blue Stream.” Ankara elected instead to receive rent for the pipeline to traverse its territory.

Interest in Turkish Stream could skyrocket if European Union countries decide to buy gas from Turkish Stream. Depending on European demand, the four-line operation could deliver up to 6 billion cubic meters. So far the Europeans have not cited any numbers, but there are reports of bilateral agreements having been reached between some of them and Russia.

The Russians are still planning to construct two pipes in the first phase. One of them will supply Turkey, and 16 billion cubic meters of gas from the other will be sold to Europe, Yardim said, however, that if the EU doesn’t become a good customer, gas from the second pipe could be sold to the Balkan states through bilateral deals.

It is not possible to determine how lucrative the Turkish Stream will be as long as European demand remains unspecified. Experts say Turkey, to become an actor in the global gas market, must take some risks. Next year, it will be entering the European arena as a producer and carrier when the TANAP, Trans Anatolian Natural Gas Pipeline, becomes operational.

The general feeling now is for Turkish companies to take part in Turkish Stream with the government’s support as with the Akkuyu station.