Turkey's decision to strengthen its energy ties with Russia through agreements for the Turkish Stream and the Akkuyu nuclear power plant may put a brake on the Kurdistan Regional Government. 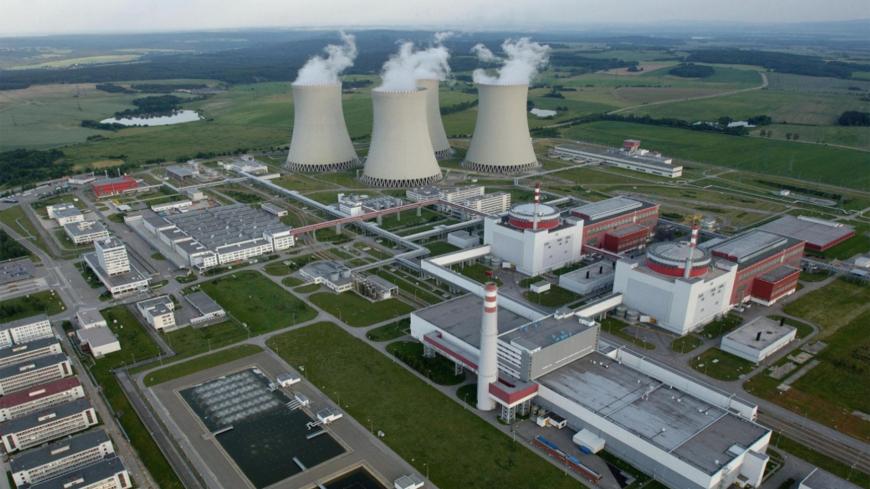 On Sept. 28, when Russian President Vladimir Putin and Turkish President Recep Tayyip Erdogan jointly stated their support for the sovereignty and territorial integrity of Iraq, they also made a point of stressing their countries' continued commitment to two joint mega energy projects: the Turkish Stream gas pipeline and the Akkuyu nuclear power plant. The success of these projects would diminish the importance of the Kurdistan Regional Government (KRG) as a regional economic actor, pushing the significance of its oil and gas resources into the background. Given the KRG's apparent hope to leverage such resources as part of a continued drive for independence — a drive Erdogan has said would lead to "even more serious mistakes” by the KRG — Erdogan and Putin’s joint statements are worthy of increased scrutiny.

This was the second visit by the Russian leader to Turkey since the improvement in relations that has taken place after ties suffered a major blow when Turkish forces shot down a Russian jet in November 2015. Putin’s first visit, in October 2016, was also energy-inspired, as it occurred at Erdogan’s invitation to participate in the 23rd World Energy Congress. Last week’s meeting was labeled a "solely pragmatic meeting” by the Kremlin, because it covered several essential bilateral trade issues, such as Turkey’s purchase of Russia’s S-400 missile system, Russia’s embargo on Turkish tomatoes and the two countries’ joint energy projects. At the leaders' press conference, they stressed their discussions on energy projects, while also commenting on international security issues such as Syria and the KRG independence referendum.

Turkey needs a cooler relationship with the KRG. Since January 2013, the Turkish-British joint venture Genel Energy’s truck-based deliveries from the KRG have been bypassing the Baghdad-controlled Kirkuk-Yumurtalik oil pipeline; the oil has instead been going to Turkey’s Ceyhan port on the Mediterranean Sea. This had already prompted concerns about the KRG’s drive for economic and political independence, and pushed Ankara into the middle of an international diplomatic crisis.

Moreover, Turkey’s insatiable energy demand and growing energy deficit are national priorities for Ankara. The Turkish Ministry of Energy and Natural Resources’ official strategy for “electricity and the security of supply” deals with this by seeking to reduce the share of natural gas in electricity generation by 2023 to 30%, down from the current 46%.

To fulfill this strategy, Turkey has chosen to strengthen its energy ties with Russia through agreements for the Turkish Stream and the Akkuyu nuclear power plant — two giant energy supply sources that can easily make supplies from the KRG unnecessary for Turkey’s energy security.

The Akkuyu nuclear power plant is expected to represent 5% of the total installed electricity capacity of Turkey, according to a 2016 review by the International Energy Agency (IEA). The agreement on the Akkuyu nuclear power plant was signed with Russia and ratified by the Turkish parliament in 2010. Russia's state atomic energy corporation, Rosatom, is to construct the facility. Once completed, the plant is expected to produce approximately 35 billion kilowatt-hours of electricity every year, meeting 6% to 7% of Turkey’s electricity demand. The project has repeatedly run into delays, and was briefly halted after Turkey downed the Russian jet. But ties have normalized, work on the plant has resumed and the first unit is expected to become operational in 2023 — around the same time the expected KRG gas pipeline could become operational.

However, both the Turkish Stream and Akkuyu nuclear plant projects have to overcome several technical setbacks before turning into real threats, according to the IEA’s 2016 energy outlook. The Turkish Stream pipeline would first need to secure a large gas demand in European markets (beyond Turkey and Greece), and would need substantial transmission capacity to transport the gas through Turkey and Eastern Europe to access key EU gas markets. None of these conditions have been satisfied to date, according to the IEA. Concerns about Akkuyu hinge on regulation, such as new laws required to urgently proceed toward the full administrative independence of Turkey’s Nuclear Regulatory Authority, having the human resources to assess, monitor and evaluate the projects and having collaboration with international organizations such as safety authorities and/or technical support organizations.

In the meantime, it is worth noting that while both Putin and Erdogan stressed these projects in their Sept. 28 statement, neither Turkey nor Russia has actually denied or rejected their commitments with the KRG for building a gas pipeline there as well. In that sense, the message seems clear — Turkey and Russia remain available to help the KRG export its gas resources. However, they are also moving ahead with projects that would greatly limit the ability of an independent KRG to leverage its gas resources.