Turkey risks its reliability by keeping quiet on its energy deal with the Kurdistan Regional Government. 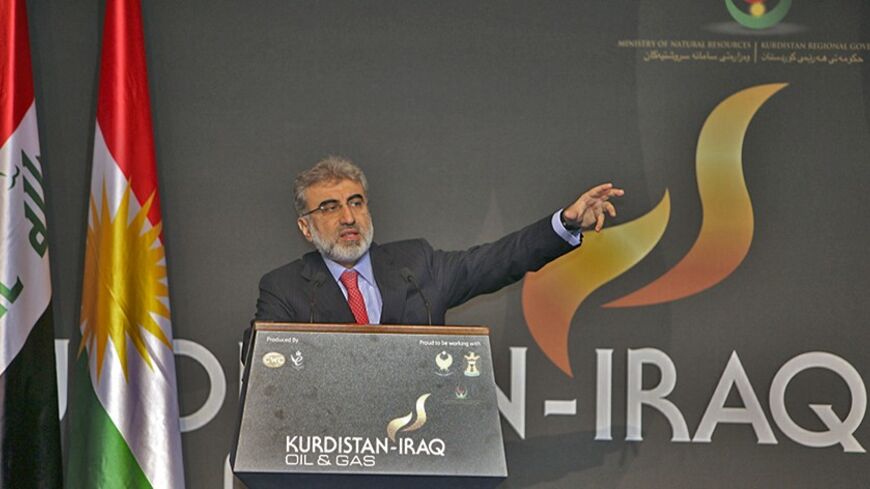 Since international media reported crude oil flowing to Turkey from Iraq's Kurdistan Regional Government (KRG), this oil flow’s legality has become a global issue. There is little transparency surrounding the issue in Turkey, as no public information has been released regarding through which pipeline Turkey is receiving Kurdish oil. Does a new pipeline exist in Turkey? If it does, who built, funds and manages it?

Indeed, if Kurdish oil is being exported out of Ceyhan, questions must be asked about this oil's legitimacy and origins, before we can even begin to explore its effects on Ankara-Baghdad relations. The KRG-Turkey deal is shrouded in complete technical, juridical and financial opacity in Turkey, which is in contrast to the abundance of press releases that accompanied negotiations for the Nabucco, TANAP and South Stream pipelines.

The KRG oil flow has been expected since Turkish Prime Minister Recep Tayyip Erdogan announced in May 2013 that Turkey would pursue separate oil arrangements with the KRG, in partnership with ExxonMobil. The sector has questioned the legality of these agreements under both international law — as Iraq still lacks an oil-revenue sharing resolution — and under political acceptability, since the United States opposes the KRG’s independent energy trade with Turkey. This is probably why, following reports of KRG-Turkey oil flow, Turkish authorities stated that the oil would be stored at Turkey's Ceyhan export hub and not exported without the Iraqi central government's approval. Besides this proactive measure to defuse international tensions, the Turkish government has not made any effort to inform the public on this new oil import route for Turkey.

There has been no official statement as to where this oil flows throughout Turkish territories. During the KRG’s oil pipeline construction to the Turkish border, the Turkish government made no announcement about the Turkish part of the pipeline. With such scarce information, one can only speculate on different scenarios for this KRG-Turkey oil flow.

The first scenario would be for the Kurdish pipeline to link up with the Kirkuk-Yumurtalik (Kirkuk-Ceyhan) pipeline on Turkish territory. This 970-kilometer crude oil pipeline was built during the reign of Iraq's Baathist government. According to the governmental agreement regarding the pipeline, neither Iraq nor Turkey could transfer oil via the pipeline without the other party's approval. This condition became an issue when authorities previously proposed to join the Baku-Ceyhan pipeline to Kirkuk-Yumurtalik's section in Turkish territory.

Indeed, if the flow is occurring via the existing Kirkuk-Yumurtalik pipeline, then Turkey must already have the approval of Baghdad, and should already be earning transit revenues. Or, if Baghdad has not given its support, the legal framework of this oil flow remains murky. If Ankara is using the Kirkuk-Yumurtalik pipeline for the oil sent by Erbil without Baghdad’s approval and/or without paying Baghdad a transit fee, then Turkey has violated the Kirkuk-Yumurtalik governmental agreement. This violation could endanger Turkey’s prestige, jeopardizing its reliability as an energy transit country for its contracts with Azerbaijan, Iran and Russia.

In both scenarios, questions remain unanswered on import mechanisms. These questions concern which company was awarded oil-import contracts from Iraq to Turkey, how these import revenues would be paid and whether the Turkish parliament issued a ratification bill for this import deal. One can answer these questions only by surmising.

For example, in May 2013 Erdogan did not give the name of the state-owned firm set to spearhead efforts in the KRG, but various sources suggested the Turkish Petroleum International Company (TPIC), an arm of the state-run Turkish Petroleum Company (TPAO). Likewise, in November 2013, Turkey’s minister of energy and natural resources, Taner Yildiz, suggested Ankara could serve as an independent intermediary for revenues from the project by having Iraq's oil revenues deposited into an escrow account at a Turkish state bank. As Halkbank already serves as mediator for Iran’s energy bill, one can surmise this state bank would be Halkbank as well.

Indeed, if the KRG and Turkey have launched an oil trade, this could be commercially enticing for both sides, but it risks becoming politically destructive. A lack of transparency may not only hamper both sides’ domestic support but also Turkey’s objective of becoming a reliable energy hub.