How independent is the Iraqi-Kurdish pipeline to Turkey?

Turkey can be instrumental in brokering a grand bargain on oil policy that affirms Iraqi sovereignty while assuring the Kurdistan Region of Iraq’s contribution to export growth. 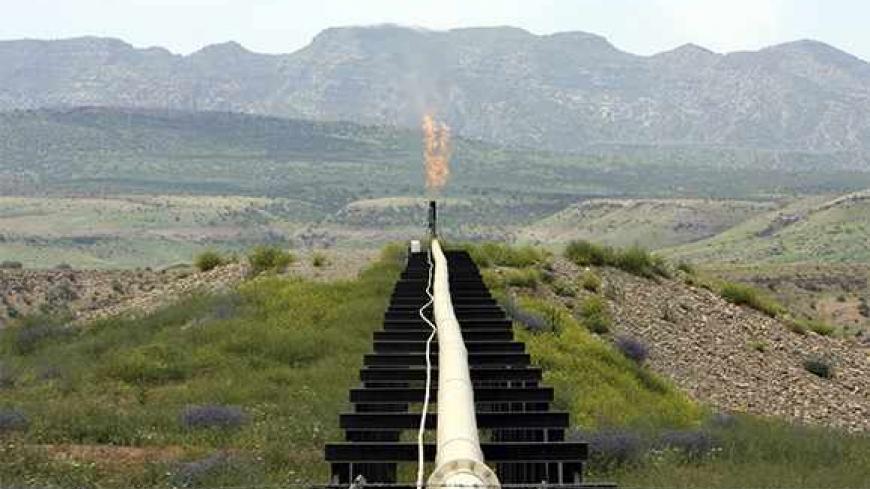 The Kurdistan Regional Government (KRG) has nearly finished constructing its own oil pipeline to the Turkish border, hoping to export Kurdish crude and secure a guaranteed revenue source independent of Baghdad. The pipeline is being sanguinely spun by the media, most industry analysts and the KRG as “independent”; it will circumvent Iraqi state authority, further enhance the KRG’s political and energy sector autonomy and enable international oil companies (IOCs) to fully monetize production. Yet, a deeper look at the KRG pipeline questions how independent it really is, or can become. Instead of bypassing Baghdad, the pipeline will be tied into the existing Iraqi state infrastructure. Consequently, official Iraqi Kurdish oil exports will not be made by a KRG fiat, but will result from a larger bargain between Erbil, Baghdad and Ankara, although one that affirms Iraqi sovereignty.

In some ways, the KRG pipeline is autonomous. It lies within Iraqi Kurdistan's official boundaries and is fully controlled by the KRG. The pipeline will also be linked to an independent metering station distinct from the current Iraqi-controlled station at the Feshkabor (Turkish) border. In this way, the KRG can monitor and control its own exports without intervention from the Iraqi government. At a minimum, the 400,000 barrel per day pipeline will function as an internal feeder line that provides a more cost-effective means to transport Kurdish crude to the Turkish border than current trucking operations.

Still, the pipeline is not independent. Even with its own metering station, the KRG will have to tie its pipeline into the existing Iraqi-Turkish pipeline if it wants to transport Kurdish crude to Turkey’s Mediterranean port in Ceyhan. There is no alternative pipeline infrastructure in Turkey in which this KRG line can be connected. Once Kurdish crude is transmitted through the Iraqi-Turkish pipeline, Baghdad can calculate the KRG portion of exports by deducting the amount shipped from Kirkuk from the total amount received at Ceyhan — ascertained by Iraqi State Official Marketing Organization officials stationed there. The KRG would also have to coordinate the timing of its crude shipments with Iraqi officials in Kirkuk who control the Iraqi-Turkish pipeline, since the heavier grade of Kurdish crude cannot be mixed with the lighter Kirkuk grade.

Legal issues pose further challenges to independent, official KRG exports. The Pipeline Tariff Agreement renewed between Baghdad and Turkey in 2010 for 25 years (with a 10-year possible extension) affirms that all fluids inside the Iraqi-Turkish pipeline belong to the Iraqi government.  Kurdish crude that enters the pipeline to Ceyhan at any point would be legally considered Iraqi property. Payment then becomes a problem, since there is no legal mechanism that permits Ankara to circumvent Baghdad and pay the KRG directly. In fact, despite the energy ties that bind Ankara and the KRG, Turkish Energy Minister Taner Yildiz has affirmed that under any export scheme Turkey would pay Baghdad directly and let the payment issues be resolved internally.

Ankara’s unwillingness to further undermine Iraqi sovereignty is influenced by geopolitical trends and in particular the intractable Syrian crisis. As Islamic extremists and Kurdistan Workers’ Party (PKK) control and destabilize Turkey’s border areas and as Turkish Prime Minister Recep Tayyip Erdogan faces his own domestic challenges — including 2014 local elections — Ankara is reassessing regional alliances to assure its national security interests. Rapprochement efforts between Turkey and Iraq signal this concern. They will likely result in a cooling-off period until the elections and preclude a direct Ankara-Erbil export agreement that would antagonize Baghdad. Iran also retains significant influence in the region and would not support any effort to further autonomize the Kurdistan Region of Iraq at the expense of Iraqi state sovereignty.

Indeed, the pipeline’s value is also the leverage it can accord to the KRG, particularly as the Iraqi state aims to expand its oil exports and Prime Minister Nouri al-Maliki seeks re-election in April 2014. The KRG will likely use its increasing crude export volumes and pipeline to extract payment and political concessions from Baghdad, in exchange for Kurdish support for Maliki. Baghdad has already recognized the KRG’s pipeline potential by incorporating and expanding KRG crude exports in the 2014 Iraqi budget to 400,000 barrels per day. This amount, if realized in full, would allocate $860 million for IOC payments in the Kurdish north.

Still, in an environment where zero-sum politics defines decision-making and not the logic of the market, the sustainability of a Baghdad-Erbil concession in a post-election period is questionable. Maliki may offer the KRG another ad hoc payment, but the KRG will ultimately need a national hydrocarbons or revenue-sharing law ratified by the Iraqi parliament to assure contract approval, minimum export levels and full payment of IOC operating costs. Local populations pose further challenges to where Iraqi hydrocarbons’ are developed and how revenues are distributed.  Resource-rich provinces and the KRG may seek greater control over their energy wealth; however, these ambitions coexist with Iraqi and Kurdish resource nationalism that requires meeting rising domestic demands and expectations first.

In this sense, Turkey can play a key role in the pipeline imbroglio by nudging its Kurdish commercial partner and Baghdad to negotiate a grand bargain that affirms Iraqi sovereignty while assuring the KRG’s key contribution to northern corridor export growth. Given the Kurdistan Region’s landlocked status, absence of alternative, large-scale transit routes, lack of regional support for an independent pipeline, and projected growth from southern Iraqi oil exports, such a bargain would likely require concessions by the KRG over official export rights and payment. This option may seem unpalatable, but it may be the only realistic means in which to expand and monetize the Kurdistan Region’s oil wealth.