Who Will Pay IOCs in Iraqi Kurdistan?

An Iraqi-Turkish oil pipeline for exports from the Kurdistan Region of Iraq might reduce tensions between Baghdad and Erbil, while improving Iraqi-Turkish ties, writes Denise Natali. 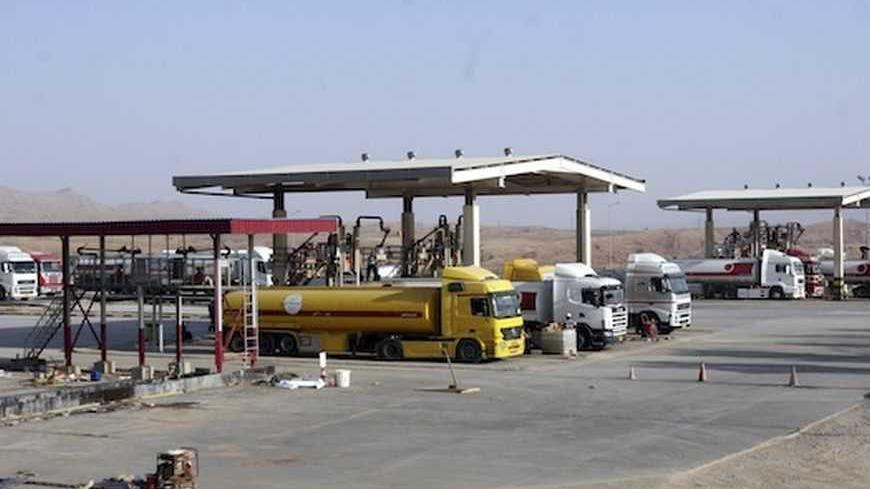 Tanker trucks wait to be loaded at Taq Taq oil field in Erbil in the Kurdistan region of northern Iraq, about 220 miles north of Baghdad, Sept. 5, 2012. - REUTERS/Azad Lashkari

Once again Baghdad and Erbil are disputing Iraq’s annual budget, underlining the unresolved tensions over authority and rights in the state. The Kurdistan Regional Government (KRG) continues to request more revenues than its current 17 percent allocation, while Baghdad wants to reduce the KRG’s relative share.

The difference today is the context in which the budget dispute is unfolding, which is not in the KRG’s favor. It follows a period of worsening relations between Baghdad and Erbil, as well as the KRG’s expanding financial obligations — including honoring international oil company (IOC) contracts without any viable, alternative revenue source in sight. Even if both sides reach another temporary side deal, the budget imbroglio reveals the KRG’s financial vulnerability in the Iraqi state, its inability to fully pay IOCs, and the ultimate need for a grand compromise between Baghdad, Ankara and Erbil over hydrocarbons exports.

Given the KRG’s ongoing attempts to challenge Baghdad, the Iraqi central government is pushing back in the one area where it retains leverage over the KRG: the budget. With about 95 percent of KRG revenues derived from the central government, which have increased exponentially from about $2.5 billion to over $10 billion from 2005-2012, and with the KRG’s ever-expanding expenditures and social-welfare function, Erbil has become increasingly dependent on Baghdad. A significant cut in these revenues could instantly undermine the KRG’s economy and its investment future.

Part of this predicament is a consequence of the KRG’s achievements within an ambiguous legal and political environment. While Iraqi provincial administrations have failed to spend their full budgets — or to implement projects effectively — the KRG has done just the opposite. Only ten years after ex-President Saddam Hussein’s overthrow, the region has surpassed most other Iraqi provinces in development levels. The KRG now demands $4 billion in additional funds for its energy sector and IOCs payments alone. Baghdad has offered to pay only a fraction of that amount, about $625 million. It contends that the KRG has failed to meet its end the export bargain, having smuggled or bartered away its crude and failing to export an official 175,000 barrels per day as agreed.

While the payment problem can partially be attributed to Iraqi Prime Minister Nouri al-Maliki, who has hardly encouraged real power and revenue-sharing in the Iraqi state, the KRG has done little to assuage relations with its main funding source. Openly and frequently calling Maliki a dictator, positioning Kurdish peshmerga in sensitive areas and signing oil contracts in disputed territories may have affirmed Kurdish nationalism — but it also has placed the KRG in a more vulnerable position at Iraq’s financial bargaining table.

Nor has the KRG’s strategy of threatening Baghdad with an independent pipeline to Turkey pushed the central government toward a compromise on IOC payments. By trucking out small quantities of crude and condensates from the Kurdistan Region to Turkey, some IOCs have been able to partially offset their costs, which enables KRG elites and associated companies to profit. But these volumes are too insignificant to affect Baghdad’s calculus, particularly as it expands its own production and export levels from southern fields. Moreover, despite the rhetoric coming from private companies, the KRG and the media about Kurdish exports, Ankara remains committed to Iraq's territorial integrity and not to developing an independent Kurdish pipeline export route.

The KRG's budget problem has emerged from another key miscalculation that has little to do with Maliki or Turkey. Although the KRG has mustered anti-Maliki sentiment among different Iraqi groups, it has failed to translate this mutual opposition into a necessary support base for its territorial claims, energy deals and financial needs. Members of Iraqiyya, the KRG’s post-2003 ally in Baghdad, are unwilling to back the Kurds’ budget requests. Sunni Arabs on the finance committee in Baghdad also argue that the KRG’s financial demands are excessive. Even Mosul governor Atheel Nujaifi, who may support the KRG energy deals in Ninewa for his personal gain, will not back the Kurds’ land claims, which cross a Sunni Arab ‘red line’.

Indeed, the KRG can continue its game of brinkmanship with Baghdad by blocking legislation in the parliament, signing more contracts with IOCs, and keeping its peshmerga deep inside the disputed territories. But given the ineffectiveness of these tactics in mobilizing Iraqi support — Sunni and Shia alike — for the KRG’s financial demands and the geopolitical trends that warrant against an independent pipeline, the KRG may need to rethink its current hard-line strategy and seek a more nuanced approach with Baghdad.

One option would be to focus on developing Iraq’s northern corridor and repairing the existing Iraqi-Turkish pipeline for Kurdish exports. This option is not without its own challenges; it would require a payment mechanism, agreed contract terms, a revenue-sharing law, negotiations over land claims and a rapprochement between Ankara and Baghdad. Still, focusing on a “shared pipeline” that doesn't threaten Iraq's territorial integrity is the most viable way the KRG and IOCs can advance their long-term energy interests. Pressing for an independent line while aggrandizing territorial claims in Iraq will only increase neighboring states' concern and alienate Baghdad, ultimately weakening that opportunity.