Baghdad and Erbil Clash Over Oil

The Iraqi energy sector is more divided than ever, writes Denise Natali. As Baghdad insists on central control over the country’s resources, the Kurdistan Regional Government (KRG) is busy developing its own oil market. A cold war is brewing between Baghdad and Erbil as the Iraqi prime minister consolidates power and the Kurds attempt to check it. 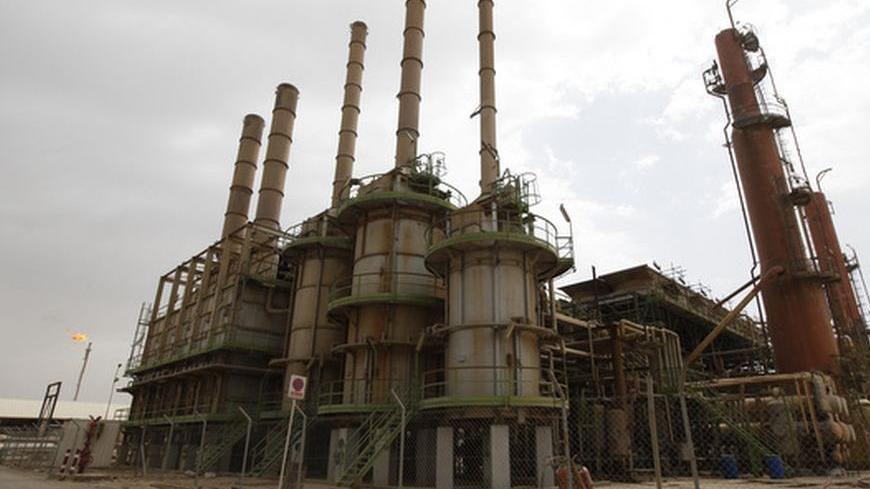 The Iraqi energy sector is more divided than ever. While Baghdad insists on central government control of the country’s natural resources, the Kurdistan Regional Government (KRG) is autonomously developing its own oil market. Underlying these differences is a brewing cold war between Baghdad and Erbil, particularly as Iraqi Prime Minister Nouri al-Maliki consolidates power and the Kurds attempt to check it.

Still, Baghdad is regaining leverage over Iraq’s energy arena. Increased state oil production and revenues, despite the mediocre results of the fourth bidding round, have reinforced central government authority and the means by which it can appease and control challengers. This trend, along with the absence of a cohesive anti-Maliki block and the unlikelihood of a direct KRG pipeline deal with Ankara, will further frustrate negotiation of a national hydrocarbons law and keep Kurdish crude in political and economic limbo.

These developments, alongside improved economic relations with regional and international actors, have strengthened Baghdad’s sense of resource nationalism and state control of energy management. Even though major international oil companies (IOCs) showed little interest in Iraq’s fourth energy auction, Turkey’s state-run oil company TPAO secured another contract with a Kuwaiti consortium, marking its fourth investment in Iraqi fields that border or are near Iran. These regional interests may not raise Iraqi reserves to the levels planned, but they affirm important state-to-state energy-sector ties.

Indeed, if Baghdad wants to further expand Iraq’s oil and gas reserves and increase production and export levels, then it will have to modify its contracts and entice major IOCs to its energy sector. Plans are already underway for a fifth bidding round, which could be another litmus test for potential compromise between the central government and IOCs. Still, even if Baghdad renegotiates profit margins it will be unlikely to cede full ownership of oil and gas to foreign firms. This issue remains a red-line for Baghdad, and is embedded in the commitment to Iraqi sovereignty and assuring “Iraqi oil for Iraqis.”

How will these trends impact the Kurdish energy sector and Baghdad-Erbil relations?

In the short term, hardly at all. The KRG will continue to sign its own production-sharing contracts and attempt to bring in more oil majors to its market. In fact, as long as the KRG can profit from higher sign-on bonuses, partially pay IOC costs by securing undisclosed revenues for the region through domestic crude sales and smuggling to Iran and continue to receive its annual multi-billion-dollar budget from Baghdad, then it has little to lose from the current impasse.

It is more likely that political obstacles will emerge as the KRG attempts to navigate around Baghdad's payment and export constraints. Not only has the KRG’s ExxonMobil deal exacerbated tensions with Baghdad, but it has caused a backlash from Iraqi Arab populations that could undermine the Kurds’ longer-term energy interests. Although some Sunni Arab elites currently support the KRG in an anti-Maliki alliance, local Sunni Arab groups and Iraqi officials in southern and central Iraq have turned toward Maliki against the Kurds. Their goal is to protect Iraqi unity from what they perceive as Kurdish land grabs and an over-reaching Kurdistan Region, tied to KRG oil deals in the disputed territories.

These challenges are particularly important because the KRG has no viable alternative in which to operate its energy sector other than with Baghdad. The recent Kurdish proposal to build a direct pipeline to Turkey may have stimulated a media frenzy and investor confidence, but it offers no real guarantee for independent Kurdish exports. The verbal agreement between Turkish Energy Minister Taner Yildiz and Kurdish Oil Minister Ashti Hawrami to pursue shared energy interests does not translate into official Kurdish oil sales to Turkey. Not only is there no signed agreement, but the Turkish minister affirmed that any pipeline plan would require Baghdad’s approval. Yildiz also was careful not to endorse a separate Kurdish line but rather to fill the “current Iraqi line to a higher capacity.”

Moreover, despite the KRG’s potentially cheap energy — or easy transshipping profits for Turkey — Ankara has serious border-security concerns that will ultimately shape the deals it makes with the KRG, and the degree of Kurdish autonomy it permits. As the PKK issue heats up in Turkey and Syria, and as long as the PKK base remains in Iraqi Kurdistan, this tension will become increasingly salient. Nor are neighboring states likely to further empower the KRG, particularly with expanding trans-border Kurdish nationalisms and an unstable Syrian situation.

These geopolitical realities leave the KRG, which is fully dependent upon Baghdad for its budget, with two viable options. It can continue to sell its crude to local markets and truck it across borders, or export its oil through the official Iraqi line. The first option allows the KRG to remain largely in control of its oil and revenues, although at about half of official market prices and at a reduced level. The second option could lead to larger output and revenues, but would require some concessions on KRG control of its energy sector and its nationalist and territorial claims. The latter may be the least palatable choice for the KRG at the moment, but it has the most realistic chance of leading to a national oil law, maximizing Iraqi energy potential and enabling the KRG and its IOCs to fully monetize production.