Who Needs an Iraqi Oil Law?

Iraq has become OPEC’s number-two oil exporter, but lacks a national oil law to help unify markets, reduce investor risks and promote future energy development. Denise Natali writes that although Baghdad and Erbil have much to gain without a law, putting negotiations off only further embed Iraq's energy sector in territorial and political issues. 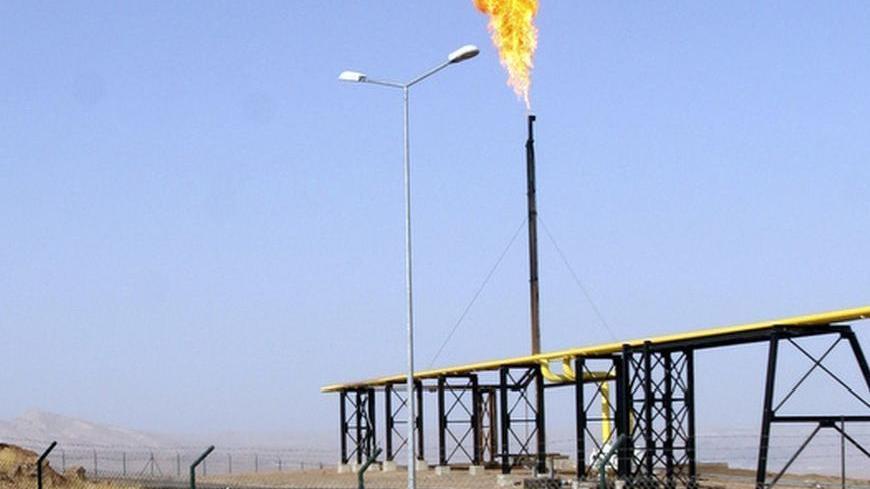 A flame rises from a pipeline at Taq Taq oil field in Arbil at the semi-autonomous Kurdistan region of northern Iraq, about 350 km (220 miles) north of Baghdad, September, 5, 2012. - REUTERS/Azad Lashkari

Although Iraq is expanding its energy sector and has become OPEC’s number-two oil exporter, it still does not have a national hydrocarbons law. To many, that law is essential to help unify northern and southern markets, reduce investor risks and attract the foreign capital and expertise needed for future energy development.

Still, Baghdad and Erbil have much to gain without a law, at least in the medium term. Legal and political ambiguity has allowed both sides to postpone decisions on key issues, consolidate power and leverage and profit financially from undisclosed revenues and ongoing investment. Instead of the negotiation of an oil law, what is more likely is a continuation of the status quo, at least until international oil company (IOC) payments come due or a game-changing event demands a compromise.

Indeed, from an industry perspective, an oil law is needed to replace the numerous antiquated and contradictory laws that define Iraq’s energy sector and sow tension and fragmentation across the country. The application of Saddam-era oil legislation, the 2005 constitution and the Kurdistan Regional Government’s (KRG) hydrocarbons law has led to vastly different interpretations and guidelines for energy development by Baghdad, the KRG and provincial administrations. It has also frustrated Iraq’s energy potential. Bottlenecks are rampant in everything from infrastructure development to auditing, which prevent regular payment and execution of projects.

Yet Baghdad continues to advance its energy and political goals without an oil law. Even though the central government has lost key IOCs to the Kurdish north, it will likely seek national oil companies (NOCs) to exploit the southern fields without sacrificing its commitment to state sovereignty over natural resources. Rising NOC influence, emergent resource nationalism and industry trends toward technical-sharing agreements over production-sharing contracts have further enhanced Baghdad’s centrist position. Rather than compromise on a law, the central government has focused its attention on consolidating its power base and establishing a petro-dollar law that can help Iraqi Prime Minister Nouri al-Maliki gain support from oil-producing provinces, namely Basra.

Even if another draft oil law is re-introduced in the Iraqi parliament, consensus is highly unlikely. Neither Baghdad nor Erbil are any closer to ceding authority over their respective energy sectors today than they were in 2007, when the first draft law was debated. A new thorn in the hydrocarbons law is Ninewa province — the heartland of Arab nationalism and Sunni Islam in Iraq. By signing contracts with IOCs in disputed areas of Ninewa and attempting to Kurdify minority populations in the province, the KRG has further politicized the energy sector while antagonizing many Arab Iraqis, who regard an oil law as an “enemy to the Iraqi nation.”

The Iraqi parliament also remains reluctant to negotiate an oil law, despite Baghdad’s recent back payment of over $500 million to the KRG for oil exports and the KRG’s agreement to increase exports to 200,000 barrels a day. In fact, as the KRG attempts to use IOCS to solidify its control of disputed territories and leverage Baghdad, it has added further complexities to a law and altered political priorities. The committees and various draft laws will now have to incorporate the disputed lands into an oil law, while distinct types of contracts will have to be negotiated separately.

Nor has the absence of an oil law hindered Kurdish energy-sector development. Since 2007, the KRG has successfully played off Baghdad’s weaknesses, defied its blacklist threats and attracted large IOCs to the northern region. Even without a guaranteed payment mechanism for IOCs the KRG and its affiliated parties and companies have profited immensely from domestic energy market expansion in the Kurdistan Region. In fact, non-payment from Baghdad has supported the Kurdish Ministry of Natural Resources strategy of pushing out smaller IOCs and replacing them with a handful of prestigious oil majors that can better lobby KRG energy interests regionally and abroad.

The consolidation of IOCs in the Kurdistan Region through mergers and acquisitions also means new contracts and more lucrative sign-on bonuses for the KRG — all without a law or any oil and gas having reached international markets. Moreover, the presence of oil majors has bought the Kurdish leaders more time in the energy gamble. With a three-year window to commence drilling, IOCS that currently sign KRG contracts have effectively moved the deadline for payment to 2015–2016. Future newcomers will extend the deadline even further, giving the KRG more time to try and leverage Baghdad and negotiate with Turkey, without having to pay its IOCS.

There are "known unknowns" that could influence Iraq’s oil-law negotiations, such as a significant drop in world oil prices, the outcome of the Syrian crisis and Turkey’s role going forward in negotiating oil exports with Baghdad and the KRG. Even then, as long as Baghdad and the KRG can continue to profit from the status quo without forfeiting control of their own resources or revenues, or having to make decisions on sensitive political issues, then they are not particularly pressed to negotiate an oil law. The real problem is the long term. Non-negotiation will only further embed the Iraqi energy sector in unresolved territorial and political issues, making the prospects for negotiating a viable law increasingly unlikely.