The Limits of Turkey's Kurdish Efforts in Iraq

Turkey’s "zero-problems with neighbors" policy seems to be working in the Kurdistan Region of Iraq, writes Denise Natali. In five years, Ankara has used its soft power to turn a once tense relationship with the Kurdistan Regional Government into an economically and politically profitable one, but fragile regional alliances still play a major role. 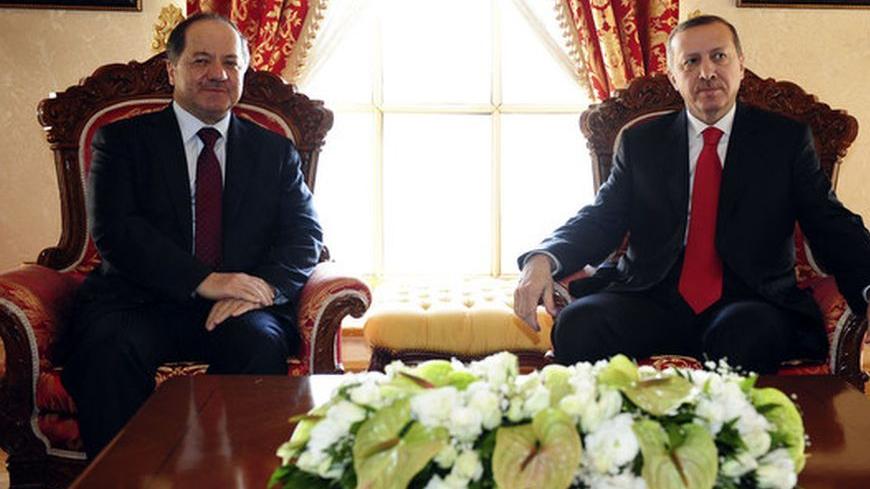 One place where Turkey’s ‘zero-problems with neighbors’ policy seems to be working is in the Kurdistan Region of Iraq. In just five years, Ankara has used its soft power to turn a once conflicted relationship with the Kurdistan Regional Government (KRG) into an economically and politically profitable one. Still, even this alliance has its limits. Ankara may be highly engaged in the Kurdish oil market, but it will not fully support the KRG’s quest for economic independence. Nor is Turkey willing to completely alienate Baghdad for its Iraqi Kurdish ally. Despite tensions between Turkish Prime Minister Recip Tayyip Erdogan and Iraqi Prime Minister Nouri al-Maliki, Ankara remains vested in the Iraqi oil sector and committed to Iraq's territorial unity. These ongoing ties, as well as political trends in Iraq, will further challenge the KRG’s energy ambitions and create greater pressure for an Erbil-Baghdad energy compromise.

Thus far, the Turkish-KRG alliance has been a mutually beneficial one. By partnering with Iraqi Kurdish president Massoud Barzani, Ankara has been able to address a number of economic and foreign policy concerns simultaneously; checking the Kurdistan Workers' Party's (PKK) militancy in border areas, mediating Syrian Kurdish nationalists, forming a stronger defense against Iranian influence; and becoming a regional energy hub. In return, the KRG has used Turkish investments to develop an alternative energy market that has helped expand its autonomy and challenge central government authority. With Ankara’s support, the KRG has circumvented Baghdad’s payment and export restrictions by reviving cross-border trucking operations, enabling it to access undisclosed revenues and refined petroleum products and partially pay international oil company (IOC) costs.

Yet, neither Ankara nor Erbil can fully honor their commitments to each other. Barzani has been unable, or unwilling, to control PKK activities inside Iraqi Kurdistan or in Syria, particularly since the KRG is currently pro-Turkish and the PKK and most Syrian Kurds are not. Even then, it is uncertain if the KRG wants to fully relinquish its PKK card. Just as regional states are using the PKK against each other, the KRG is using the radical Kurdish nationalist group to leverage Turkey and assuage Kurdish nationalist populations. Further, even though Turkey has encouraged a Kurdish energy export market, it has affirmed that activities with the KRG are part of local “border trade” and not representative of official international agreements. As Turkey supports Kurdish energy development, it also is working with Baghdad to expand southern exports from Basra through the northern line, potentially bypassing the KRG.

The Turkish-KRG alliance may further be challenged by the Kurdistan region’s rapid and uneven development processes. Alongside the demand for Turkish consumer goods inside the Kurdish north is a strong nationalist current that is seeking greater autonomy and real democracy — claims that counter Turkey’s underlying conditions of its Erbil partnership (limited Kurdish autonomy and a strong security apparatus).  Further, the growing Barzani-Kurdistan Democratic Party (KDP) power and different Kurdish party approaches toward Baghdad and Maliki are breeding political polarization in the northern region. Barzani’s recent appointment of his son, Masrur to head the new $265 million KRG Security Council has elicited outrage from independent and opposition groups, and is likely to be a source of future political bottlenecks and tensions.

Turkey has not been able to parlay its Kurdish partnership into a larger Sunni Muslim alliance that could advance its political interests in Iraq either.  Ankara’s support for the Iraqiyya faction may have brought together some Kurdish and Sunni Arab elites into an anti-Maliki coalition and provided sanctuary for Iraqi vice president and current fugitive Tariq al-Hashemi. Yet this coalition has been unable to overthrow the Iraqi prime minister. In fact, since the Hashemi affair and the failed no-confidence vote against Maliki, Iraqiyya and the KRG have been further weakened in Baghdad.

Even the politically expedient alliance between the Turkish backed, Sunni Arab governor of Mosul, Atheel al-Nujaifi and Barzani has not gained support of their local constituents. Rather, this alliance and Nujaifi’s recently expressed interest in the ExxonMobil oil deal in Ninewa’s disputed territories has deepened schisms with fellow Sunni Arabs. Some have turned to Maliki and/or joined Shiite groups to affirm their commitment to Iraq’s territorial integrity and growing anti-Kurd sentiment.

These internal power struggles will continue to unsettle Iraqi politics while allowing Ankara to leverage competing energy ambitions. One possible outcome would be to connect the KRG’s soon-to-be constructed feeder pipelines to the existing Iraqi pipelines. This could increase Turkey’s energy import needs and pipeline tariff fees, potentially expand Baghdad-controlled northern export volumes to over 1.4 million barrels per day and give the KRG a feasible and efficient way to access world oil markets, particularly since an independent Kurdish pipeline to Turkey is unrealistic. This option would still leave Baghdad with the upper hand because it would maintain control of payments, although the KRG could influence export volumes and pipeline security. A more likely option, at least in the short term, is non-negotiation and continuation of the status quo. Turkey could still gain by playing off Baghdad and Erbil, although Baghdad’s northern exports would be limited while the KRG’s oil sector would remain dependent upon domestic sales and local “border trade.”

Denise Natali holds the Minerva Chair at the Institute for National Strategic Studies (INSS), National Defense University and author of The Kurdish-Quasi-State: Development and Dependency in Post-Gulf War Iraq. The views expressed are her own and do not reflect the official policy or position of the National Defense University, the Department of Defense, or the U.S. government.