Foreigners invested only $9.1 billion in Turkey in the first nine months of the year, dashing hopes for a year-end total of $16 billion, while Turks invested $4.2 billion abroad. 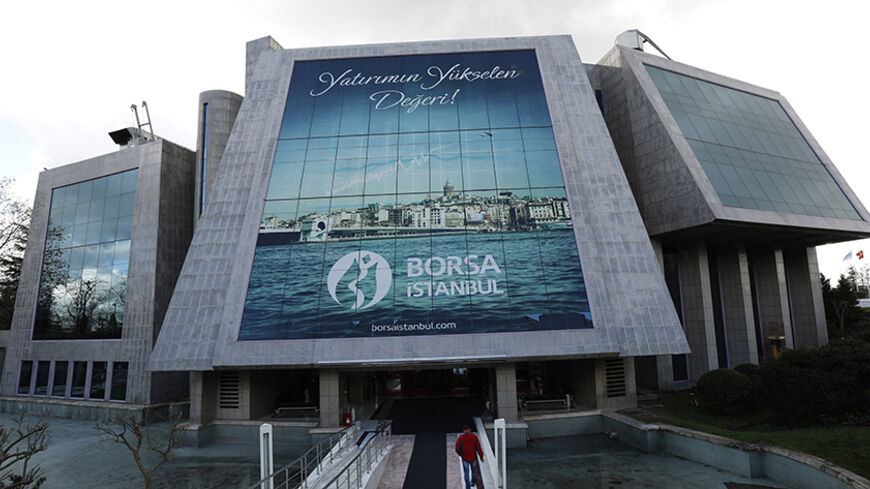 Turkey is in urgent need of investment to stem rising unemployment. It is all but obvious now that the construction sector alone cannot sustain economic growth and reduce unemployment. Investment is needed from both foreign and local sources to build plants and create jobs. Yet, economic data for the first nine months of the year shows that foreign direct investment (FDI) in Turkey is on the decline, while Turkey’s own investors are increasingly fleeing abroad.

Optimism was high earlier in the year. FDI stood at $5.1 billion in the first four months, and the deputy head of the International Investors’ Association, Akin Kozanoglu, estimated it would reach $16 billion at year-end. The latest data, however, indicates that level is beyond reach unless something unexpected happens.

What happened in the second half of the year that made investors lose their appetite?

Several factors were at play. While the impact of the conflicts in Iraq, Syria and Ukraine on Turkey grew, expectations rose that emerging economies would have trouble following the US decision to stop monetary expansion. Domestically, unrest in the mainly Kurdish southeast and escalating political tensions have also discouraged foreign and local investors.

In the meantime, even the revised growth target, lowered from 4% to 3.3%, has become unattainable amid a downturn in investment and industrial output. In a nutshell, there is currently no new investment, decreasing output and increasing unemployment.

The official jobless rate, 10.1% in August, climbed to 10.5% in September. No fewer than 3,064,000 Turks are looking for work, and this figure only reflects actual job applications in the past four weeks.

Prominent economist Hursit Gunes, now a parliament member for the main opposition Republican People’s Party (CHP), told Al-Monitor the real number of unemployed is about 5.6 million, including the “seniors” who have been looking for jobs for longer than the past four weeks. He said the trend is worsening, and estimated the figure would reach 6.5 million in 2015.

According to the latest data on investment, the key factor affecting unemployment, FDI inflows amounted only to $750 million in September. FDI in the first nine months of the year stood at $9.12 billion. This figure, however, includes $3.1 billion invested in real estate, which means that foreigners put only about $6 billion in business.

CHP lawmaker Umut Oran, who has conducted a comprehensive study on domestic and foreign investments, told Al-Monitor, “For years, the government managed the system with hot money. Now it is about to face the bitter reality.”

Oran argued that the Justice and Development Party (AKP) government wasted time with economic models that failed to create jobs. He commented, “Foreign investors could flee Turkey anytime and go to safer countries because of the mentality of the AKP, which is living like a sultan but is incapable of running the country. Unfortunately, the existing data show that not only the foreigners but also our own investors and business people have turned to investing abroad. If you eradicate the rule of law and judicial independence, who is going to have trust and come to make investments?”

According to Oran, Turkish capital invested abroad hit an all-time high of $4.2 billion in the first nine months of the year, up 113% from the same period last year. “The outgoing Turkish capital is now close to half of the incoming foreign capital,” he said.

“Turkey is no longer able to lure foreign capital, as it keeps drifting away from democracy and the rule of law to being a country whose judiciary is paralyzed and public auditing mechanisms are used as a weapon by the government, and which is increasingly becoming a third-world country where one-man rule is taking root amid rampant corruption,” Oran said. “Local capital is looking for countries to flee [to]. Its new destinations are the Netherlands, Germany, Azerbaijan and the United States. The $17.1 billion local capital that has gone abroad in the past 12 years could have created 122,000 jobs at home.”

Regaining the pre-crisis level of $20 billion in FDI has clearly become impossible this year. Even if Turkey attracts $1 billion in FDI each month by the end of 2014, the total amount for the year would be $12 billion at most, which is still lower than the 2013 figure. Moreover, the FDI inflow is likely to slow further in the coming months amid expectations of rate hikes in the United States.

Faik Oztrak, CHP deputy chairman for relations with the business community and a former Treasury undersecretary, told Al-Monitor he had obtained more recent figures, which indicate that FDI in the first 10 months of the year amounted to $10 billion, while Turkish investment abroad reached $4.7 billion in the same period.

The amount of Turkish investment abroad could double by the end of the year. In November, Turkey’s food giant Yildiz Holdings acquired the British-based United Biscuits for $3 billion. This acquisition is not yet reflected in the tally of “capital flight,” as the November data is yet to be released.

“It is clear that the private sector has lost its appetite for investing at home. In the third quarter of 2014, the amount of the private sector’s 12-month investment fell behind the 2011 level in constant prices,” Oztrak told Al-Monitor.

“Our businesspeople seem to believe that the investment climate in Turkey has deteriorated. And they have good reasons for that. To expect them to make investments in a country where the rule of law takes blows each and every day, where the concept of justice is eroding and political interference in the economy is increasing, would be over-optimistic,” he added.

Oztrak’s point is of critical importance. The Turkish economy faces an uphill track, even though it benefits from falling oil prices. Before anything else, Turkey has to guarantee law and justice, stamp out nepotism and make sure to address people's fears.