Should they stay or should they go? Turkey leaves foreign investors at odds 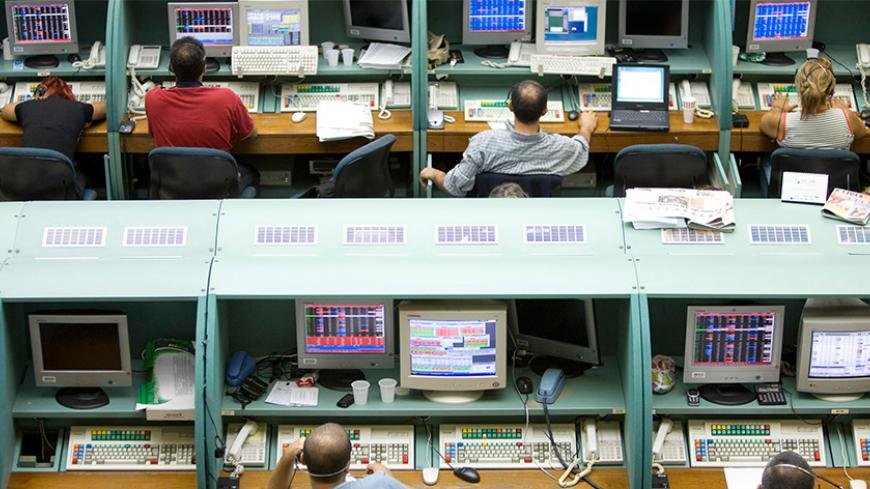 Foreign investors acted in opposing ways in Turkey last year. One group sold off whatever they had in their portfolios and left. The flight of so-called hot money — short-term investments in treasury bonds and stock shares — reached an unprecedented level in Turkish history.

Faik Oztrak, former treasury undersecretary, told Al-Monitor that foreign-held portfolios experienced a net cash out of $9.4 billion in 2015, exceeding sell-offs during Turkey’s financial crises from 2001 to 2008. The 2001 capital flight, totaling some $7 billion, was particularly biting due to Turkey’s low foreign reserves at the time.

Oztrak said the foreign sell-off last year was the largest so far, according to available Central Bank statistics. He also warned, “In 2016, global conditions remain uncertain. An unfavorable move by the US Federal Reserve, for instance, could lead to a repetition of what happened in 2015.”

Economic movement, however, is not a one-way street. In contrast to the flight of short-term money, foreign direct investment (FDI) in Turkey reached $16.75 billion last year. In 2007, it topped off at $22 billion, the highest in the early 2000s, followed by $19.7 billion in 2008, before the impact of the crisis kicked in.

Purchases of real estate have emerged as a major element of FDI. They amounted to $2 billion in 2011, $2.6 billion in 2012 and $3 billion in 2013 and went on to exceed $4 billion in 2014 and 2015. Although real estate purchases constitute a “dead investment,” contributing nothing to economic growth, they seem on their way to being a driving force in attracting foreign investors to Turkey.

Will the uptrend in FDI continue this year and reach the pre-crisis level of $22 billion? So far only the figure for January is available, and at $620 million, it is low enough to chill any optimism. That is down from $1.73 billion for the previous January. More than one-third of it, $250 million, is money invested in real estate.

In a separate problem attracting attention, Turkey’s economic growth has failed to match increases in FDI. According to Economy Minister Mustafa Elitas, Turkey has attracted $165 billion in FDI since 2002, the year the Justice and Development Party (AKP) came to power.

So why has economic growth under the AKP been below the pre-AKP average despite the multifold increase in FDI? Mahfi Egilmez, former treasury undersecretary, offered the following explanation, stating, “An important part of the foreign capital inflow since 2003 went to the purchase of existing plants and companies rather than new investments. Hence, it did not create new production capacity to contribute to growth. Another part [of FDI] went to the construction sector, which meant one-off contributions to growth.”

According to Yilmaz, economic factors, as well as political factors, will sway foreign investment in Turkey in the coming period. “Coordination glitches in management of the economy and the regression and uncertainty in the rule of law, human rights and property rights seen in recent years will all play a major role in determining capital flows,” Yilmaz said.