Will foreign investment in Turkey return to pre-crisis levels?

Foreign direct investment is rising in Turkey and expected to reach $16 billion by the end of the year and eventually the pre-2008 crisis level of $20 billion. 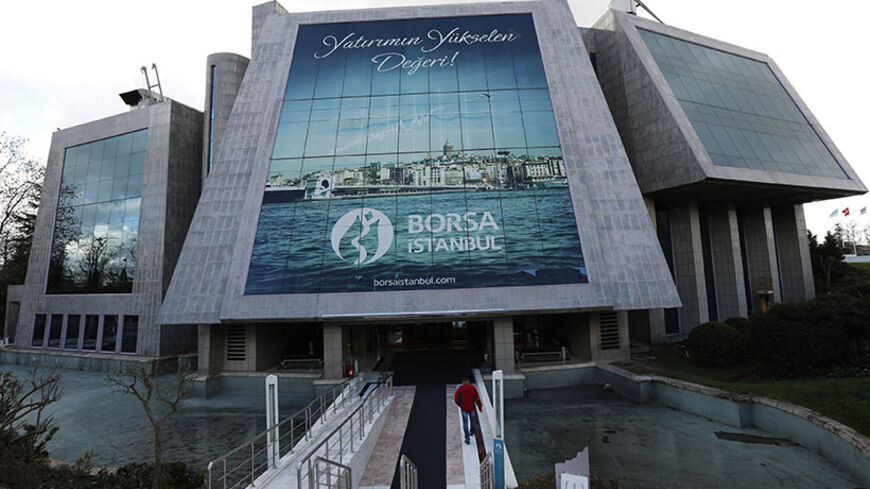 As Europe recovers from the impact of the 2008 economic crisis, so does Turkey. The recovery is visible in many aspects, including the increase in exports and the stock market’s rise to pre-crisis levels. Another major indicator of the Turkish economy’s growing output strength is the accelerated inflow of foreign direct investment (FDI).

In contrast to foreign funds that go to short-term bond and stock market investments before moving out at first opportunity, foreign direct investors put money in manufacturing and services, making a lasting positive impact on the host country’s economy by building factories and creating new jobs. Hence, FDI is the most desirable form of investment and has been on the rise in Turkey this year. The statistics point to a trend that may eventually reach the pre-crisis level of $20 billion.

The FDI level in 2014 will be crucial, for it will signal whether the regress continues or whether an upward trend has begun. Optimism currently prevails on the issue.

The deputy chairman of the International Investors Association, Akin Kozanoglu, predicts that FDI flows into Turkey will reach $16 billion by the end of the year. Speaking at a gathering of the UN Conference on Trade and Development last month, Kozanoglu said that hopes had been boosted by the FDIs in the first four months of the year, when it rose to $5.1 billion, up 46% from the same period last year, flowing mostly into the energy, finance, health and real estate sectors.

The civil wars in neighboring Syria and Iraq constitute risk factors for foreign investors and hamper a true FDI boom in Turkey. As Kozanoglu underlines, “Risks have always haunted the region. Were it not for those risks, Turkey could have attracted international investments of $40 billion per year.”

According to Economy Ministry figures, 30,851 companies operating in Turkey today were created by foreign investors in the period from 1954 to 2013. During the same period, 6,099 local companies have teamed up with foreign partners, bringing the total number of companies with foreign capital to 36,950.

The international companies are active mainly in wholesale/retail trade and real estate; the manufacturing of chemicals, food, beverages, tobacco and textiles; and transportation and communication. Of these, 18,042 companies hail from European Union countries, with Germany topping the list with 5,561, followed by Britain with 2,635 and the Netherlands with 2,286.

Foreign investors have a major presence in the banking sector as well. According to a report by the Istanbul Chamber of Certified Public Accountants, foreigners hold stakes in 37 of Turkey’s 49 banks. Their investments have proved to be quite lucrative. According to the report, foreigners invested $20.5 billion in 21 banks from 2001 to 2014 and profited more than $17 billion in return, with the value of their stakes rising to more than $27 billion. In 2013 alone, foreigners profited $4.8 billion, including profits made by foreigners investing in banking shares on the stock market. About 25% of Turkey’s banking system today is held by foreigners.

Turkey’s economic indicators are currently positive. The current account deficit, foreign capital inflows, exports and the growth rate are all in line with year-end targets. If the FDI inflow continues at the same pace, a year-end total of $16 billion will not be hard to achieve. The inflow could accelerate further next year and reach the pre-crisis level of $20 billion.

Yet, negative factors such as regional risks and the prospect of US interest rate hikes should be kept in mind. The United States is expected to put an end to monetary expansion in October, with the first rate hike expected in the second half of 2015 at the latest. Such a move is likely to curb the capital flows into emerging economies. As a result, foreign exchange rates in Turkey could soar to a level that even Economy Minister Nihat Zeybekci would be unhappy to see. Naturally, the devalued currency would have a domino effect on other indicators.

In sum, the risks, though not clearly visible today, are on par with the opportunities.