In the first half of this year, foreign direct investments in Turkey plummeted 54% compared to the same period last year. 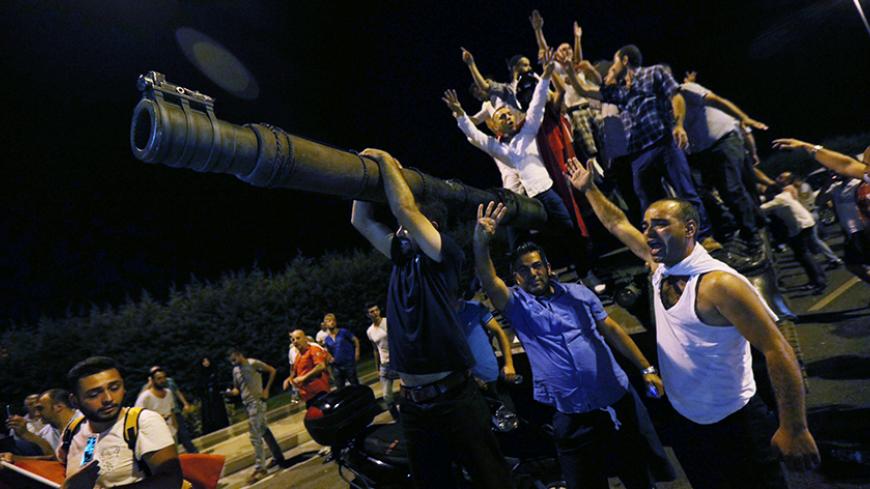 Last year, Turkey attracted its largest amount of foreign direct investment (FDI), $16.8 billion, in the past seven years. In 2016, however, the tables have turned, with Turkey now on track to experience its lowest FDI in seven years.

According to Economy Ministry data, FDI in Turkey for the first half of 2016 plunged 54% compared to the same period last year, dropping to $4.8 billion from $10.5 billion. Of the $4.8 billion, $2 billion was in the form of real estate purchases by foreigners, a significant increase for that sector for the half year.

The lowest annual FDI in the past seven years, $9 billion, occurred in 2010. This year, with first-half FDI at $4.8 billion despite the significant boost from real estate purchases, the fear is that FDI might not reach its 2010 level.

The decline may yet worsen, because the effects of the July 15 coup attempt are not reflected in the half-year figures. In September, Moody’s followed Standard & Poor's and downgraded Turkey’s credit rating to “junk” — below speculative/non-investment grade — sending a warning of major risk to foreign investors. In an apparent attempt to soothe public concerns over the downgrade, Prime Minister Binali Yildirim responded, “Our credit rating is not decided by [a few] rating agencies, but shopkeepers.”

Of course, government officials are aware of the risks although not admitting to them publicly. The government hastily introduced new economic packages, such as increasing incentives to attract domestic investment and forgiving some taxpayer debt, and encouraged consumers to buy on credit to keep the economy going. Ankara is now worried, however, that Fitch Ratings might also lower Turkey's creditworthiness. Economy Minister Nihat Zeybekci said the Moody’s downgrade could put pressure on Fitch, which has been maintaining Turkey at the “investible” level.

Faik Oztrak, former undersecretary of the treasury and foreign trade and current member of parliament for the main opposition Republican People's Party (CHP), thinks the government's declaration of a state of emergency after the July coup attempt has scared off foreign investors.

“When they declared the state of emergency, we were told that we could revert to regular legal order before the three months of emergency expired. Forget about ending it early, [the government] extended it for three more months. Some are now saying that even one year might not be enough,” he told Al-Monitor.

“Foreign investors — observing negative developments in the country and the extended state of emergency — get the impression that Turkey is rapidly moving toward an authoritarian regime,” Oztrak stated. “Who would want to invest in such an atmosphere? In an atmosphere where tension and uncertainty reign and the state of law is eroding, not only foreign investors but even our local investors have no appetite for investments.”

Oztrak also drew attention to a particularly important figure, noting, “In 2011 our private sector invested $140 billion. Now, looking at the first half of 2016, we see that amount down to $114 billion. With Moody’s decision to lower our rating, Turkey has lost ‘country that can be invested in’ ratings by two out of the three major rating agencies. This will discourage some foreign funds, especially retirement funds, from investing in Turkey."

Umut Oran, former CHP deputy chair, has worked for 30 years as a business manager and an employer. He responded at length when Al-Monitor asked him what investors look for before committing:

"There are two forms of foreign investments. One — hot money — is attracted by high interest and unearned income [rent]. They don’t contribute with investments and employment to your economy. The other form is foreign direct investments. These provide employment. But people who manage that type of investment are fidgety. They run away quickly and won’t come back as quickly. For them, the most important factor influencing their decision is the legal environment. They seek a just, independent, neutral and quick legal system. They look for democracy, human rights, free media and equality of opportunity. If there is no separation of powers, if the parliamentary system doesn’t work well, that country cannot be counted on. If there is no security of life and property, if the country becomes a hotbed of terror, if there is an authoritarian regime and state of emergency, if there are no secularists, if there is no merit system in the public sector, then forget about new foreign capital coming in. You can’t even keep the ones already here," Oran said.

Oran said bad government policies have created problems with all of Turkey’s neighbors, notably to the extent of the country becoming involved in direct combat in Syria and Iraq. Turkey's distancing itself from democracy has basically wiped out the atmosphere conducive for investment.

So what comes next?

Al-Monitor asked Yaman Toruner, a former governor of the central bank and former minister of state considered to be a leading expert on money markets. He is concerned about the current situation, but remains hopeful about the future.

“The institutional structure in Turkey has suffered. There is no confidence in the judicial system. The media is under pressure. That is why foreign investments regressed. Because of the coup and lowering of our credit rating, we will continue to lose investments for a while, but they will return,” Toruner said.

“The US and Europe have a lot of money in the market with no place to go. They will have to come to us,” he assessed. “At the moment, India is the country most likely to get that money. Then there will be some European Union countries in line, and finally Turkey. As Brazil and Argentina are not doing well economically, hot money won’t go there. It won’t go to Russia, either. Therefore, we stand a good chance.”

Oran, however, is not so optimistic, stating, “Deterioration in foreign investments will only worsen because of the coup attempt and the lowering of our rating.” He also noted that if the Turkish lira loses value against foreign currencies, Turkish companies doing business with foreign money will be in trouble.

“[Companies] may have to cut back and even begin laying off personnel,” he further stated. “Foreign currency is used as the basis for decisions in both optimistic and pessimistic scenarios. We may have to watch the movements in foreign currency markets more closely from now on.”