Following months of meetings with European and US leaders and with intelligence experts, Israel is relieved by the fact that the talks with Iran were extended and that the negotiated deal draft was not signed yet. 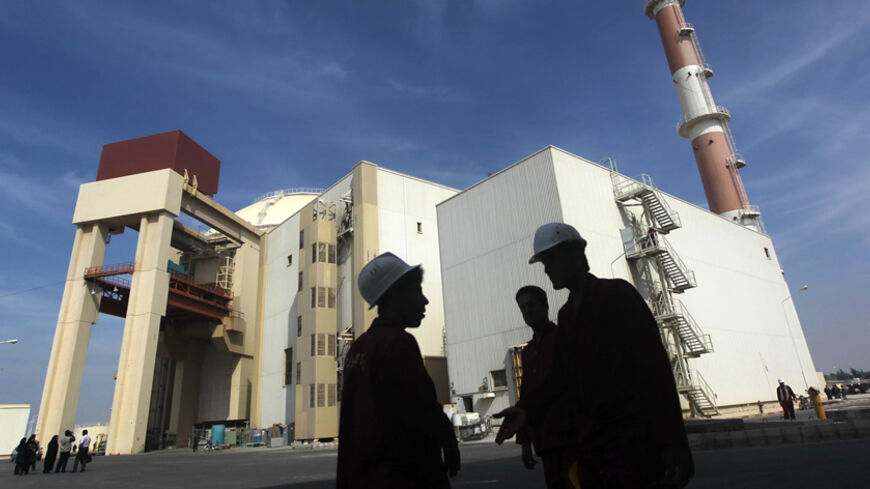 “It was obvious to us that what was lying on the table was what we call a ‘bad agreement’ between Iran and the world powers.” I was told this on Nov. 25 by a senior Israeli Cabinet member. “I can testify that Israel has made an enormous effort, in all areas and on every level, to prevent the signing of that agreement. Signing it would mean endless regrets for generations to come. It would be a serious historic mistake, and it is not at all certain that Israel could have come to terms with it.”

He added, “That is why we have reason to be pleased, at least for now.”

Yes, that is the real Israeli position following the extension of negotiations between the world powers and Iran for another half a year. Outwardly, Israel is continuing its critical, suspicious and even hostile policy vis-a-vis the negotiations. Internally, the Israelis have allowed themselves to sigh in relief, at least for a short while. It hasn’t happened, at least not yet. The agreement that the Israelis consider to be so “terrible" hasn’t been signed, at least not yet.

What lies behind the ''enormous effort'' described by the Israeli Cabinet member?

It would be better to ask: What doesn’t?

Israel has invested enormous amounts of energy in this. Over the past few months, and especially in the last few weeks, Minister of Intelligence Yuval Steinitz, who has coordinated these efforts, has become a “frequent flyer,” plowing through the relevant capitals right and left. And Steinitz wasn’t alone in this. Senior Israeli intelligence officials also made frequent trips abroad to present their colleagues in different relevant capitals with intelligence documents, intelligence per se, and plenty of new information obtained by the Mossad and other Israeli intelligence agencies about the dangers inherent in that “bad agreement.”

As the deadline approached this week, Steinitz intensified his activities, making two more quick visits, to London and to Paris, and meeting with German Foreign Minister Frank-Walter Steinmeier. Steinitz’s message, backed as always with intelligence reports, expert assessments and various analyses: “The agreement under discussion is a terrible agreement. It leaves room for huge potential breaches, which means that it is propped up on weak foundations. If those gaps are not sealed, it would be preferable to avoid reaching any agreement whatsoever than to sign the current one.”

Israel’s most serious efforts focused on the greatest potential breach of all: that the agreement allows Iran to continue researching its most advanced centrifuges. Israeli sources estimate that this research will be completed within two years. Then, within another six months, the Iranians will be able to install an enormous number of new enrichment centrifuges, which operate at six times the speed of the current batch. This capacity will seriously expedite the potential Iranian “breakout to a bomb.”

Under such circumstances, the Israelis explained to their colleagues, the West will be convinced that it stopped Iran one year before it can build a bomb, when the true amount of time needed will be just two months. Two months, the Israelis told anyone who was willing to listen, is not enough time for the world to respond and block Iran should it decide to proceed at full steam. In other words, the agreement that everyone is talking about is one that would turn Iran into a nuclear threshold state in a very brief amount of time, and immediately enable it to make the quick leap forward to nuclear capabilities, before the world can even respond.

But there were many other potential breaches detected in the agreement. For example, Iran is not obligated to dismantle its centrifuge infrastructure, but only to disable the centrifuges. Under those circumstances, in any situation in which the Iranians decide to withdraw from the agreement or violate it, they can get the centrifuge system that they ''neutralized'' working again within two weeks. All of this proves that Iran will continue to maintain expansive enrichment capabilities, which can easily be restored to their previous capacity and even beyond that within just a few weeks. “All of this is the case,” says an official Israeli source, “and we haven’t even mentioned the fact that the West will allow Iran to continue operating thousands of centrifuges to enrich uranium. There is no need [for Iran] to have any enrichment capability. If Iran’s nuclear project is really intended for peaceful purposes, why would they need to enrich uranium? There are quite a few countries around the world that have peaceful nuclear programs, and not one of them has the capacity to enrich uranium independently.”

“The original sin,” says one high-ranking Israeli security source, “is the very fact that the international community has come to terms with there being thousands of centrifuges operating in Iran even after an agreement is signed. This is hard to understand. It is hard to accept, and we haven’t even mentioned the long-range ballistic missile project, armaments and Iran’s problematic history in that field, which it still refuses to reveal to the international community.”

Until now, we have been describing the overt drama between the conflicting sides in the negotiations. Iran is on one side, the world powers on the other, and Israel is running about in the middle. But this drama has other, secretive, surreptitious sides to it. Take, for example, the letter from US President Barack Obama to Iran's leader, sent “behind Israel’s back,” which was leaked to The Wall Street Journal.

According to some sources in Israel, this missive can be interpreted as proof that Obama is prepared to make a deal with the Iranians: Help us destroy the Islamic State, and we will be more flexible in our positions regarding your nuclear program. Such a deal is seen by sources in Israel as a stab in Israel’s back, and in the back of the entire international community for that matter. According to one senior Israeli diplomatic source, “With all due respect, the issue of the Islamic State is very far from posing the same risk inherent in an eschatologically oriented power such as Iran becoming a nuclear state. Iran has missiles that can reach most countries in the world, and it will soon be able to reach all of them. One could attach nuclear warheads to these missiles. What will the US president tell his people when they find out one day that New York lies within this range? Iran is a radical Shiite state, whose supreme leader tweeted only recently about how to destroy Israel. It sees Israel as the 'Little Satan,' while it regards the United States and the West as the 'Great Satan.' Letting this grow any further means hanging the future of the entire free world on the balance.”

An Israeli Cabinet minister I spoke with refused to respond or even comment on the leak of Obama’s letters. “We’re not dealing with that,” he told me. The leak came in the same week that the International Atomic Energy Agency released another harsh report, saying Iran is hiding information from the world powers. Israel is well aware that the main thrust of its struggle awaits it in the months ahead. As of now, Israel seems to be resting on its laurels, at least in some way, because of the delay and the failure to sign a “bad” agreement.

And what will happen if ultimately, despite all the warnings, the West does sign a “bad agreement” with Iran? Sources in Israel refuse to relate to that possibility. Prime Minister Benjamin Netanyahu continues to declare, “Israel reserves the right to defend itself at any time,” but it's hard to see a revival of the Israeli military option if the free world indeed goes ahead and signs an agreement with Iran. Should that happen, an Israeli attack on Iran would be considered an attack on the agreement, resulting in severe diplomatic repercussions.

Does Netanyahu even have the demeanor for such a move? Anyone familiar with him knows that he does not.

The Israel Defense Forces is still hard at work developing Israel’s military option. Billions of dollars have already been invested in it, and there are no plans to just file it away or abandon it.