Iran nuclear deal could be key to resolving region’s conflicts

Iran has signaled a willingness to engage in Iraq and Syria. 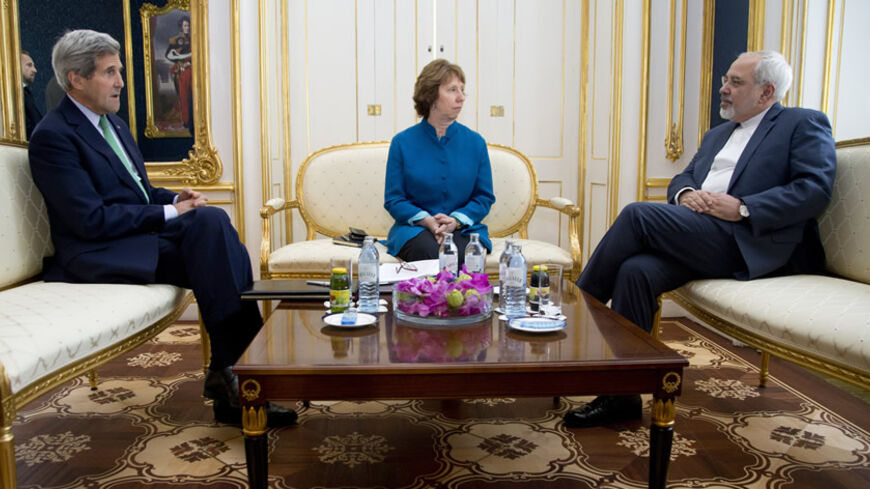 Thomas Friedman, reporting from Abu Dhabi this week, wrote in The New York Times, “There are so many conflicting dreams and nightmares playing out among our Middle East allies in the war on [IS] that Freud would not have been able to keep them straight.”

The worst of these nightmares for US regional allies seems to be a nuclear deal between the P5+1 and Iran. Friedman recounts how a recent remark that Iran controls Arab capitals in Iraq, Syria, Lebanon and Yemen — made by a former adviser to Iranian President Mohammad Khatami — spurred further claims that Iran is saying one thing to the Western powers negotiating the nuclear agreement and another, more threatening thing to its neighbors in the region.

No matter, it seems, that Khatami and his adviser left office almost 10 years ago, and that the comments cited carry no weight in terms of Iranian policy.

Nonetheless, the remarks struck a nerve. Iran’s enemy status has been well earned as a state sponsor of terrorism for more than three decades. Few can dispute the cards that Iran has to play in the Middle East, for better or worse, and the understandable distrust and fear of Iran among the regional players.

But you make peace with your enemies, not your friends. The challenge for the United States is to get Iran to play its cards in a constructive way, in the context of a new approach to regional security that moves beyond age-old grievances and sectarian animosities to some shared objectives for a more peaceful region.

Whether because of the impact of US and UN sanctions, the demands of a younger generation or simple raison d'etat, Iran is signaling it may be ready to deal constructively on the region’s flash points, especially if and when a nuclear agreement is reached.

Let’s start with Iraq. Even Iraqi Kurdistan President Massoud Barzani praised Iran’s contribution to the defense of Erbil from the Islamic State (IS). Iran helped facilitate the transition from Nouri al-Maliki to Haider al-Abadi as prime minister. A smooth transition here was not assured. The oil deal last week between Baghdad and the Kurdistan Regional Government probably passed through Tehran for a final OK.

The Obama administration is banking on an Iraqi army that can hold its own against IS. Iran has been assisting Iraq in its defense from the start, but mostly through Shiite militia forces such as the Badr Brigades and Kataib Hezbollah. Iran could be encouraged to join the enterprise of helping Iraq develop its state institutions, including the Iraqi army, as the United States is doing. The point here is that US and Iranian interest in a stable Iraq is where to start.

Then there is Syria. Iran is the prime backer of the government of Syrian President Bashar al-Assad, which Iran considers not only the guardian of its own interests in the area, but the best firewall against IS.

This view is shared by leaders in Russia, Iraq and Lebanon, and elsewhere. US interests in both defeating IS and securing a political settlement to end the Syria war depend on Iran’s good offices in Damascus. The United States cannot deal with Assad, but Iran can.

Iran, like Washington’s regional allies, has a high tolerance for the spilling of Syrian blood. If the United States wants to deal Iran out in Syria, especially in the context of a bid to oust Assad, then Iran’s card will be to make the awful situation in Syria go from bad to worse.

Iran is not necessarily immovable on Assad’s survival. Iran’s four-point plan for Syria includes a decentralization of power away from the Syrian presidency. Iranian officials privately signal that Assad may not be untouchable, under the right conditions, but such conversations — if they are to bear fruit — can only occur with Iran in a spirit of collaboration, not confrontation. Otherwise, Iran will simply hunker down, and the war will go on.

And then there is Iran’s role in advising Hezbollah to maintain quiet on the Israel–Lebanon border since 2006. Hezbollah has kept the peace because this serves Iran’s strategy of deterrence with Israel. Forget the argument that Hezbollah is otherwise distracted in Syria. Iran and Hezbollah consider the intervention in Syria a success, as it served to save the regime in Damascus and protect Syria’s Shiite citizens and shrines from Sunni extremists who want to exterminate them. Hezbollah is coordinating with the Lebanese army against IS and Jabhat al-Nusra terrorists. Hezbollah’s intervention is not unpopular in Lebanon, especially among Shiites and Christians.

As this column wrote one year ago this month, the endgame of any dialogue with Iran will have to address Iran’s designation as a state sponsor of terrorism, and that means Iran’s support for Hezbollah. The United States and Israel should welcome such a conversation as a top priority.

Iran’s ability to affect these regional accounts in a positive way would be a breakthrough for the region. Its actions in Iraq and Syria against IS already in some ways measure up with what Turkey and other US allies have done — or not done — to shut down the flow of foreign fighters, supplies and finances to terrorist groups, or support a political settlement in Syria.

While Saudi Arabia and the United Arab Emirates are participating in the coalition — and this should not be minimized, especially for the symbolic value and the risks associated with their intervention, given the threats from IS leader Abu Bakr al-Baghdadi to the kingdom in particular — the military impact of these contributions to the actual course of battle is likely minimal.

The primary objective of the United States in the nuclear talks has rightfully been to prevent Iran from developing a nuclear weapon. But the stakes extend beyond nuclear proliferation. If IS is to be defeated, if Iraq is to have a chance at stability, if Syria is to have a chance at peace, if Afghanistan’s transition stands a chance of success, if the Israel–Lebanon border will stay quiet, all of this will depend on Iran’s choices. These challenges are all made harder by having Iran as an adversary, easier if Iran is engaged.

No one expects burying the hatchet to be easy or quick. It is all about the mature and enlightened decisions of states to solve problems rather than settle scores, to give more priority to governance and less to conflict. Lawrence Wright’s recent book — "Thirteen Days in September: Carter, Begin, and Sadat at Camp David" — on the Camp David negotiations presents a useful refresher on how seemingly implacable adversaries can be brought around to a historic peace. Although the Egypt–Israel peace treaty did not resolve all grievances, Camp David ushered in a new, more peaceful era in the region. The potential for a deal with Iran represents another such opportunity for the Middle East. Wright reminds us there is precedent for inspired leadership charting a new course in the region.