As US economy recovers, Turkey's falters

As US economic indicators improve, emerging economies like Turkey's are increasingly concerned over the prospect of US rate hikes. 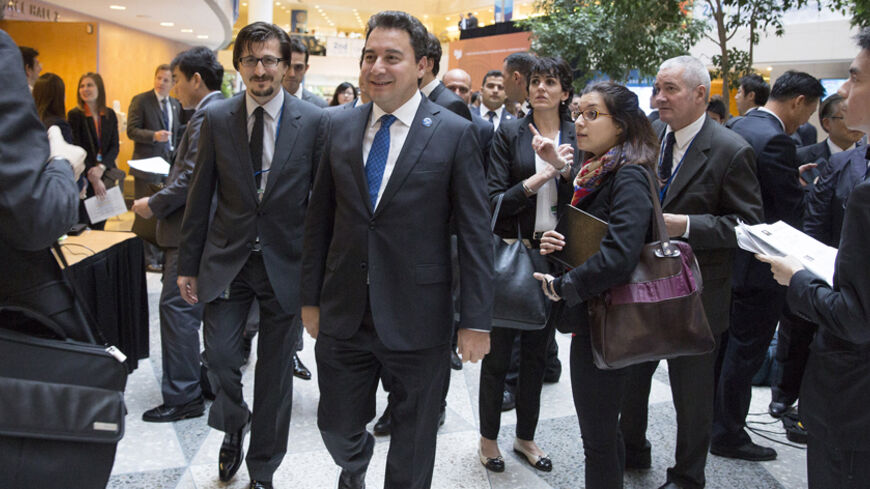 The signs of economic recovery in the United States are growing stronger, with better-than-expected growth and employment data. The US recovery, however, is upsetting the balances of emerging economies, including Turkey.

Most recently, the US non-farm payrolls were announced on Oct 3. Employers added 248,000 jobs in September, beating the forecast of 215,000. The jobless rate fell to a six-year low of 5.9%. The signals of fast recovery in the United States have stoked concern in emerging-economy countries that the Federal Reserve could hike rates sooner than expected. These fears have had an immediate impact on foreign exchange rates. In Turkey, the dollar jumped from about 2.26 to 2.31 Turkish lira, its highest value since Jan. 31.

The Federal Reserve has been expected to hike rates in June 2015. But the strengthening US economy means that the hike could come earlier. The prospect of an early Fed move, coupled with unrest within and along Turkey’s borders, has made the Turkish lira one of the fastest depreciating currencies among emerging economies. The lira lost about 6% of its value in September alone.

In remarks to Al-Monitor, Fatih Ozatay, the former Turkish Central Bank deputy governor who now heads the Finance Institute at the Economic Policy Research Foundation of Turkey, offered the following analysis of the converse interaction between the US and emerging economies: “When the Fed starts to hike rates, this means that rates go up also in Turkey and similar countries such as Mexico, Brazil and South Africa. This results also in upward pressure on foreign exchange because higher interest rates in the United States mean less capital coming in. A major rate hike would lead to capital outflows from those countries. The more the US unemployment rate improves, the more the timing of the Fed’s rate hike is brought forward. The Fed doesn’t know when exactly it will raise the rates. It says the decision will depend on the unemployment data. If positive data continues to come in, the rate hike could be brought forward even to March. This won’t be a disaster, but when the US hikes rates, things get worse here.”

When will the hike be announced?

The question is being debated both in Turkey and abroad. The Fed’s Open Market Committee said last month that rates would stay low for a “considerable time.” Since late 2008, when the economic crisis erupted, interest rates in the United States have been close to zero. The question now is when that “considerable time” will be up.

The minutes from the Fed’s Sept. 17 meeting show that many executives expect a hike next year. The most specific timetable came from Federal Reserve Vice Chairman Stanley Fischer last week. He said that to him, “considerable time” meant between two months and a year, which suggests that a hike may be announced anytime between January and December 2015.

Turkey’s economic management is preparing for the prospect of the Fed hiking rates. Deputy Prime Minister Ali Babacan, who is ultimately in charge of the economy, said last week while announcing Ankara’s three-year economic road map that Turkey would be adversely affected if the Fed tightens monetary policy. However, the European Central Bank’s monetary expansion policy is expected to help increase exports and partially balance the negative US impact.

Babacan pointed out that US unemployment had dropped below 6%, but the quality of the recovery was questionable.

“The asset purchase program will be completed in October. And as of the middle of next year the rate process will kick off. The Fed will start a process of rate hiking [that will continue] until the end of 2017,” Babacan said. “In contrast, the European Central Bank maintains its expansion policy to avoid the risk of deflation and further strengthen growth. We know the expansion process in the European Central Bank’s monetary policy will have positive consequences for Turkey. And we expect the Fed’s tightening policies to have adverse impacts on Turkey,” he added.

“How much those two will balance each other will become clear in 2015. It’s important that their impact on Turkey is regularly evaluated and that the related institutions take the right steps at the right time,” the minister concluded.

Foreign exchange jitters remain high in Turkey. Events within and across the country’s borders play a role, but the main reason for this nervousness is the Fed’s looming rate hike. Economic authorities are making preparations for multiple scenarios, while private companies are trying to balance their foreign exchange positions. That’s why Turkey appears bound to remain on tenterhooks in the next several months.