No exit for Iraq without decentralization

Iraq’s failure to abide by its constitution, which stipulates federalism with greater powers for provinces, is part of the reason why it is in turmoil today. 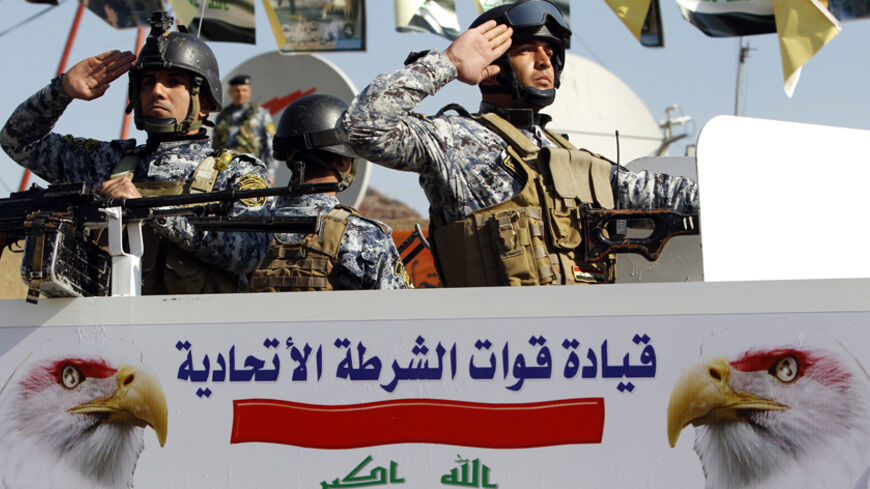 One cannot say that the denial of the decentralization principle by Iraq’s political circle, as a philosophy upon which the Iraqi Constitution is based, led to all of the political and security failures that Iraq is seeing today. Yet, the previous government’s experiment, which was built upon reconsidering the constitution in a way that supports “the state’s centralization” has undoubtedly contributed to this fall. The new government has the difficult task of redefining the state in accordance with the framework of the Iraqi Constitution.

The government, headed by Prime Minister Haider al-Abadi, has found itself facing an extremely similar situation as the previous government in the way the state is characterized. This situation is supported by an administrative and political class that has reached key decision-making posts, and still believes that Iraq can only be governed through a strong unitary system of government that resembles the existing form of government in most Middle Eastern countries.

The government alone was not behind this defect. All of the political forces that have neglected the implementation of the constitution and the proper establishment of a decentralized system have also contributed. Today, this oversight has led to the possibility of partition or civil war between the components instead of ensuring the country’s unity.

The most prominent clash between the Iraqi parliament and government regarding this issue took place in 2008, when parliament passed the Provincial Powers Act (PPA, also known as Law 21 of 2008), which was subject to a series of amendments in 2010, 2012 and 2013. These amendments have all resulted in giving consideration to the philosophy of a decentralized system of government in Iraq. Yet, the original text and its amendments were objected to by the government, which rejected its application and considered that it decreases its powers.

The dispute centered on granting the provinces, as administrative entities in Iraq, security, political, economic and service powers, and on abolishing federal ministries and transferring their budgets and powers to the provinces.

The talk in Iraq about the formation of a military force under the title of “a national guard” that is managed within each province to preserve its security is a move that was imposed by the Islamic State’s occupation of large Iraqi areas. This could have been resolved through Law 21 of 2008, which had granted local governments broad powers to preserve their internal security.

With the formation of Abadi’s government, the urgent need to reinterpret the Iraqi political situation separately from the Nouri al-Maliki governments’ experience has emerged. Parliament speaker Salim al-Jabouri told Al-Monitor, “Iraq needs a legislative revolution that re-establishes ties within the state and sets up the basis of the decentralized system as the foundation upon which the Iraqi Constitution is based.”

He said, “We have visualized an approach for a [road map] of laws that need to be passed quickly, most prominently a Federation Council Act, the Oil and Gas Act, and Federal Court Act, in addition to the National Guard Act.”

This council, which parliament is considering creating, falls behind the constitutional date that was set for its establishment. It cannot accomplish its task unless accompanied by additional laws and procedures in support for the decentralized system of government.

In addition, Article 107 stipulates that a council, known as the Federal Public Service Council, shall be established to regulate the affairs of the federal public service. There is also the Oil and Gas Act, which stipulates that wealth is fairly distributed among the provinces and regions, on the one hand, and the federal government on the other. It also provides investment laws that need to take into account the particularity and needs of every province. All of these laws not originally passed, were passed without being implemented or without being properly implemented.

The reinterpretation of the Iraqi Constitution’s philosophy, as it unequivocally adopts a decentralized system, and grants additional powers to the provinces — which are administrative entities that already exist and have an acceptable level of stability in their governing bodies, formations and borders — is the only available outlet today to bring Iraq out of its crisis. This alternative is safer than the establishment of regions with a sectarian nature, which would leave serious consequences for political stability in Iraq and the region.