A new Instagram account documenting the lives of Iran's young elite reveals the extreme wealth of the newly rich. 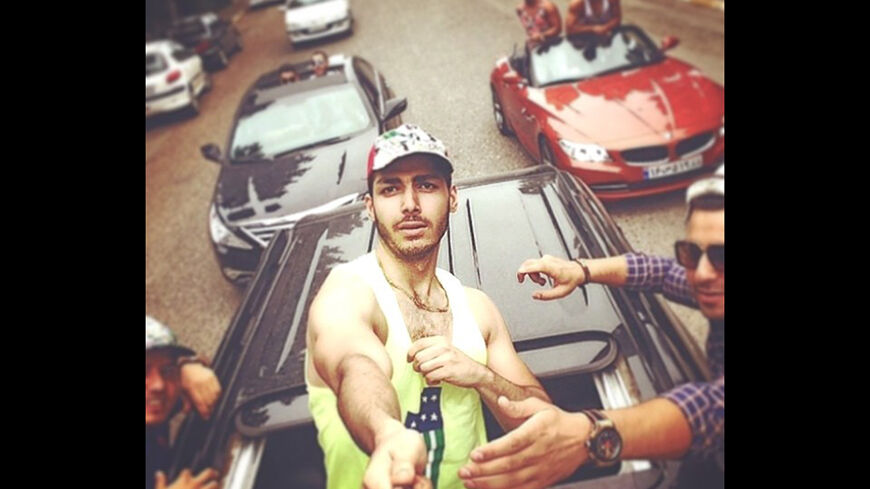 At first glance, browsing through Instagram photos, you’d not think much of it: selfies, house parties, luxury European cars, attractive guys and girls dressed to the nines. With a closer look, you might notice the occasional headscarf and the script on the license plates of cars. At that point you would probably assume you’re looking at a collection of photos belonging to the wealthy in a Gulf country in the Middle East — the United Arab Emirates, perhaps? You’ve got the region right, but ethnically, you’re not even close. Far to the east and across the Persian Gulf it lies: the Islamic Republic of Iran.

While some of the locations of the @richkidsoftehran images are questionable — shot at house parties — the majority are recognizable to the average Iranian as the Islamic Republic because of the Iranian-brand fruit juices used as chasers for booze labels such as Grey Goose, Jack Daniel’s, Johnny Walker Blue Label and Chivas Regal. One familiar with the country can easily identify the Tehran skyline and the high rises in the lavish Fereshteh and Elahieh areas, the prolific Roman columns in the architecture of Iran’s houses and vacation villas, as well as the Iranian license plates on the luxury cars that have become common in upper Tehran.

If that’s not believable, The Economist reported that Porsche “sold more cars in Tehran in 2011 than in any other city in the Middle East.” There are even photos in Divan, an upscale traditional Iranian restaurant located on the capital’s Rodeo Drive (Fereshteh/Fayazi Street) — one of many north Tehran streets known for "dor-dor," or cruising to hit on the opposite sex. And if those aren’t tantalizing enough, there’s — my personal favorite — a photo of a guy using a selfie stick to take a group photo as he and his buddies cruise down the street in their German cars. The preciseness of the photo is a feat on its own.

In Penglish — Persian English — one Instagram message reads, “We made this page to show that Iran isn’t always bad. It is really good. But some are messed up and cheap. They write bad things and a lot of people copy our page. But it’s not important. … They can suck it. (It literally said “my left nut.”)

While their account may be original, their idea isn’t. The curator was clearly inspired by the account Rich Kids of Instagram, #RKOI, that became a success in 2012 and has since inspired a book, "Rich Kids of Instagram: A Novel," as well as two reality shows on E!, “#RichKids of Beverly Hills” and “#RichKids of New York.” Like their elitist Western counterparts, these 20-something Iranians are unapologetic for their massive wealth in the form of Maseratis, Ferraris, Rolex watches, European couture and signature upright nose jobs. However, unlike others' in the West, their wealth is likely restricted to the confines of Iran, where sanctions do not allow them to transfer money abroad and Centurian Cards don’t work, let alone exist. Until recently, Iran was a cash-based economy and now debit cards are becoming more common in all walks of life, giving the Iranian-American cast of Bravo’s reality show "Shahs of Sunset," a run for their money.

These photos tell the story of the flashy lives of Tehran’s opulent one percent, the nouveau riche, in a country hit by unrelenting Western sanctions that target the Iranian economy. But despite the economic upheaval and hyperinflation, wealth seems to be on the rise thanks to black market revenue and corruption. The EU’s economic adviser compares this group of Iranians to Russia’s oligarchy, “those tycoons who were able by hook, crook or corruption to acquire dizzying amounts of money at the end of the Soviet era.” Much of that wealth is accumulated by people working in Iran’s banking sector, technocrats and sometimes even its clergy — all with direct or indirect ties to the regime. Others have accumulated their wealth through oil, despite sanctions.

As The Guardian explains, “If oil cannot be sold through the usual channels, then there are back channels through which it can trickle out — not enough to fund the obligations of the state, but sufficient to keep the gatekeepers in their mansions. The sanctions and the rampant illegal commerce they have spurred, along with the mismanaged economy, hyperinflation and the ever-growing money supply have enabled the well-connected elites to plunder the wealth of a nation.” More or less, the lifestyles of these Iranian tycoons are bankrolled by the Iranian Revolutionary Guard Corps, which controls the smuggling and trade moving in and out of the country. Karim Sadjadpour of the Carnegie Endowment for International Peace refers to this group as “the small cartel of hard-line clerics and nouveau riche Revolutionary Guardsmen who run Iran today.”

Equally fascinating, social media apps like Instagram are censored in Iran. But despite its growing popularity since 2012 and Iran’s Ministry of Telecommunications announcement of a court order to block the photo-sharing application, it still hasn’t happened.

Of course, as with everything else in Iran, there’s always a way to get what you want. And as is made clear by this Instagram account, Iran’s elitist youth couldn't care less what rules are being implemented; they’ll just break them and continue being their spoiled, rich selves and party the night away.