Supporters of Iran's supreme leader have taken to Instagram to share his message urging the youth of the West to study Islam. 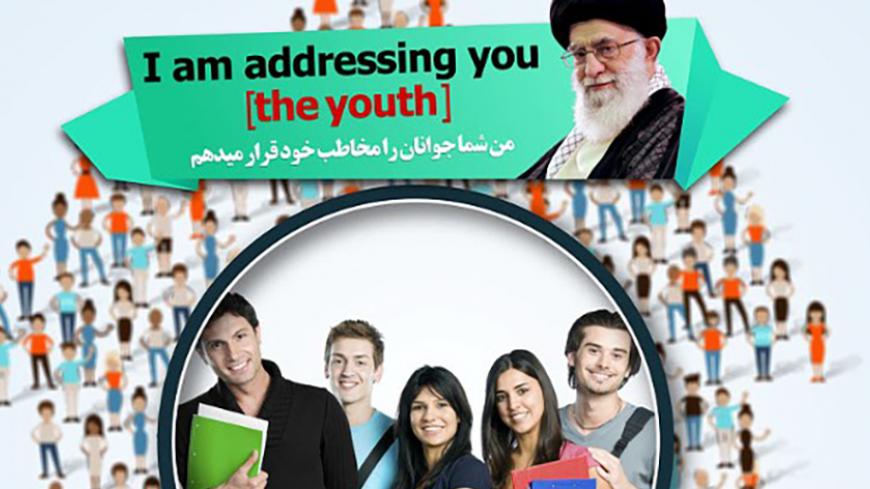 A social media presence is an important aspect of any political campaign in the United States. So when Florida’s Gov. Jeb Bush joined Instagram (@jebbush) at the beginning of this year, it didn’t exactly come as a surprise. However, little did the rumored 2016 GOP presidential candidate know that comments from his over 5,800 Instagram followers would mostly come from minions of Supreme Leader Ayatollah Ali Khamenei.

During the past several weeks, Ayatollah Khamenei’s followers in the virtual and literal sense — through #Letter4u — actively spammed Facebook, Instagram, Twitter, Google+ and even Tumblr with links and short messages that pose questions such as: “Searching for the truth? Then #Letter4u is what you might want to read first,” or “Do you know the leader of iran have written a letter for you??” — all with the aim to garner the attention of people in the West.

After last month’s attack on Charlie Hebdo in Paris and anti-Islam rallies in Europe, Ayatollah Khameini took matters into his own hands by releasing a letter to the youth of Europe and North America, asking that they “study and research the incentives behind this widespread tarnishing of the image of Islam” and “try to gain a direct and firsthand knowledge of this religion.” The letter fell upon deaf ears in the West, but that didn’t stop Ayatollah Khamenei’s followers from spreading his message to seek the true meaning of Islam.

Bots typically conduct unsolicited mass messaging online, but according to Nariman Gharib, a researcher on Iranian social media, “These are not [Iran’s] cyber army or bots, they are just individuals who may be paid by some organizations or do it by themselves.” From what Gharib saw advertised on Iranian state television, “they are targeting people who have lots of followers and engagement on their accounts.”

While there is no way to tell exactly who is behind the mass spamming of #Letter4u, accounts are using their personal usernames to spread Ayatollah Khamenei’s message. Others took things a step further by creating aliases like Sophie Washington, James Blue and John Green.

Of all the social media platforms, Instagram seems to be the most creatively used. Some 50-plus accounts on the photo-sharing app used #Letter4u over 17,000 times on their photos. While many of the Instagrams uploaded are of the supreme leader, a large number are stock photos of Western youth: everything from a female Apple Genius (a person who works at the Apple Store), to a guy holding an Esquire magazine with a Photoshopped cover asking, “Have you directly read the Quran of the Muslims?” Some users even cleverly Instagrammed square parts of a blown-up photo of Ayatollah Khamenei that, while searching for the hashtag on Instagram, creates an entire image of him.

Even though Western youths are said to be the primary objective of these so-called voluntary spammers, some have targeted other high-profile US officials, including Jeb’s brother, former President George W. Bush, President Barack Obama and first lady Michelle Obama, Vice President Joe Biden, the US Department of State and even Ready for Hillary, the official account of Hillary Clinton’s impending 2016 presidential run.

For example, on Obama’s Instagram of Isaac, an advocate of Obamacare from December 2013, one photo comment says: “It’s a letter for young people in the world. #letter4u.” Another comment just below says, “Just qasem soleimani,” referring to the commander of the Iranian Revolutionary Guard Corps’ Quds Force leading the fight against the Islamic State in Iraq and Syria.

The targeted spamming doesn’t end there. Even prominent members of the Iranian diaspora, such as Dutch fashion blogger Negin Mirsalehi, experienced the occasional #Letter4u in her photo comments. One Iranian journalist noted on her Facebook page that a Khamenei follower spammed the Instagram account of a 9-year-old British girl. College accounts have also been targeted, including Harvard, Duke and the University of Florida, among others.

Some might see this as glorified spamming, but Gharib believes these followers shouldn’t necessarily be referred to as spammers: “I'm sure there are some people who really want to spread that letter to the world, but in my opinion because they are not clever enough so they chose to spam people around the world just randomly.”

With Instagram’s recent purge of spam accounts, there is no telling what will happen to Ayatollah Khamenei’s followers. Gharib told Al-Monitor, “If any account receives lots of ‘spam reports,’ Instagram may do something and suspend these accounts that we are talking about.” Until then, he thinks it’s highly unlikely anything will be done given these are actual fans and not bots.

The amount of effort put into #Letter4u makes it hard to ignore the hypocrisy surrounding Iran’s censorship of the Internet and especially social media. The country has over 28 million Internet users who have to bypass an “electronic curtain” to access the unrestricted Internet. Without the help of circumvention tools like virtual private networks (VPNs), Iran’s cyber police unit known as FATA makes it impossible to surf the World Wide Web. With key members of the Iranian leadership using social media to get their messages across — including Ayatollah Khamenei, President Hassan Rouhani and Foreign Minister Mohammad Javad Zarif — it’s easy to see where the double standards lie.

Regardless of how you view this government-approved hashtag campaign, one thing is certain: If you don’t have a popular online following and receive a message about #Letter4u, know you’re relevant — at least to fans of the Iranian government establishment.