Kerry, Zarif to meet in Oman ahead of final push for Iran deal

US Secretary of State John Kerry will meet Iran's Foreign Minister Mohammad Javad Zarif and the EU's Catherine Ashton in Oman Nov. 9-10, ahead of the final push by Iran and the P5+1 to try to close an Iran nuclear deal in Vienna. 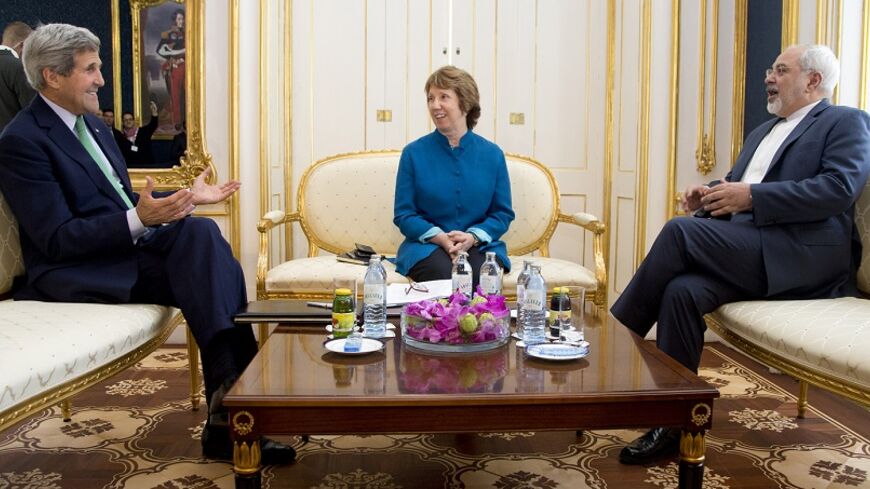 The schedule for the final weeks of Iran nuclear deal negotiations was announced Oct. 31 as US and Israeli officials signaled that they saw increasing odds that a deal may be reached next month.

Then Ashton, US Secretary of State John Kerry and Iranian Foreign Minister Mohammad Javad Zarif will hold two days of trilateral meetings in Muscat, Oman, on Nov.9-10. It is Oman that hosted secret talks between the United States and Iran that helped lead to the interim nuclear deal reached in Geneva in November 2013.

Marathon final deal talks involving Iran and the P5+1 to try to close the comprehensive deal will get underway in Vienna starting Nov. 18, the EU said.

Negotiators from Iran and the P5+1 have given themselves a self-imposed deadline of Nov. 24 to try to reach a comprehensive deal.

The announced schedule for the last weeks of talks comes a day after Israeli and US delegations, led by national security advisers Susan Rice and Yossi Cohen, met at the White House to discuss the Iran negotiations, among other issues.

Israeli sources, speaking not for attribution, assess that in recent weeks the odds of a deal being reached seem to have gone up. But the deal Israel sees as likely to emerge, in which, according to recent press reports, Iran may be permitted to keep at least 4,000 centrifuges, is one which the Israeli government considers a bad deal, and which it is likely to denounce.

The issue is among those straining US-Israel relations at the moment.