An Iranian official denied that Ali Akbar Velayati may join nuclear talks between the United States and Iran in Oman this week. 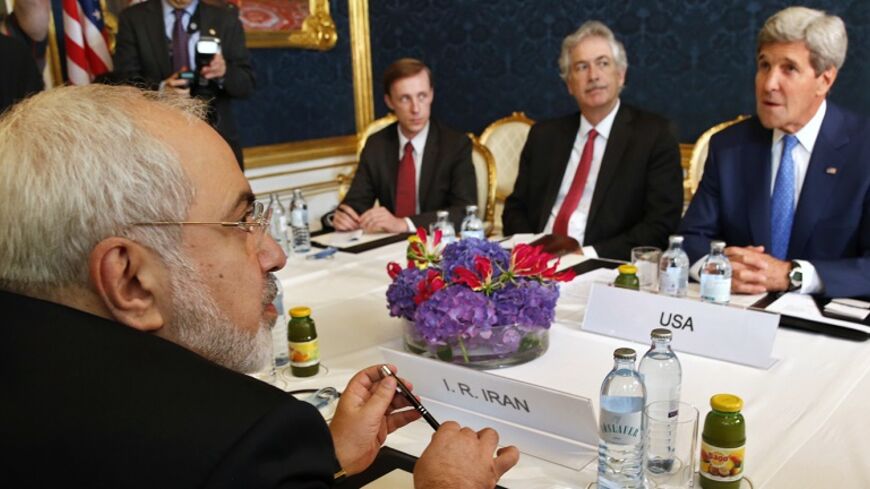 Updated: An Iranian official on Sunday (Nov. 9) denied that a top adviser to Iran’s Supreme Leader Ayatollah Ali Khamenei may join talks in Oman between the United States and Iran in the coming days, as Al-Monitor reported Saturday.

Ali Akbar Velayati, longtime foreign policy adviser to Khamenei and a former Iranian foreign minister, may join the talks between US Secretary of State John Kerry, Iran’s Foreign Minister Mohammad Javad Zarif and European Union negotiator Catherine Ashton, in a signal that the Supreme Leader may be preparing to sign off on a deal, sources told Al-Monitor on condition of anonymity Saturday (Nov. 8).

But an Iranian official reached early Sunday Nov. 8 told Al-Monitor that Velayati was not attending the Oman talks. Velayati himself was cited Sunday saying he did not travel to Oman, Iran's ISNA and Tasnim news agencies reported. Velayati was scheduled to stay in Iran and host Kuwaiti scholars in Tehran, a journalist with Iran's Entekhab news site said.

Velayati, speaking at a meeting with Norway's foreign minister in Tehran last week (Nov. 2), praised the role of Oman in hosting the upcoming trilateral talks, and said Iran seeks to reach a final nuclear deal quickly.

"We want for the talks to resolve as soon as possible, and arrive at an agreement like the one we did in Geneva last year,” Velayati said Nov. 2., Iran's Mehr news agency reported. "But the agreement must meet Iran’s interests."

The meeting between Kerry, Zarif and Ashton is due to get underway Nov. 9 in Muscat, Oman, which hosted secret US-Iran talks that helped lead to reaching the interim Iran nuclear deal last year. Following the two-day US/Iran/EU trilateral meeting Nov. 9-10, negotiators from the rest of the P5+1 — the five permanent members of the UN Security Council plus Germany — are supposed to join the talks in Oman for a Nov. 11 meeting. Another, possibly final, round of P5+1 Iran talks is due to be held in Vienna from Nov. 18 to 24.

US, Iranian and Russian negotiators say there is still more work to be done, but are expressing increasing, albeit cautious, optimism that a deal is within reach.

“We are hopeful that over the course of the next weeks, it will be possible to close real gaps that still exist in order to be able to reach an agreement,” Kerry said following a meeting with Russian Foreign Minister Sergey Lavrov in China on Nov. 7. “But I’m not going to stand here and predict at this point in time what the odds of that are.”

The next few days of meetings in Oman will be critical to see if the sides will be able to overcome remaining, if narrowed, gaps on the issues of enrichment capacity and sanctions relief to finalize the deal, US and Iranian officials said.

"No one wants to return to the way things were before the Geneva Agreement. That would be too risky a scenario," Iran Deputy Foreign Minister Abbas Araghchi told Iran’s IRNA news agency Nov. 8, before he and the Iran nuclear negotiating team traveled to Oman, Reuters reported.

“Both sides are aware of this, which is why I think a deal is within reach,” Araghchi said. “We are serious and I can see the same resolve on the other side.”

"All participants voiced additional proposals" at the Nov. 7 Vienna meeting, Russian Deputy Foreign Minister Sergey Ryabkov told Russia’s Ria Novosti news agency. “We are determined to put it all together in such a way that key compromises could be reached before the [Nov. 24] deadline.”

Kerry, speaking to journalists in China Saturday, stressed that there is no linkage between the Iran nuclear talks and regional issues.

"There is no linkage whatsoever of the nuclear discussions with any other issue, and I want to make that absolutely clear," Kerry told reporters in China, Reuters reported. "The nuclear negotiations are on their own."