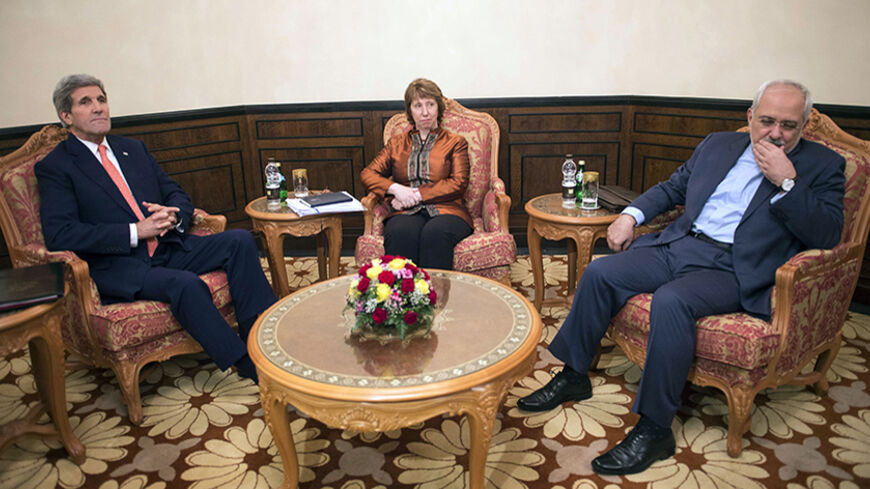 Three days of talks between Iran and world powers in Oman do not appear to have produced a breakthrough in negotiations to reach a final Iran nuclear accord, but diplomats continued to hold out the possibility that some sort of agreement might still be reached by Nov. 24.

“We are not yet in a position to claim progress in the negotiations, [but] we are still hopeful to reach an agreement by Nov. 24, at least in principle,” Iranian Deputy Foreign Minister Abbas Araghchi told Iranian media in Oman on Nov. 10.

“We may get there and we may not,” a senior US administration official, speaking on condition of anonymity, told journalists traveling with Secretary of State John Kerry from Oman to Beijing. “I don’t think that anybody has said at any point recently that we are, quote/unquote, ‘on track’ to reach an agreement by the 24th.”

“There is time between now and the 24th to get this done,” a second US administration official said. “The technical work, the expert work, the political decisions — there is time.”

Sergei Ryabkov, Russia’s top negotiator and deputy foreign minister, said he was “reasonably optimistic" an agreement could be reached by Nov. 24, but left room for the prospect more time could be required.

"We are not working on Plan B, that's for sure," Ryabkov told reporters in Oman Nov. 11, Agence France-Presse reported. "If by whatever reason, by whatever development, we are not there, I think we will have time on the evening of the 23rd to develop an alternative,” Ryabkov said.

“It would be wrong to speak about any kind of major progress” at the Oman talks, but “there was no setback, no disruption and no deadlock,” Ryabkov told Russia’s RIA Novosti news agency.

Separately, Russia and Iran on Nov. 11 reportedly signed an agreement for Iran to purchase two more nuclear power reactors from Russia. Rosatom, Russia’s state atomic power agency, said that Russia would provide the fuel for the new reactors for the life of the reactors and would remove the spent fuel, the Associated Press reported.

A diplomat from a member of the P5+1, referring to those scenarios and speaking on condition of anonymity, told Al-Monitor that he thought there was a 25% chance of a comprehensive deal being reached Nov. 24, a 20% chance of a framework agreement reached and a 50% chance on the negotiations continuing. He saw a breakdown in negotiations as very unlikely (5%). “Inshallah,” he added.

“I think we can say with a degree of certainty that there has been no breakthrough in Oman,” Suzanne Maloney, a former State Department adviser on Iran, told Al-Monitor Nov. 11.

But, she added, “My sense is it's all in play. That is not to say it couldn’t still happen. Clearly, it could.”

Final talks are scheduled to resume in Vienna Nov. 18 as negotiators see how far they got by the self-imposed Nov. 24 deadline.

Kerry, in China with President Barack Obama, has also left his schedule flexible for the next couple weeks, if another meeting with Iran’s Mohammad Javad Zarif before the Nov. 18 Vienna meeting would be useful, officials told Al-Monitor.