Diplomats scramble to make progress in the Iran nuclear talks on the eve of the Nov. 24 deadline; a Chinese diplomat is due to join the Vienna talks as a last-minute addition. 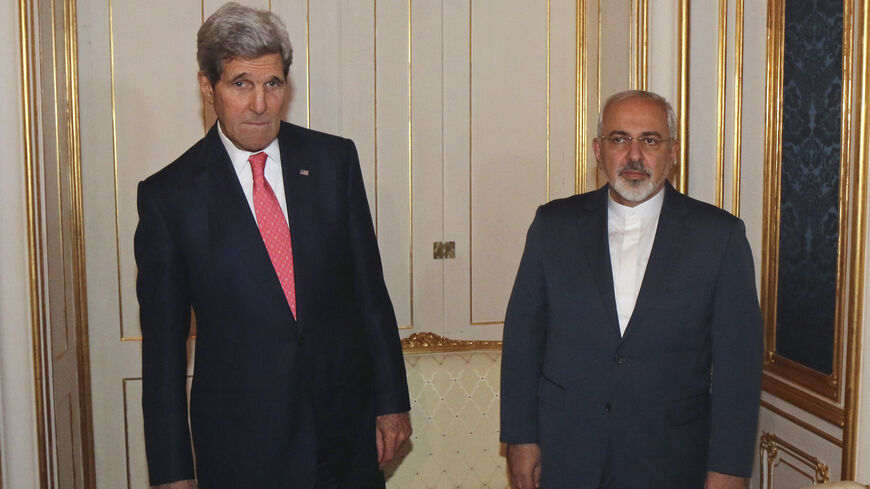 VIENNA — Foreign ministers arrived in Vienna on the eve of a self-imposed deadline to reach a final Iran nuclear accord, amid signs talks would likely have to be extended short of a still elusive, last-minute breakthrough.

“It’s too early to tell” if a deal will be reached in Vienna, President Barack Obama told ABC’s George Stephanopoulos in an interview Nov. 23. “I think that what we’re going to do is take a look at what emerges over the course of the weekend.”

“The good news is that the interim deal that we entered into has definitely stopped Iran’s nuclear program from advancing, and in some cases has actually rolled [it] back,” Obama said. “So, now the question is, can we get to a more permanent deal. And the gaps are still significant.”

“We're continuing to chip away in Vienna,” Secretary of State John Kerry wrote on Twitter Nov. 23, adding the six world powers negotiating with Iran, the P5+1, are “still united.”

The State Department said Nov. 23 that an extension is one option Kerry would discuss with his counterparts from the P5+1 in Vienna.

“Our focus remains on taking steps forward toward an agreement, but it is only natural that just over 24 hours from the deadline we are discussing a range of options both internally and with our P5+1 partners,” a senior State Department official said in a statement Nov. 23. “An extension is one of those options.”

“It should come as no surprise that we are also engaged in a discussion of the options with the Iranians,” the official said. “This does not mean that we are not continuing to discuss the broad range of difficult issues and working to make progress on all the issues that need to be part of a comprehensive agreement.”

Iran strongly prefers to reach a political agreement by the Nov. 24 deadline, or shortly thereafter, over pursuing an extension of the interim deal reached last year, an Iranian official told Al-Monitor Nov. 22. But though all the parties were working very hard to find solutions, he said, the results were not guaranteed.

“I myself am not pessimistic about finding solutions,” the Iranian negotiator told Al-Monitor Nov. 22. “Everyone is thinking about the other side's proposals.”

“The beauty of the moment I see is everyone is trying very hard; everyone is being creative,” the Iranian official said. “But I cannot guarantee there will be a solution.”

Meanwhile, Western officials suggested that not enough progress had been made in closing remaining gaps to anticipate reaching an accord here in the coming days, though they said some incremental progress had taken place. Both Western and Iranian officials said three outstanding key issues were enrichment capacity, sanctions relief and the duration of a long-term deal.

“No,” a European diplomat told Al-Monitor on Nov. 23, in response to a question about whether progress had been made in meetings with the Iranians that day, as some Iranian media reports suggested.

Kerry raised the issue of an extension with Zarif in one-on-one talks the evening of Nov. 23, the Associated Press reported, citing a State Department official.

British Foreign Secretary Philip Hammond was due to host Kerry, European Union negotiator Catherine Ashton and fellow French and German foreign ministers at a working dinner in Vienna in the evening. China’s foreign minister was due to arrive early Nov. 24 to join the talks.

Ali Vaez, senior Iran analyst at the International Crisis Group, said there is too much focus on the self-imposed Nov. 24 deadline for such a complex, high-stakes negotiation, though he said a deadline can be useful for pushing the parties to make "hard choices."

“There is nothing really sacred about the Nov. 24 deadline,” Vaez told Al-Monitor Nov. 23. “But a crisis that has been in the making for 12 years, if it cannot be resolved in 12 months and needs a little bit more time, I think that time should be provided."

“My hope personally is that there will be some movement at the 11th hour that will break the current deadlock,” Vaez said. “And that would be considered success. Delay is not defeat. And if we break out of the deadlock in a matter of a few days or few weeks, we could finalize this agreement.”

Another possible scenario is that negotiators “stop the clock” on Nov. 24 , said Ellie Geranmayeh, a Middle East expert with the European Council on Foreign Relations. But they would “only stop the clock if there is a breakthrough of some kind.”