An Iranian-American doctor tells Al-Monitor that his charity’s efforts to send money to Iran for an orphanage led to his US bank account being closed. 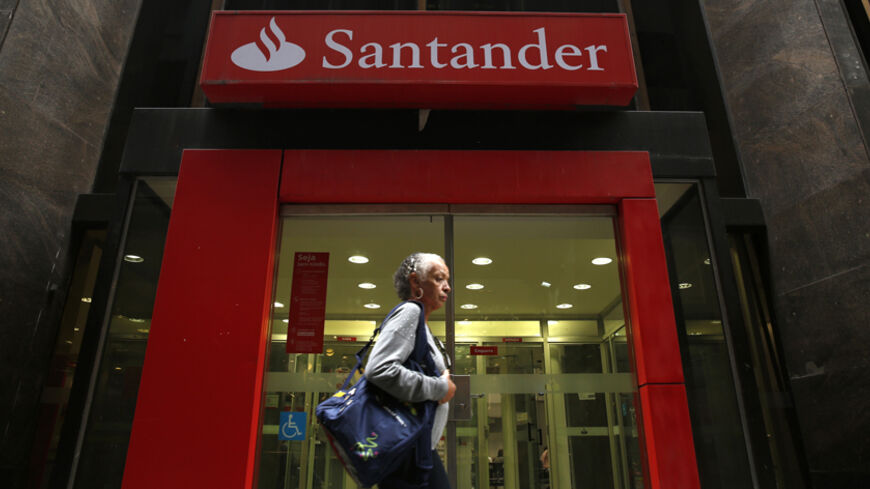 Iranian-Americans attempting to send money to Iran for humanitarian purposes are still experiencing major difficulties despite US authorization and the creation of a special channel for some transactions under the interim accord on Iran's nuclear program.

When Mohammad Farivar, a gastroenterologist who teaches at Boston University and Harvard Medical School, tried to send slightly more than $100,000 to Iran this summer from his charity’s long-standing account at what is now Santander Bank, he found it not only impossible to complete the transaction, but was also notified shortly thereafter that his account would be summarily closed. The doctor shared his correspondence with the bank, and his frustrations, with Al-Monitor.

Farivar said he had collected the funds from Iranian-Americans in the Boston area on behalf of the Earthquake Relief Fund for Orphans, a charity he founded more than two decades ago, to build an addition to an orphanage in the Iranian city of Kashan. He deposited the money in the organization’s account at Santander, which took over Sovereign Bank, where the charity opened an account in 1990.

Farivar's nonprofit has aided earthquake victims in other countries, including Pakistan, and it sent money to Iran following the 2004 earthquake in Bam. Farivar said he decided to go forward with the Kashan project because a year ago, the Treasury Department’s Office of Foreign Assets Control (OFAC), which deals with sanctions, gave blanket approval for such activities.

A Treasury official confirmed to Al-Monitor that on Sept. 10, 2013, the department issued a general license permitting US nongovernmental groups “to provide certain humanitarian and not-for-profit services to Iran that directly benefit the Iranian people.” The license authorizes funds transfers in support of such activities of up to half a million dollars a year.

Iranian-Americans are also authorized to send personal remittances to family and friends in Iran. The official said, “So long as the funds originating from a US financial institution are routed through a third country, the ultimate destination could be either a non-designated [not sanctioned] Iranian bank or money service provider.” The official added that this mechanism predates the interim nuclear deal signed with Iran last November.

When Farivar tried to wire the money from the charity’s account to an individual at an HSBC bank in Hong Kong for transfer to Iran, Santander closed the account. Farivar complained to Roman Blanco, president of Santander’s operations in the United States. Blanco did not respond, but JoAnn Gruber, a vice president of the Spain-based bank who manages customer relations with Americans, replied in a Sept. 26 letter that Farivar shared with Al-Monitor.

Gruber wrote, “Any decision to close an account is our decision and no information regarding such a decision is communicated, released or provided to any individual or entity outside of the bank.” According to Farivar, “They closed a legitimate account because I tried to send money to a person in China” to then transfer to Iran following OFAC guidance. Blanco did not respond to an email inquiry from Al-Monitor.

Farivar said he found the Chinese individual through a money-exchange house in Iran and that the procedure — encouraged by OFAC because the United States bars direct transactions between American and Iranian banks — is prone to abuse. “It’s money laundering 101,” Farivar said.

Iranian-Americans have long complained that US sanctions force them to use murky channels to send and receive money from Iran. Hopes that the nuclear negotiations would make it easier to conduct such transactions have not been realized, even as Iran has gained access to several billion dollars in oil revenues that had been frozen in foreign accounts.

The new channels are intended for trade with entities that the government of Iran has approved but apparently not for ordinary individuals. What’s more, the US Treasury will not identify the channels, although they are reported to include banks in Japan and Switzerland. “These channels are for the big money,” Farivar told Al-Monitor. “Nobody is going to worry about my $100,000.”

Many Western banks continue to refuse to do any business involving Iran because of heavy fines imposed by US authorities against several that violated the sanctions. Farhad Alavi, a lawyer who advises Iranian-Americans as well as multinational corporations on trade issues, said US sanctions effectively force many individuals and entities dealing with Iran to use methods akin to hawalas, whereby money is given to a broker in one country and paid out by a broker in another country. Fees are high and abuse is common, he said.

“It inherently makes transactions look more suspect in many ways, whether you are selling medical devices or just receiving remittances,” Alavi stated. “To a bank, an authorized payment for food sales or a remittance might come from a trading company in Hong Kong or Kuwait. A lot of things can happen that are not traceable.”

Alavi added that US banks fear violating a combination of regulations, beginning with the Patriot Act passed after the Sept. 11, 2001 attacks. “This, coupled with the rise in the use of economic sanctions regulations as an instrument yields what we have today,” he said.

Iranian-Americans had hoped the situation would improve following the conclusion last year of the Joint Plan of Action between Iran and the five permanent members of the UN Security Council plus Germany (P5+1). Under the accord, which was extended in July until the end of November, the P5+1 promised to “establish a financial channel to facilitate humanitarian trade for Iran’s domestic needs using Iranian oil revenues held abroad.” The channel is also supposed to help Iranian students in the United States pay their expenses.

In Washington at a Sept. 28 conference of the National Iranian-American Council, Erich Ferrari, another lawyer specializing in sanctions, said that it had taken until May to establish the channel. He said Treasury officials tell American companies seeking to sell goods to Iran to “ask your importers in Iran” how to get paid, rather than telling Americans what foreign banks to approach.

US officials have hinted that it might be possible under a comprehensive nuclear agreement to re-establish correspondent accounts between US banks nd Iranian banks that have not been designated for support of terrorism or other illicit activities. This would likely restore Iran to the global electronic banking transfer system known as SWIFT. The prospects for such an accord are, however, uncertain.

“OFAC and the Treasury have gone to great pains to say that humanitarian transactions are authorized,” Alavi told Al-Monitor. “OFAC needs to come up with a viable route.”

The Treasury official told Al-Monitor, “Americans who are experiencing problems or misunderstandings on how to transfer personal remittances to Iran under the regulations can call the OFAC helpline at 202-622-2580 or email OFAC_Feedback@treasury.gov. ”

As for Farivar, he said he’s been waiting to get back the $121,860.78 that was in the Santander account so he can return the contributions to those who thought they would be helping to build an orphanage in Iran.