The Iranian Hemophilia Society and a Tehran-based banker allege that US-led sanctions are keeping needed drugs and medical products from Iranians with life-threatening conditions. At least one Iranian-American organization says they're right. 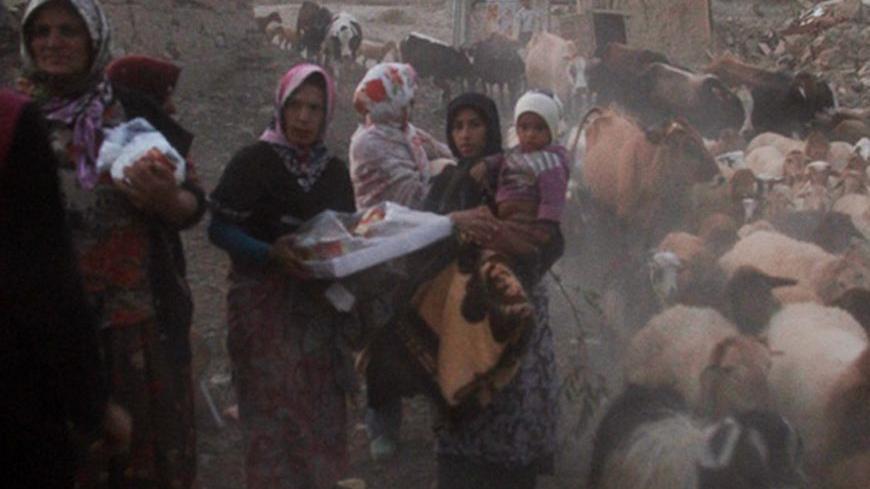 As the Obama administration continues to weigh options for aiding earthquake victims in Iran, an ever more complex web of US sanctions is depriving Iranians with life-threatening conditions of the drugs and other medical products they desperately need, according to two letters obtained by Al-Monitor – one from the Iranian Hemophilia Society (IHS) board of directors, the other from a private Tehran bank's managing director.

"Although medication is excluded from the sweeping US and EU sanctions imposed upon Iran, these increasingly restrictive economic sanctions are now beginning to seriously affect the care of vulnerable patient populations, such as children suffering from inherited bleeding disorders like hemophilia," states the IHS letter, which was shared with Gulf 2000, a private list-serve managed by Columbia University. Those patients "are now being progressively denied their right to treatment with modern, licensed concentrates which are so vital to their well-being, and indeed, to their very survival," the letter continues. "This is because essential medication, not manufactured in Iran, can no longer be paid for and imported from abroad, due to the virtually absolute restrictions placed upon the movement of money."
According to the society, 8,000 Iranians are suffering from blood diseases that require such medication. Left untreated, the letter notes, "severe hemophilia causes repeated, painful joint and muscle bleeds, which culminate in crippling, but may also result in death due to cerebral hemorrhage or uncontrolled bleeding after trauma."
US Treasury Department regulations exempt medicine and medical products from sanctions, a fact that was reiterated Tuesday (Aug. 14) in new guidance issued by the department in the aftermath of the Aug. 11 earthquakes in northeastern Iran. A department spokesman told Al-Monitor that banks should be able to handle payments for medicine and medical devices and that individual Americans can legally donate medicine to charities serving Iran.
"Historically blood plasma has been treated as medicine and we license it regularly as a commercial export to Iran under the Trade Sanctions Reform and Export Enhancement Act (TSRA) Program," the spokesman said in an e-mail. "As a medicine it would be eligible for donation under the humanitarian donation exemption and would not require a specific license from OFAC [the Office of Foreign Assets Control] if it is being donated to relieve human suffering."
However, a plethora of laws that forbid US banks from direct or indirect contact with most Iranian financial institutions, including the central bank, has caused those banks to shy away from such transactions.
Trita Parsi, head of the National Iranian American Council (NIAC), said US banks, drug companies and even the US Postal Service are refusing to handle sales and donations of humanitarian items to Iran.  “We’ve got tons of examples of people who can’t get medicine,” Parsi told Al-Monitor. He said he knew of one case of an Iranian-American’s father-in-law who's in a coma because he couldn’t get the necessary medication from the United States.
The US Treasury Department has sanctioned 24 Iranian banks for alleged ties to the Iranian nuclear program, the Revolutionary Guards or terrorism. Eight banks are not yet sanctioned.
A second letter obtained by Al-Monitor came from Valiollah Seif, the managing director of Karafarin Bank, a private Iranian bank that is not on the US sanctions list. Seif wrote that as a result of US sanctions on foreign banks, "there exists no banking channel for payments to pharmaceutical suppliers in Europe and America… The most vital drugs for cancer and other severe diseases are now being denied to the Iranian population by the European manufacturers due to the lack of appropriate banking channel."
The second letter, which was e-mailed to Ahmad Iravani, an Iranian cleric who lives in suburban Washington, continues: “The Central Bank of the Islamic Republic of Iran is ready to provide sufficient funds for such payments. For this purpose some accounts are needed at the selected banks …"
Iran has been subjected to various economic restrictions since the 1979 Islamic revolution. But the breadth and depth of the sanctions effort has escalated dramatically over the last few years as Iran has continued a nuclear program in defiance of six UN Security Council resolutions. The most stringent penalties have come since 2010, when Congress passed and President Obama signed the Comprehensive Iran Sanctions, Accountability and Divestment Act. The law threatens to expel from the US market any foreign banks that deal with entities connected to Iran’s nuclear program, the country’s Revolutionary Guards or terrorism. Legislation passed last year adds Iran’s Central Bank to a list of more than 20 banned Iranian institutions. Foreign financial institutions, weighing their US business against the Iran market, have fled Iran in droves.
The ostensible purpose of US sanctions is to persuade the Iranian government to change its policies on the nuclear front and to stop supporting groups that the US regards as terrorist. However, Iran has not altered its positions even as it has become more internationally isolated, its oil revenues have been halved and its currency has collapsed.
Iranian American organizations such as NIAC are urging the Obama administration to make clear that humanitarian trade is legal and to establish authorized channels for such transactions. Otherwise, they say, ordinary Iranians will be the innocent victims of government policies over which they have no control.
Barbara Slavin is Washington correspondent for Al-Monitor and a senior fellow at the Atlantic Council, where she focuses on Iran. She tweets @BarbaraSlavin1.