US Treasury Tries to Boost Medical Sales to Iran

The US government says it will increase humanitarian trade with Iran, but sanctions lawyers say the measures are not enough and still require authorized channels between US and Iran banks. 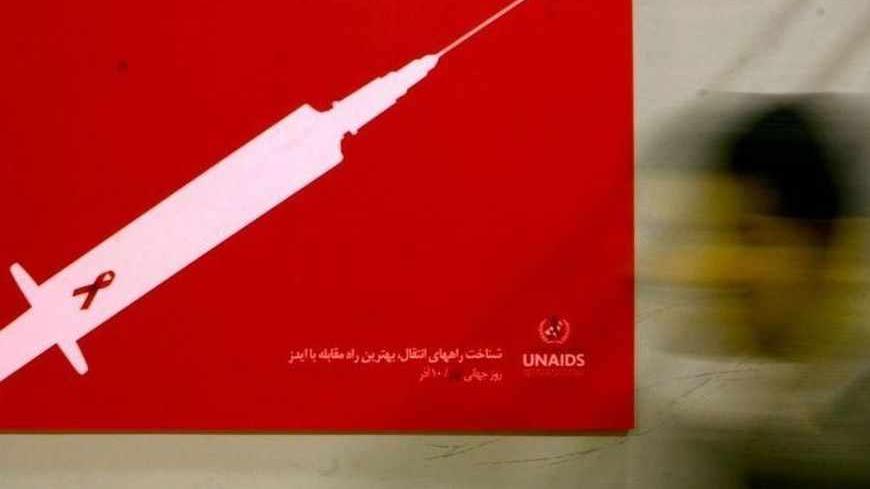 A man walks past a poster at a conceptual art exhibition in Tehran, Dec. 2, 2007. - REUTERS/Morteza Nikoubazl

The US Treasury Department, responding to widespread criticism that US financial regulations have depressed sales of foreign medicine and other humanitarian items to Iran, on Thursday [July 25] issued an advisory that seeks to encourage these sales by underlining that they are not subject to US sanctions and expanding the list of medical devices that can be sold to Iran without a license.

The advisory, obtained shortly before its official release by Al-Monitor, does not, however, establish an authorized channel for transactions between US and non-sanctioned Iranian banks, reducing the chances that it will substantially boost US sales of food and medicine or resolve a host of other problems that complicate humanitarian transactions between the two countries.

US sanctions all contain exemptions for humanitarian items but such trade has dwindled as the nuclear stand-off with Iran continues. The crisis has intensified since last year, when European countries stopped buying Iranian oil and other traditional Iranian clients such as China, Japan, India and Turkey were forced to cut back imports or face US penalties.

Iran has had trouble adjusting to the sharp drop in oil earnings and is also facing difficulty repatriating those earnings. At the same time, European, Asian and other non-US banks are increasingly reluctant to have any dealings with Iran for fear of being subjected to additional scrutiny by the US government and banking regulators.

The guidance Thursday by the US Treasury’s Office of Foreign Assets Control (OFAC) tries to address these concerns by stressing that non-American banks and companies can accept payment for humanitarian goods from the accounts of the Central Bank of Iran (CBI) in countries still importing Iranian oil and from Iranian banks that have not been sanctioned for alleged links to Iran’s nuclear program or terrorism.

“For example, Iranian oil revenues held in CBI or non-designated Iranian bank accounts at foreign banks may be used to finance exports of food, agricultural commodities, medicine or medical devices to Iran — from the country in which the account is held or from any other foreign country — without triggering sanctions for the foreign bank, as set forth in the Iranian Financial Sanctions Regulations,” the advisory says.

At the same time, OFAC expanded the list of basic medical supplies that can be sold to Iran without obtaining a license to include “electrocardiography machines (EKGs), electroencephalography machines (EEGs) and dialysis machines, along with other types of equipment that are used by hospitals, clinics and medical facilities in Iran.”

In a conference call with reporters, Undersecretary for Terrorism and Financial Intelligence David Cohen and Deputy Assistant Secretary of State for Near Eastern Affairs Brett McGurk bypassed questions about whether the announcements were timed as a goodwill gesture to incoming Iranian President Hassan Rouhani, who takes office Aug. 4.

Indeed, the steps announced Thursday came after a long review of the impact of US banking sanctions on humanitarian trade with Iran and widespread reports of shortages in life-saving drugs in Iran since last year.

While Cohen said the purpose of the new guidance was “to accelerate trade” in these areas, the initial reaction to the measures by those dealing with such transactions was lukewarm. Several lawyers and bank representatives said the new advisories would not persuade European and Asian banks to resume or increase business with Iran even in authorized areas.

“Until there is a very safe, effective way to do this stuff, foreign financial institutions will not take the risk,” Erich Ferrari, a sanctions lawyer in Washington, told Al-Monitor. He pointed to multimillion-dollar fines imposed on foreign banks such as Bank of Tokyo Mitsubishi for sanctions infractions.

Another lawyer, who asked not to be identified because of the sensitivity of the topic, added: “The reality is that banks are beholden to their regulators, who see Iranian transactions as risky.” The lawyer added that even major agricultural and pharmaceutical companies are having trouble finding channels to get paid.

The problems are compounded for small companies and for individuals seeking to move minor amounts of money to and from Iran. To facilitate humanitarian transactions such as remittances, the lawyer said, the US “Treasury would have to create a blessed channel and specify an American financial institution — like a Western Union or American Express.”

During the 1990s when the government of the former Yugoslavia was under sanctions, the US government set up such a channel, giving a bank based in New York a license to open an account in a Yugoslav bank for authorized transactions.

Asked about this by Al-Monitor, Cohen said that the situations were different because Yugoslavia was not suspected of seeking nuclear weapons. He added that an authorized channel to Iran was unnecessary and suggested that Iran would take advantage of such a channel even though it presumably would be subjected to heavy scrutiny.

“The creation of a blessed channel is just an invitation to mischief,” Cohen said.

Iranian-American organizations welcomed the expansion of medical devices that can be sold to Iran without a license but said the lack of an authorized channel for financial transactions means that Iranian Americans will continue to be forced to resort to shady means that are far less easy for the US government to monitor and thus much more subject to Iranian government abuse.

“While US sanctions also allow for certain activities in relation to personal and family remittances, restrictions have caused banks to shy away from such non-prohibited activities,” Morad Ghorban, director of government affairs and policy for the Public Affairs Alliance of Iranian-Americans, told Al-Monitor. “This contributes to the rise of the underground economy by pushing legitimate transactions toward illicit transfer methods through the use of Hawalas and Saraafs.  Implementing direct banking channels for already legal transactions can help stem the rise of illicit transfer methods and bolster national security. It would facilitate personal and family remittances in a manner that is more transparent and subject to strict government oversight.”

Jamal Abdi, policy director of the National Iranian American Council (NIAC), said in a statement that while NIAC applauded the expansion of medical items that can be sent to Iran without a license “the Obama administration needs to help create a clear pathway for humanitarian transactions through the financial blockade that sanctions have created. Without this, the effect of today’s authorization for medical devices will be severely blunted.”