Hezbollah has taken responsibility for an Oct. 7 attack on an Israeli patrol in the Shebaa Farms region, vowing future retaliation against Israeli aggression. 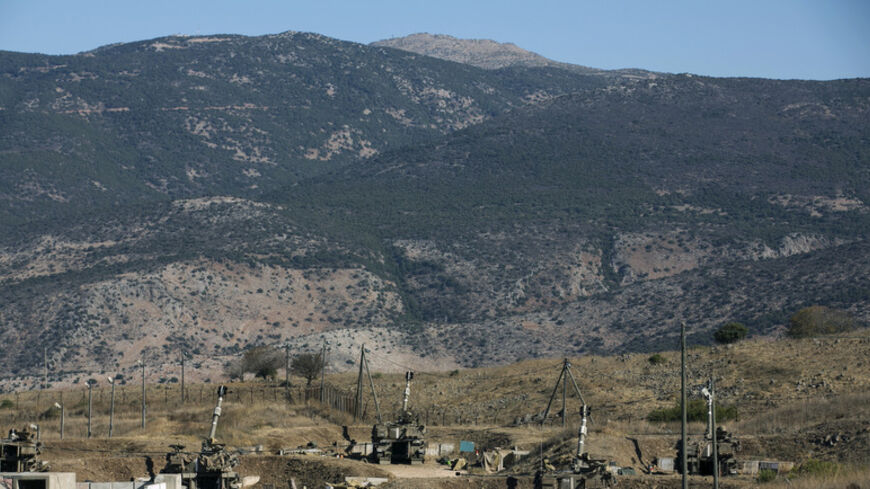 BEIRUT — The Shebaa Farms are back in the news headlines again. A roadside bomb exploded Oct. 7 near an Israeli patrol, injuring at least two Israeli soldiers and diverting attention from Syria to southern Lebanon's borders. A few hours after the incident, Hezbollah’s Al-Manar attributed the attack to Hezbollah, specifically, Hassan Ali Haidar’s group within the Islamic resistance movement. The group's namesake, Haidar, a Hezbollah member, was killed Sept. 5 after discovering an Israeli spying device that was then detonated remotely by an Israeli drone.

The Oct. 7 explosion marks the second time Hezbollah has claimed responsibility for an attack in the Shebaa Farms region since the Second Lebanon War (2006), which set new rules for the game. A Lebanese source told Al-Monitor, “Hezbollah is saying clearly that the old rules aren’t valid anymore and that any Israeli assault is going to be responded to. Israel is delusional that Hezbollah’s fight in Syria will prevent them from responding to aggressions. Hezbollah wanted to give them a wake-up call at the right place and time.”

According to the source, the attack was mainly in response to the Sept. 5 drone incident that killed Haidar. “There’s a need to tell Israel that whenever it’s going to attack, it better expect a response,” said the source, who recalled the latest statements by the Israeli army's chief of staff Benny Gantz that threatened to knock Lebanon back 80 years. “Hezbollah wanted to convey a message that these are empty threats and that they are ready for all scenarios: fighting in Syria, fighting in Lebanon, fighting anywhere — it’s a matter of being wherever duty calls.”

Since 2006, the Israel-Lebanon border has witnessed only a few security incidents, most of which occurred between 2013 and 2014. Excluding the Oct. 7 attack, the last attack in the Shebaa Farms region took place in May 2014. Hezbollah remained silent on the May 2014 attack until Secretary-General Hassan Nasrallah told the Lebanese daily As-Safir that his men had launched the attack in retaliation for Israel’s April 2014 airstrike on a Hezbollah base in Janta, on the Lebanese-Syrian border.

Prior to that, on Aug. 7, 2013, a group of Israeli soldiers had crossed 400 meters (0.25 miles) across the Lebanese border when a Hezbollah-planted land mine exploded, wounding four soldiers.

“Both Hezbollah and Israel are keen to enhance the deterrence on the borders,” said an official security source in Beirut. “Hezbollah is always concerned over the southern borders. Despite the war in Syria they continued to invest in the southern borders, under the eyes of both the Lebanese army and the UN interim forces there.”

The source said, “Until this moment there are no reports that Hezbollah’s southern front has been affected by the war in Syria; they boosted their forces by recruiting more fighters, adding to the ones in the south and covering the need inside Syria and on the borders. But lately, we've heard they were in Iraq. They are overstretched and this is going to impose on them decisive and strategic choices. They can’t afford to be everywhere.”

Enhancing the deterrence between Israel and itself via the southern border is a main concern within Hezbollah. A strong border keeps the southern front calm for longer periods, and Hezbollah believes that by showing readiness for confrontation, a message is sent to the Israeli side not to take advantage of the current situation and try to impose new rules of the game.

“Hezbollah knows well that Israel can’t go into a war at the current time and not in the near future. They failed in isolated and besieged Gaza, so no way can they achieve anything in Lebanon,” said the well-informed Lebanese source. “All [Israel] wants to do is add pressure on the party and create a new challenge — a kind of distraction to help their allies in Syria. This proves once again the link between both. It might be an indirect link, but they share common ground.”

According to the source, Hezbollah conducted a strategic assessment of near and future challenges. “Syria continues to be the main red point on the map, yet the Lebanese border with Syria is becoming redder than ever, while the southern borders with Israel maintain its yellow status, despite the yearlong incidents.”