Hezbollah leader Hassan Nasrallah has claimed responsibility for the Shebaa Farms bombing that wounded Israeli soldiers, and Israel has filed a complaint at the United Nations, signaling that Israel understood the message. 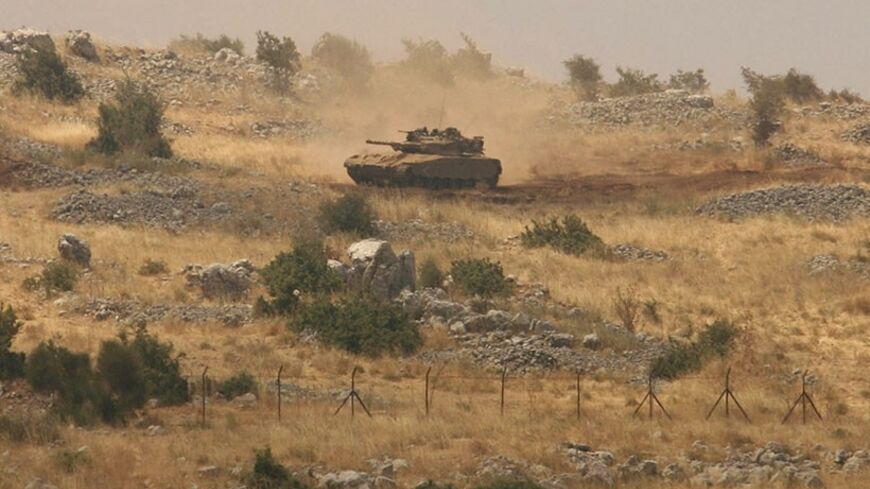 Sources close to Hezbollah told Al-Monitor that Israel filing a complaint with the UN Security Council against Lebanon has convinced Hezbollah that the party had made the right calculations and had the right forecasts. The sources revealed the nature of those calculations and their objectives.

They questioned why Hezbollah Secretary-General Hassan Nasrallah revealed in an interview on April 7 in Beirut that the explosive device that targeted the Israeli army post in the occupied Shebaa Farms on March 14 was the work of Hezbollah. They base their answer on the fact that Hezbollah entered the Syrian war alongside the regime forces to confront fundamentalists and extremists there.

Since then, Hezbollah has been trying to address several negative consequences of that involvement. First, by not giving the impression to its supporters and its base that it has redirected the “central cause” from the south to the north. Second, by constantly directing messages to Israel that its forces fighting in Syria are not from among those assigned to confront the Israelis in southern Lebanon. And third, by forming an image of confidence that the party has enough human and material resources to fight on more than one front at the same time without its strength being reduced anywhere.

By this logic, about two months after Hezbollah fighters took control of Qusair, near Homs, on June 5, 2013, an Israeli patrol infiltrated Lebanese territory in Labbouneh, near the seashore, on the night of August 7, 2013, and was hit by two explosive devices. The Labbouneh operation was clearly the work of Hezbollah, although it chose to keep quiet about it for more than eight months.

In the same vein, with Hezbollah fighters busy fighting in the Syrian area of Qalamoun in the past two months, it seemed that Israel chose to put out feelers for Hezbollah again. On the night of Feb. 24, Israeli aircraft raided a site in Janta, in the Bekaa Valley in east Lebanon, near the Syrian border. The raid seemed like an Israeli attempt to change the prevailing rules of engagement with Hezbollah since the Second Lebanon War and the issuance of UN Security Council Resolution 1701 on Aug. 13, 2006.

Yet, on Feb. 25, Hezbollah declared that the strike will not pass without a response. Then, on March 14, less than a week after Hezbollah fighters assisted Syrian regime forces in gaining control of the Syrian town of Yabrud, a bomb exploded in the Shebaa Farms area.

But why did Hezbollah decide to claim responsibility now, through its top official Nasrallah, for the Labbouneh bombing of August 2013 and for the Shebaa Farms bombing of March 2014? The sources close to the party said the reason is that a series of events have made Hezbollah’s leadership feel secure enough to claim responsibility for the two operations publicly. The sources explained that these events can be presented as follows:

First, the Shebaa Farms operation was not met by a large Israeli response. Second, on March 18 — just four days after the Shebaa Farms operation — at least four Israeli soldiers were wounded in another explosion targeting an Israeli army patrol in the occupied Syrian Golan Heights. The sources close to Hezbollah revealed to Al-Monitor that the Golan Heights explosion saw the use of a new weapon, and it carried the clear signature of the perpetrators. Nobody claimed responsibility for this operation, given that it happened far from Lebanese territory, whether liberated or occupied. Third, Palestinian factions that reject reaching a settlement with Israel were able to launch dozens of rockets at Israel from various points in the Gaza Strip around the same time as the explosions in the Shebaa Farms and the Golan Heights. So it seems obvious that there is one thread linking the three developments: Hezbollah is sending a message to Israel that any attempt to change the rules of engagement in Lebanon will not be confined to Lebanon's territory and will not be limited to the Lebanese front alone.

Subsequently, Hezbollah started monitoring the ​​Israeli reactions and analyzing its background and dimensions. The day after the Shebaa Farms operation, the Israeli army limited itself to shelling and to strafing fire on the potential locations where Hezbollah fighters might be located. After the Golan Heights operation, the Israeli army set its sights only on Syria and limited itself to bombings there.

This meant that Tel Aviv understood the message. Nasrallah declared that Hezbollah was behind the Shebaa Farms bombing, and that it was a response to the Janta raid. Thus, Israel decided to file a complaint against Lebanon with the UN Security Council, which in turn completely convinced Hezbollah that Israel has received the message, understood it and committed itself to its content — the rules of engagement are reversed to what was decided in the summer of 2006.

But will this hold? Or will there be repeated attempts for a violation?