Increased terrorist activity in the Middle East has Russia rethink its foreign policy, and support the Arab League's intention of a "comprehensive treaty of collective security." 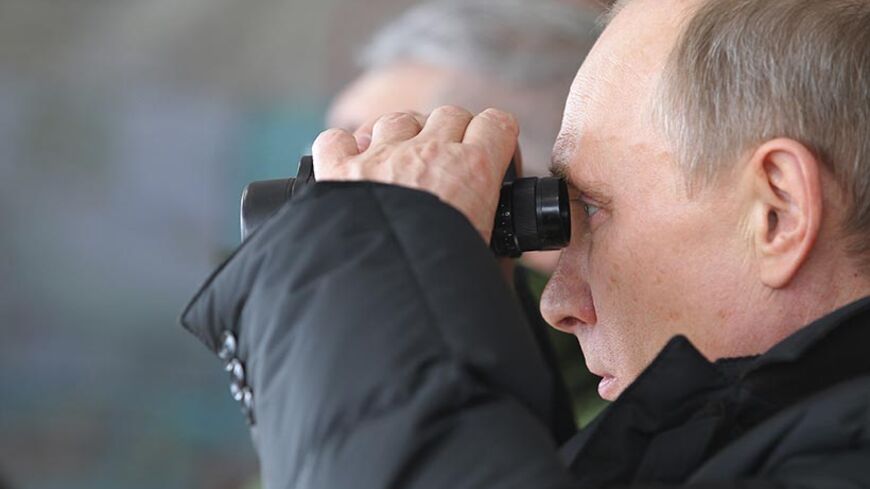 In recent months, the Ukrainian crisis and the sharp deterioration in relations between Russia and the West have pushed the Middle East up the scale of Russia's foreign policy priorities. The sudden and rapid surge in terrorist activity in the Middle East and North Africa as well as the terrorists’ military successes in Iraq have determined Russia’s renewed focus on the region. Moreover, there is every reason to believe that — in concomitance with the first signs of improvement in the situation in Ukraine and the Kremlin’s increasing confidence that it will manage to weather down the critical impact of the sanctions war unleashed by the West on the Russian economy (Russian leaders even speak of useful domestic resource mobilization as a result of Western sanctions) — the importance of the Middle East will only continue to grow. This concerns Russia’s relations with the Arab world — as the latter unites in the fight against the Islamic State (IS) — as well as with non-Arab regional players such as Iran, Turkey and Israel.

Moscow has long tried to draw the attention of its foreign partners to the need to combat terrorist groups in Syria, which have now turned into the main force leading the fight against government forces in the country. Russia has expressed its full support for Iraq in its fight against IS, and very quickly took the decision to supply the first batch of Su-25 aircraft to Baghdad. Moscow also called the adoption of a resolution condemning the crimes of IS at a special session of the UN Human Rights Council on Sept. 1 "a landmark." At the same time, Russian diplomats stressed once again that the spike in the terrorist threat was in many respects the result of "an external unlawful military intervention in the internal affairs of states to serve a mercenary geopolitical agenda."

Still, the US Air Force airstrikes on the positions of IS militants in Iraq have not caused any negative reactions in Moscow, primarily because they were carried out following the appeal of the country’s authorities. Russia is also extremely interested in the elimination of terrorist nests in the region, being itself the object of their threats. Only a few isolated experts have voiced criticism, but generally have done so without casting doubt on the legitimacy of US actions. Some noted, for example, that the West’s opposition to terrorists is selective; that the West "will not succeed in withstanding" the jihadists; or that "the cruelty of the IS militants plays in the hands of the US war lobby."

Even more significant for Moscow was the meeting of the Arab League's foreign ministers on Sept. 7 and the document they adopted, which envisages the creation of an early warning system and the formation of a coalition of Arab forces on the model of the NATO peacekeeping force, to help Arab regimes in the fight against militants from Islamist groups. The official Russian news agency ITAR-TASS highlighted the following passage in the statement of the Arab League secretary-general, Nabil al-Arabi: "Currently, discussions are ongoing concerning a comprehensive treaty of collective security. This would allow us to confront together the threat faced by Arab countries. Alone we are weak and unable to deal with such threats."

This statement and the adopted document raise a series of questions:

The Russian media reported that, according to diplomatic sources, the foreign ministers initially intended to support the US-led campaign against IS, but the text of the resolution contains no explicit endorsement of military action. It is true, however, that the call on the Arabs to cooperate with the United States and Iraq can be regarded as tacit consent to Washington’s anti-Islamist campaign. In this context, the Arab League decisions can be considered a diplomatic victory for the United States.

Russia’s increasing attention to the region also stems from events unfolding in the arena of ​​the Israeli-Palestinian conflict. On Aug. 31, the Israeli authorities announced plans to seize some 400 hectares of land in the vicinity of Bethlehem. Moscow responded the following day, though the language of the official statement of the Russian Ministry of Foreign Affairs was quite balanced. The ministry called on Israel to reconsider these plans, stating that "such unilateral action would significantly damage the prospects of the Palestinian-Israeli peace process." Also, it was emphasized that peace should be based "on the principle of drawing the borders of a future Palestinian state on the 1967 lines with agreed territorial swaps."

In the course of debates organized in Russia about current events, different — and even diametrically opposed and rather harsh — assessments were voiced. Well-known Russian journalist Maxim Shevchenko lamented that "in Russia, they not only believe but also prove Israel’s right to villainy" and that "any voice in support of Palestine has a hard time finding its way in the Russian media."

Analysts in Moscow have drawn attention to reports of serious tensions arising between Palestinian Authority (PA) President Mahmoud Abbas and the leader of Hamas, Khaled Meshaal, in spite of the agreement on the establishment of a coalition — or, more precisely, a technocratic — government. According to the Lebanese newspaper Al-Akhbar, during his visit to Qatar in August this year, Abbas accused Meshaal and other Hamas leaders living abroad of the breakdown of negotiations with Israel and of being in contact "with his ideological opponent Mohammed Dahlan to carry out a coup." According to the Israeli radio station Reshet Bet, which cites the same Lebanese newspaper, this information was passed on to Abbas by the head of the Israeli General Security Service (Shin Bet), Yoram Cohen, during a meeting with Abbas. At the same time, on Aug. 18. the Shin Bet assented to the publication of reports on the arrest of 93 Hamas militants in the West Bank. The militants belonged to "terrorist cells" in 46 villages in the Palestinian territories: They would apparently be ready not only to seize power from the PA, but also to carry out a series of terrorist attacks against Israelis, including in the Temple Mount. Some Russian analysts have noted that, at this point, a well-prepared operation of the Israeli secret service took place, aimed at implementing two simultaneous objectives: striking at Hamas military structures and sowing discord between the leaders of the two Palestinian movements to disrupt their agreement on reconciliation.

However, in the course of the debates that took place in Moscow during the latest crisis in the Gaza Strip, it was suggested that the Shin Bet and, more broadly, the entire Israeli security system had been ineffective. First of all, Israel — fixated as it is with the "existential threat" posed by Iran — overlooked the numerous tunnels dug by militants, in the construction of which the Hamas movement showed exceptional skill and ability to operate covertly. Second, the Israeli air defense system — though it protected vital installations from being damaged with the help of the quite effective Iron Dome — was still unable to provide full protection for Israel’s airspace from the most primitive rockets. Third, as Israel retaliated with exceptional cruelty, without regard to losses among the civilian population, it has suffered severe damage to its reputation, which one way or another will have an impact on its safety.

Speaking about the growing importance of the Middle East region for Russia, one cannot ignore Russian-Iranian cooperation. In this regard, of particular relevance are efforts currently under way to implement Moscow’s strategic decision to purchase large amounts of Iranian oil. Some experts point out that this has nothing to do with Russia’s need for the fuel itself — of which it has enough — but everything to do with the accumulation of reserves to influence the setting of prices on the world market.