Saar no match for Netanyahu

Interior Minister Gideon Saar must bear in mind that a political vacuum always fills up, especially when taking into consideration that there are two figures still in the Likud Party who could vie the seat of Prime Minister Benjamin Netanyahu. 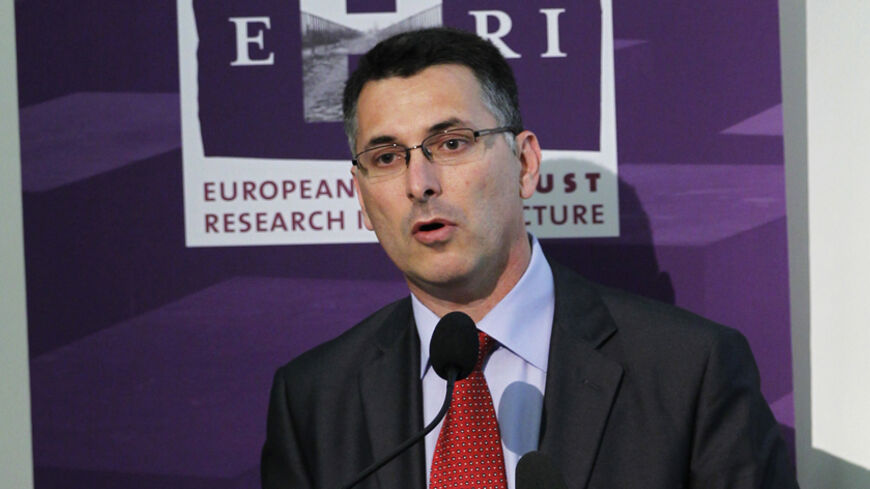 Only a few days after Interior Minister Gideon Saar’s dramatic announcement on Sept. 17, many of his former supporters have started to look for another Likud Party official to support. Saar’s colleagues in the faction, who are eyeing the now-empty interior minister slot, did not wait even a day: They went out and demanded their booty that very evening. Politics abhors a vacuum.

Saar’s announcement was greeted with shock. In contrast to stories that are popping up that he was ready to resign several times in the last two years, in truth, not one of Saar’s hundreds of faithful followers expected such a step. On the contrary: Saar allowed them to think that he hoped to run for the Likud leadership. They came to the celebratory New Year’s toast on Wednesday because they viewed the interior minister as a rising star in the party, maybe even the next leader. Prominent Likud members who conversed with Saar in recent months, when the disconnect between the prime minister and Saar was at its height, never got the impression that the latter had intentions of resigning. In fact, in some of these personal conversations Saar discussed openly the scenario of running against Prime Minister Benjamin Netanyahu.

The important thing that Saar understood from these tête-à-têtes is that he would be unable to recruit a significant camp of Likud seniors to run against Netanyahu for Likud chairman, so long as the latter remained prime minister. Simultaneously, Saar put out a feeler to former Communication Minister Moshe Kahlon, who is trying to found a new party. Both of them are “Bibi's [Netanyahu] victims,” both are among the most popular of the Likud officials and both certainly share a common language. Nevertheless, they were unable to reach understandings about running together on the same platform. Thus, we see that Saar examined possibilities of continuing his political career outside the Likud.

Netanyahu was well aware of Saar’s political moves and received reports almost in real time on several of Saar’s tête-à-têtes. Thus, Netanyahu concluded that before Saar could challenge his leadership, he must deliver a pre-emptive blow on his former close associate. (Saar was Cabinet secretary during Netanyahu’s first term in office, and was viewed as being Netanyahu’s political adherent for many years.)

Netanyahu held inner-Likud consultations based on information regarding Saar’s plans. Following these consultations, a decision was made over the last two weeks, by which immediately after the holidays Netanyahu would announce, ahead of schedule, early primaries for the Likud leadership. In other words, “instant primaries.” He did the same thing in the past to thwart Minister Silvan Shalom and planned on doing it again. Under such a scenario, Saar didn’t stand a chance. In those inner-Likud parleys Netanyahu said dismissively that even in the worst-case scenario the fight would end with 70-30 in favor of the incumbent. Even though Saar was very popular in the Likud, he is not perceived by the general public as a candidate for prime minister. In fact, public opinion surveys show that there is no one in the political system or outside it who even comes close to Netanyahu regarding suitability for the premiership.

The Likud chairman behaves as he always did. Saar saw up close, over recent years, how high-echelon Likud members decided to leave the party after they accumulated too much power or influence. The list includes former Ministers Dan Meridor, Roni Milo, Yitzhak Mordechai and Moshe Kahlon. Saar also understood that, as opposed to the hopes of certain elements in the political system’s right and left, Operation Protective Edge did not significantly harm the prime minister’s standing. Therefore, despite Saar’s claims that he decided to resign to focus on his personal life, in fact he adopted a political tactic; he understood that he would lose if he raced against Netanyahu. Although he probably did want some time-out for his relationship with his new wife, journalist Geula Even, this was only a contributing factor. It was not the main reason for the interior minister’s startling move.

Saar’s resignation has no immediate effect on the political system and is not causing a chain reaction. So as long as it remains unclear if and when he will return to politics, and whether he will return to the Likud or join Kahlon, Netanyahu does not face any immediate or palpable threat to his rule of the Likud. As Netanyahu’s close associates said, he really “shed no tears” over Saar’s announcement. Instead, he put a check mark down on his list for another successful political liquidation.

Nevertheless, the prime minister does have reason to worry about the atmosphere in the Likud and the way the public views the resignations of Saar and Kahlon. This atmosphere very much evokes the quarreling, frustrated Likud at odds with itself under Netanyahu’s leadership at the end of 1999, when the movement’s prominent members left and founded the Merkaz-Center Party. The new party then helped topple the Likud, leading to the victory of the Labor Party and former Prime Minister Ehud Barak in the elections. Meanwhile, no dominant candidate like Barak is on the horizon, but there is always the off chance that Netanyahu could lose the rulership due to cooperation between different parties, with one of them at least composed by former Likud members.

Why did Saar resign and not wait? Only 47 years old, he could have afforded to wait and inherit Netanyahu's position in a few more years, and then rehabilitated the party. In this time-out that he took from political life, he took a big risk that might put an end to a brilliant public career. As aforesaid, politics abhors a vacuum and Likud activists will look for other figures to rally around and support, for "the day after Netanyahu."

In this context, late Prime Minister Ariel Sharon comes to mind. In 1996, Prime Minister-elect Netanyahu planned on leaving Sharon outside the government, even though Sharon had helped him defeat former President Shimon Peres. Netanyahu exhibited his typical ingratitude and only after pressure and threats did he agree to grant Sharon an expanded, custom-made economic portfolio. When Netanyahu lost in 1999, Sharon was there to rehabilitate the party and the rest is history. Sharon could have also complained about Netanyahu’s scheming and conniving, but unlike others he was tough and didn’t give up. Perhaps he really was made of different stuff and viewed politics as a long-distance race.

Therefore, it behooves us to pay attention to two others who remain in the Likud: Defense Minister Moshe Ya’alon, Netanyahu’s ally, and Deputy Foreign Minister Tzachi Hanegbi, also a close associate of the prime minister and someone who did not abandon politics despite the many obstacles placed on his path. In the past, Sharon was wont to say that Hanegbi has what it takes to be premier.