Prime Minister-designate Haider al-Abadi has shown balance and pragmatism in forming a government, but the danger of being drawn into sectarian rhetoric remains. 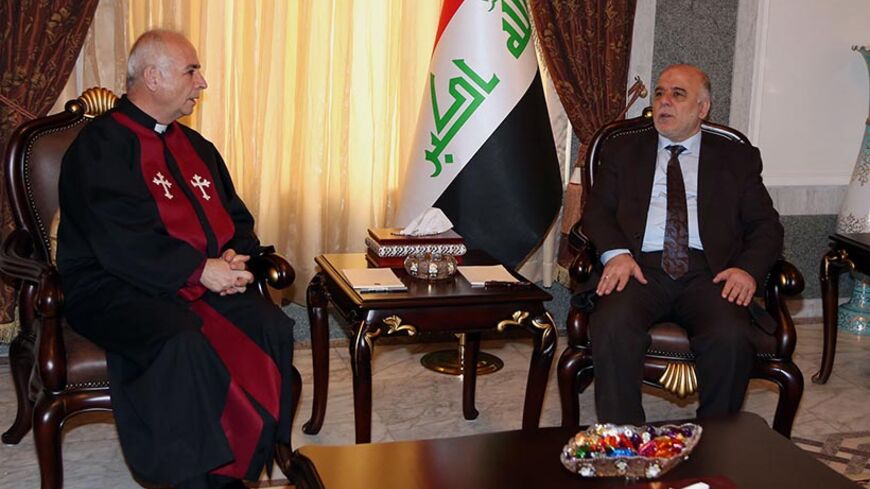 Iraq’s Prime Minister-designate Haider al-Abadi has not sought media attention or stirred up political, sectarian and nationalist sensitivities in speeches and statements since he was tasked with forming a government. His calm and balanced discourse has helped, to a large extent, to overcome many obstacles in the traditional formation seen in previous governments.

Preserving a balanced position when addressing the public or the political class amid such violence, crisis and bloodshed in Iraq is a difficult task, particularly if one is to appeal to the various political factions. Yet, having maintained an understated tone in speeches addressing public opinion so far, he has also been preserving this tone in his private meetings and consultations to form a government. This seems to be the result of an extraordinary effort by Abadi.

Many factors have contributed to the interruption of the Iraqi dialogue and to the country’s schism and real division between its components. Be it social, security, political, or regional and international, each element has played its role in causing the current status quo.

In addition to the general atmosphere reigning in the streets, there are further personal factors that deepened the interruption of dialogue. These factors are sometimes related to the way political leaders deal with each other, or the way members of parties and blocs respond to political tension among leaders.

At this stage, it is important that all sides adopt balanced positions, resume dialogue and political meetings, and create a positive atmosphere when dealing with the crises, its solutions and, mostly, each other. Nevertheless, it is also imperative that this atmosphere does not just prevail over the formation of the government: Calm and balanced positions should not be simply linked to the overcoming of the obstacle among parties, but to every aspect of Iraqi affairs.

The investment in the current political climate, its shift into a general political context and the achievement of a moral and legal obligation that allows the application of the Abadi government’s commitments in the next stage are all required to overcome the crisis as a whole.

One can say that Abadi has successfully achieved his first task, which precedes the formation of the government: to persuade all political parties, and convince the ordinary citizens, whether Sunni, Shiite, Kurd, Turkmen, Christian, Yasidi or Mandaic, that he is a prime minister representing all Iraqis.

His current position sheds light on his determination to counter the severe challenges that are impeding Iraq to advance as a stable county. Abadi might face significant temptation to be dragged into a tense or provocative speech, which would turn him into a representative of a particular denomination and an enemy of another.

Facing such challenges requires a strong conviction by Abadi himself that his current fruitful discourse will turn, in the future, into a mechanism of action that opens the way to a rare convergence among Iraq’s parties and components.

One must not forget that Abadi has made a balanced speech on Iraq's foreign ties and has gained unprecedented regional and international support. This was shown in the wide interest in Abadi whereby President Barack Obama, as well as European and key Arab figures, have directly contacted him — a move outside protocol. It is necessary to use such support in a way that enables him to make breakthroughs in the existing political bottlenecks in Iraq’s foreign policy.

Iraq is desperately in need of an action plan and mechanisms of dialogue and reconciliation in the long run. Abadi’s discourse, which coincides with the calm speeches of the new President Fouad Massoum and new parliament Speaker Salim al-Jabouri, may show a typical beginning for the development of such plans.