Iraqi prime minister’s task not an easy one

Amid the security, political and social unrest, the tasks of Iraq’s prime minister-designate, Haider al-Abadi, will be hindered if the people do not unite. 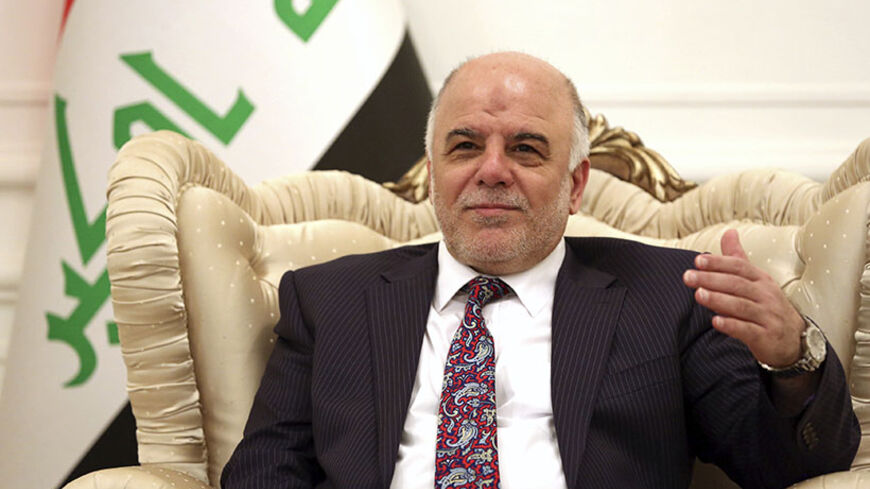 The tasks entrusted to Iraqi Prime Minister-designate Haider al-Abadi are primarily constituent tasks that entail a range of highly complicated responsibilities to be assumed amid great obstacles and impediments.

The new Iraqi prime minister will be dealing with a country that is rapidly rolling toward the abyss, since there is no longer a real guarantor capable of saving the unity of Iraq because of the depth of the differences plaguing the parties and spreading in social environments, which makes them more open to the idea of division. Moreover, extremist armed organizations control a great part of the country, and they continuously seek to expand, acquire human and economic expertise, while ensuring their long-term survival. These are all factors that complicate the task of the next prime minister, who has the greatest executive powers in the country.

This prime minister will inherit a government that failed to provide minimal internal consensus and agreement between Baghdad and the Kurdistan Region, among the provinces, among different Iraqi political representations and among the legislative, judicial and executive institutions of the political system.

But the task of the prime minister is not impossible, since there are always ways to provide solutions, even if they are difficult and painful and require sacrifices and concessions.

The most prominent task regards Abadi’s ability to play a decisive role in achieving reconciliation and consensus between the political and social Shiite, Sunni and Kurdish environments. This task involves investing the fateful difficulties and challenges faced by all Iraqi factions in passing a series of solutions and raising the ceiling of concessions.

The problem of achieving a comprehensive reconciliation between Shiites and Sunnis in Iraq seems more complicated than it looks in theory. Therefore, the prime minister, as a candidate for the Shiites, will have to raise questions that have yet to be raised about ensuring the participation of Sunni political actors in power, finding durable solutions to issues such as de-Baathification, the balance in institutions and appointments and the general amnesty. At the same time, he must start making serious arrangements to raise social sensitivities and begin long-term plans on the economic, cultural and legal levels to ease the exacerbated sectarian tensions in the country.

As soon as he was designated to form the new government, Abadi declared that everyone must unite against the terrorism campaign against Iraq and must stop all terrorist groups.

The difficulty of this lies in the opposition and objections that Abadi will have to face from political, religious or cultural Shiite actors. They will not easily accept major concessions of this kind, particularly in relation to the Baathists, terrorism and the way of dealing with militants. The prime minister will also face Sunni obstacles exemplified by the Sunnis’ demand for a comprehensive settlement of these issues and their refusal to accept a middle ground.

The situation is no different in settling the relationship between Baghdad and the Kurdistan Region. Abadi will discover that the executive system he leads is clinging to the central state project, especially as concerns administration, oil exports and the disputed areas. The Kurdistan Region, which is reaching the stage of announcing its independence and exporting oil independently, imposes its influence on Kirkuk and other disputed territories, and it will not accept solutions that do not take into account the new reality imposed by the Islamic State’s occupation of Mosul on June 10.

Under these complicated circumstances, the prime minister will have to persuade all the parties that the country needs solutions that rise to the level of the crisis, and do not produce another replica of the previous solutions that failed.

Reaching this difficult equation will quickly enable the prime minister to lead a joint security effort that would garner public consent while being based on a compromise regarding the liberation of the territory seized by IS. This difficult equation will also allow the prime minister to put forth effective security solutions to eliminate the organization, by bridging the gaps that IS takes advantage of to undermine the social, political and cultural structure in Iraq.

Rebuilding an Iraqi security and military system capable of addressing the challenges posed by extremist organizations, regardless of their background, ought to be taken out of its political framework. It should instead take into consideration the reality on the ground and the degree of social sensitivities caused by previous policies that led to the collapse of security and military infrastructure. This process should not be replaced by volunteers and militia.

The presence of Shiite militias in the army, of Sunni insurgents in the heart of any security scenario fighting IS, and of the Kurdish peshmerga as a vital part of the security landscape is a reality that the prime minister cannot terminate at the stroke of a pen. It is a deeply rooted fact, and a report about any kind of re-establishment that does not take such reality into account disregards the popular background upon which these representations and the three military powers are based.

The new prime minister will face severe criticism about how he deals with the military forces that are active on the ground. He will have to start a major project capable of containing these forces based on legal grounds. This project must pave the way for overcoming the imminent danger surrounding Iraq and give adequate time for the restructuring and re-establishment of the military and security institutions according to the most professional standards.

All of this will be accompanied by an equally sensitive task addressing two types of problems that hinder the Iraqi state. One of them is the legal aspect and allows the establishment of a comprehensive cooperation between the government and the president of the republic on the one hand, and the legislative power, political forces and media, social, religious and cultural events and institutions on the other. This cooperation permits passing dozens of inactivated laws that are capable — in the event that they garner compromise — of ending many of the current political bottlenecks. The second type of problem is finding the necessary and agreed-upon definitions of the vision of the Iraqi state concerning the economic policies that it will adopt, as well as foreign relations. Both projects are crucial and influential for the structure of the Iraqi security and political violence and deterioration.

The task of the next Iraqi prime minister will not be an easy one. All of the political parties and the Iraqi people will have to provide him with the necessary support, assistance and encouragement for him to take interactive steps capable of achieving the awaited transition in the collapsed Iraqi situation.