Iraqi election could lead to partition 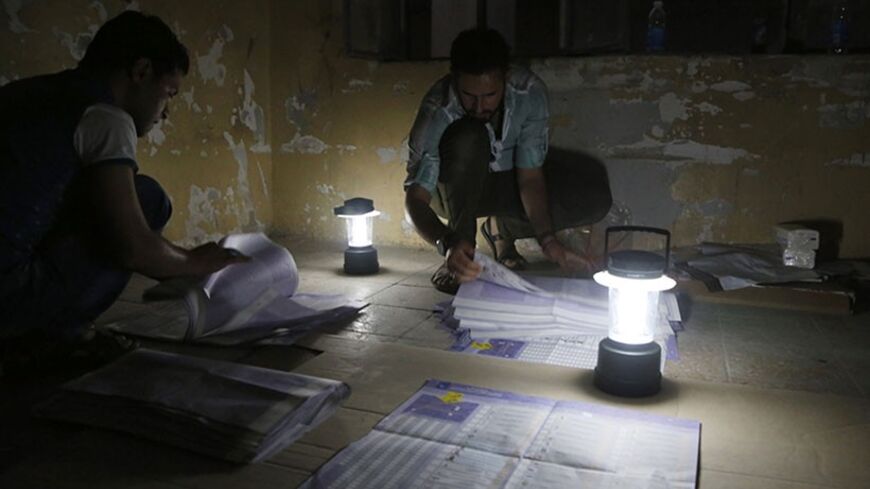 Today, with the country locked in a fateful election, the parties to Iraq's conflict are using the issue of partition to threaten their opponents — and the electorate.

Two key approaches will determine the Iraqi elections and the country’s unity. One is led by Prime Minister Nouri al-Maliki, who thinks that the current elections should produce a strong majority government that preserves the power of the central government. This is an implicit threat that a different kind of government, one that doesn’t include a third term for Maliki, would mean that Iraq will be lost in the political and geographic bickering, subject to the whims of the “partitionists” and that the country will split into political fiefdoms that will eventually secede.

Maliki — in his speeches, statements to those close to him and in private circles — claims that Iraq is going through a dangerous phase with major terrorist threats and explicit external interference, and that Iraq needs a capable central government that can preserve the country’s security and unity before the sectarian leaders partition the country.

On the other side stand the other political parties. They may disagree on many things, but all agree on the need to end Maliki’s reign and break up what they consider an unprecedented monopoly by the prime minister.

The parties that hold that view include most Kurdish and Sunni parties in Iraq, in addition to Shiite cleric Muqtada al-Sadr and to a lesser degree the Al-Muwaten current headed by cleric Ammar al-Hakim. This front generally claims that Maliki’s policies are leading to Iraq’s partition and that if he stays in power, the Kurds and the Sunnis will seek greater autonomy to escape the pressures of the central authority, thus leading to the country’s partition.

It seems clear that the Kurds don’t wish to remain part of Iraq under a central authority as Maliki sees it. And the Sunnis are standing behind the demands of Iraqi Kurdistan, believing that Maliki’s policies are the cause of this action. Prominent cleric Ahmad al-Qubaisi told Al-Monitor that the elections will determine whether Iraq stays unified.

Major provinces like Basra are working tirelessly and continuously toward demands of secession into semi-autonomous regions by complaining that the central government is preventing them from investing their resources without tiresome complications.

Given these interlocking routes, it is difficult to consider one side more right than the other, but certainly the division card is being used as leverage, to threaten and to warn.

Clearly, no one in Iraq is advocating compromise solutions for this equation. The high degree of centralization that puts all the power in the hands of a person, party, sect or ethnic group in a diverse and conflictive country like Iraq would effectively cause the country to split. But emptying the central authority of all its strength and handing that power to sectarian leaders or sectarian regions is not the ideal solution either, because that wouldn’t necessarily prevent partition, but may in fact speed up the process.

A realistic solution would be to balance the center, the regions and the provinces. The needed balance among the legislative and executive powers and the laws would prevent a person or a party from monopolizing power. Achieving such a balance requires consensus, and this would be different from agreeing to divide the ministries, the departments and the quotas. Rather, consensus would mean an agreement that preserves the country’s unity, and that agreement can be reached if everyone makes concessions.